They’re the Corvettes that time forgot. And 30 years ago, they were the ultimate prize in one of the most outlandish sweepstakes ever. A rare armada of 36 Chevrolet Corvettes has once again seen the light of day. The incredible fleet, which originally cost cable music network VH1 $610,000 in 1989 for a sweepstakes, has sat nearly abandoned in a New York City storage lot for about 25 years.

As it turns out, the tale of how thirty-six Chevrolet Corvettes can go instantaneously from making TV headlines to disappearing in plain sight for a quarter-century isn’t as nefarious as one might suspect. Back in 1988, long before VH1 dumped actual music for reality-based programming, the network figured it could tap into its then baby-boomer demographic and snag some ratings with a mega promotion based on the iconic Corvette. So the network enlisted a producer to gather 36 Vettes, one from each production year from 1953 to 1989 (the 1983 model year was skipped when production was halted to prepare for the launch of the ’84 C4). The giveaway was a call-in affair that required contestants to enter by dialing a 900 number at the cost of $2.00 per call. By the time VH1 had milked this promotion for all it was worth, more than a million people had entered.

In the end, it was Dennis Amodeo, a carpenter from Long Island, who came out on top and flew to California to accept his prize. But before he even hatched a plan to get all the cars back to New York, German-American artist Peter Max intervened, purchasing the collection from Amodeo for a reported $250,000 in cash, $250,000 in artwork, and a portion of future sales of the Corvettes up to $1 million. Apparently, Max had grand visions of using the Corvettes as an integral part of an art project. Although Max did retrieve the cars to NYC, the art project never came to fruition; paper color-test strips affixed to some of the cars remain the only clue of the artist’s original plans. For the better part of the last twenty-five years the Corvettes remained interned in a series of garages until the Heller and Spindler families finally convinced Max to sell, although they won’t disclose the price.

Now they have possession of the entire collection, restoration work under the watchful eye of Corvette aficionado and occasional concours judge Chris Mazzilli has begun, starting with the 1953 Corvette, which is number 291 of the 300 Corvettes produced in its inaugural year. The remainder of the cars will be either restored or simply reconditioned, as determined on a car-to-car basis.

One of these 36 Chevrolet Corvettes could be yours! Go ahead to Corvette Heroes website, and click on the “Enter Sweepstakes” button to make a donation to the National Guard Educational Foundation and you will be registered for a chance to win one of the one-of-a-kind Corvettes as they come back to life again. 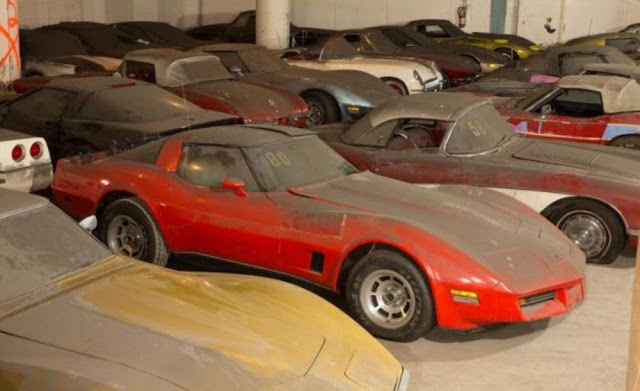 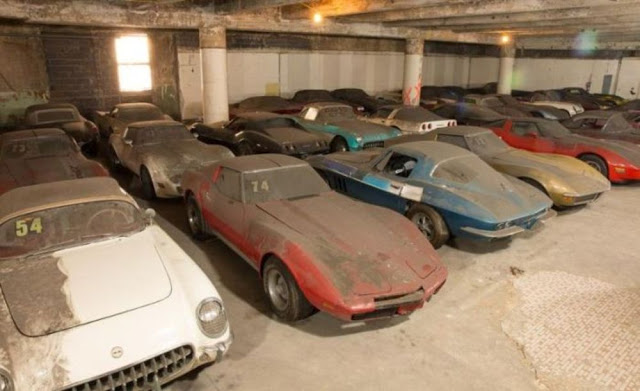 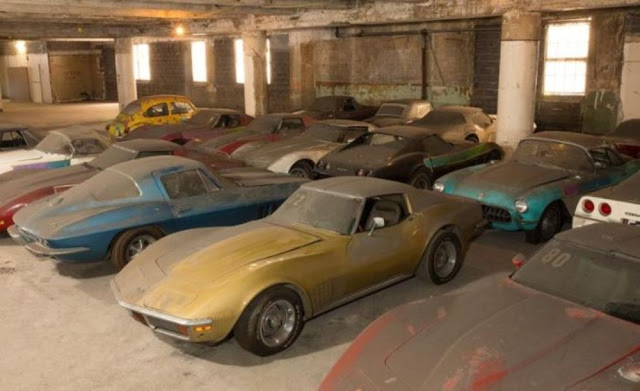 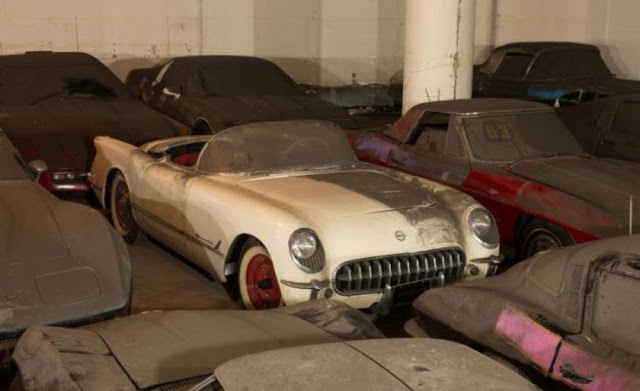 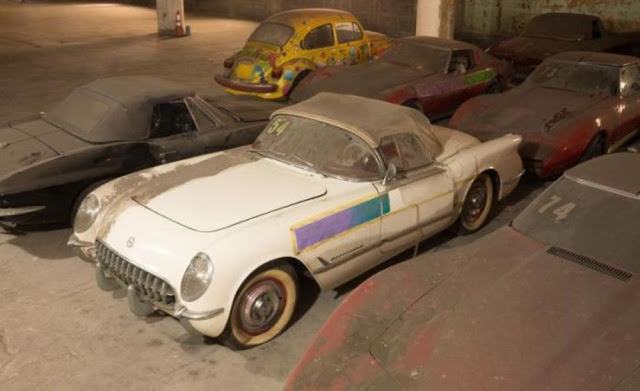