Construction between 1928 and 1929, Richfield Tower was served as the headquarters of Richfield Oil. It was designed by Stiles O. Clements and featured a black and gold Art Deco façade. The unusual color scheme was meant to symbolize the “black gold” that was Richfield’s business. Haig Patigian did the exterior sculptures. 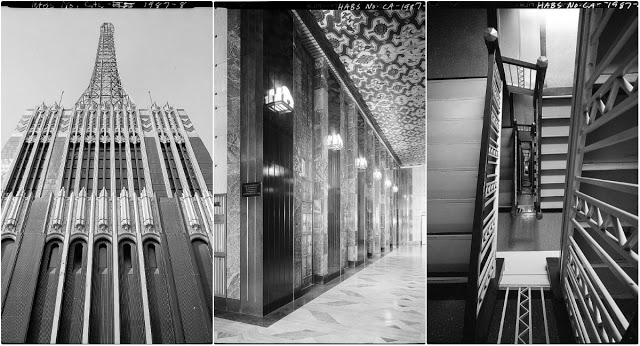 The building was covered with architectural terra cotta manufactured by Gladding, McBean, as was typical of many west coast buildings from this era. In an unusual move, all four sides were covered since they were all visible in the downtown location.

The 12-floor building was 372 feet (113 m) tall, including a 130-foot (40 m) tower atop the building, emblazoned vertically with the name “Richfield”. Lighting on the tower was made to simulate an oilwell gusher and the motif was reused at some Richfield service stations.

The company outgrew the building, and it was demolished in 1969, much to the dismay of Los Angeles residents and those interested in architectural preservation, to make way for the present ARCO Plaza skyscraper complex.

These amazing photographs from the American Historic Buildings Survey that captured the architecture of this building in the 1930s. 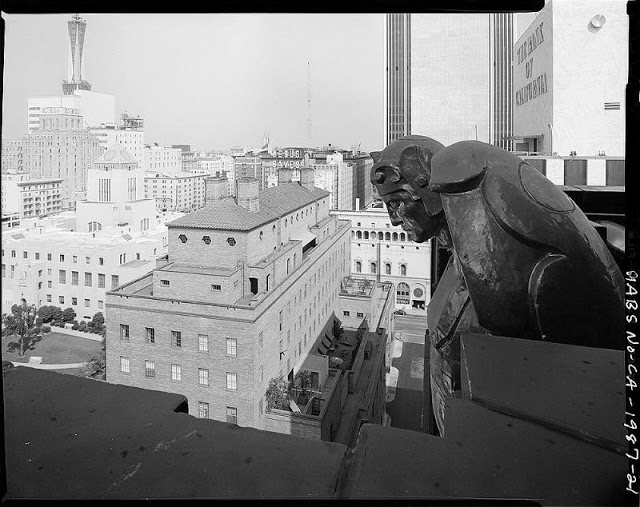 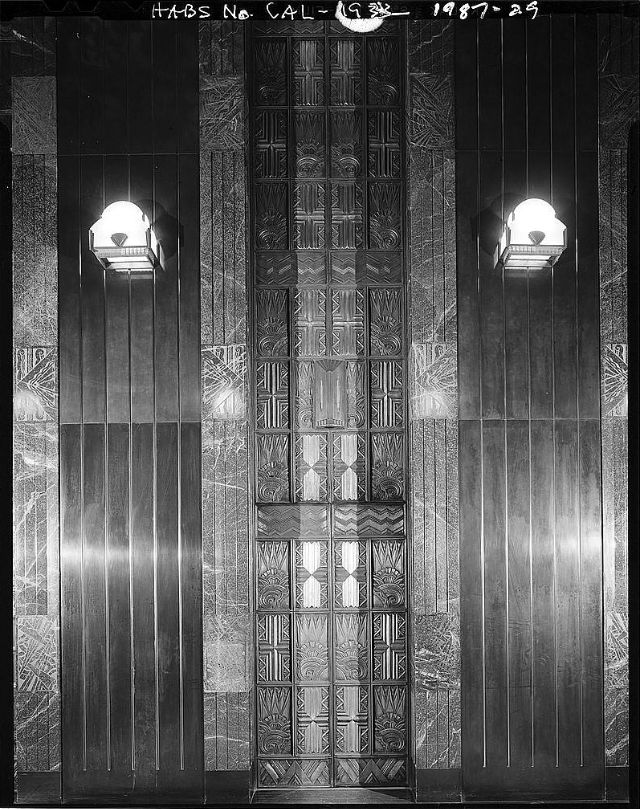 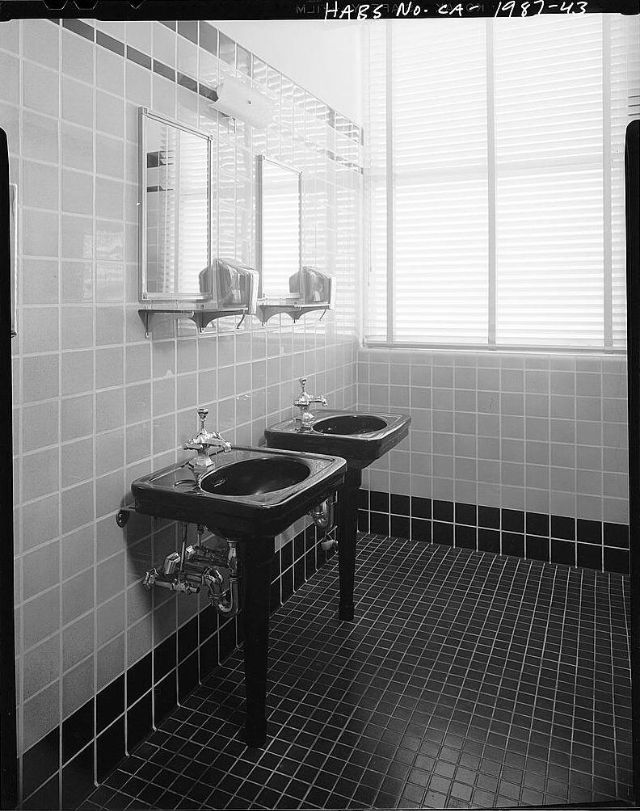 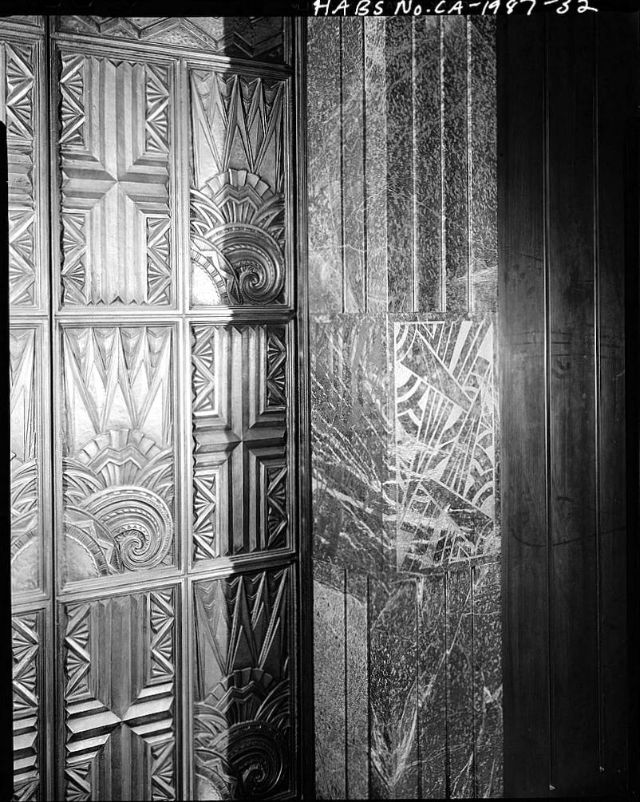 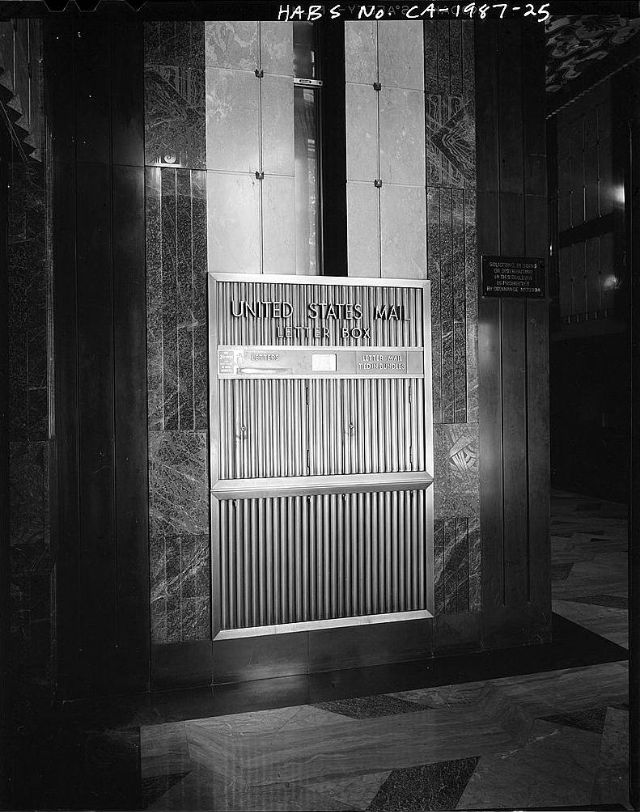