Sally Lippman was 77 years old in these pictures, and still knew how to party. She was a Studio 54 regular, earning her the name “Disco Sally.” After her husband passed away, she found a new lease of life in the discos of the 1970s and 1980s.

“I gotta come every night. It’s like a drug,” Sally Lippman, who was a lawyer, told the Washington Post in 1978. “I haven’t practiced for 40 years but have given out advice free, gratis, for nothing.” Her husband, who died in 1975, had studied law and had worked for the Federation for Jewish Philanthropies and in public relations. Her husband never really liked to dance. They both liked “good music.”

John Touzos, known as Sally’s “Greek God,” met the energetic old woman on the club circuit and the two married at Magique nightclub with stars like Lindsay Wagner, Peter Frampton, and David Brenner.

As Scott Bitterman, a former busboy and then assistant manger at Studio 54, recalled, “My favorite regular at the club was a bright, funny elderly woman who came several nights a week and danced much of the night. I attended several dinner parties at her apartment with friends –– but the film [54] reduced her to an insipid caricature as “Disco Dottie.” In real life, “Disco Sally” was Sally Lippman –– a witty and brilliant attorney admitted to the New York State Bar in the 1920s. Sally represented the best of the club for me: she was neither rich nor famous. She was a woman who loved to dance and have fun with her friends in the evening…” 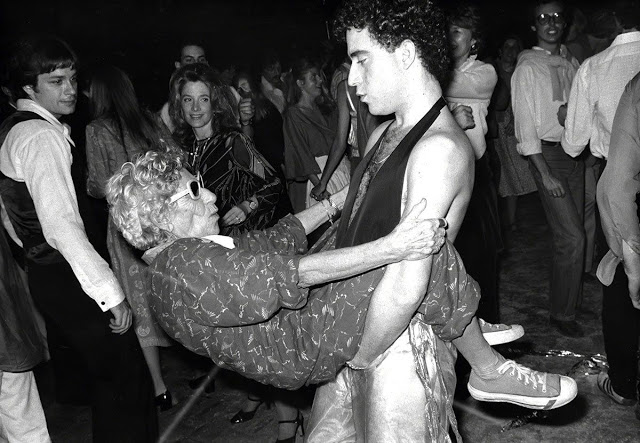 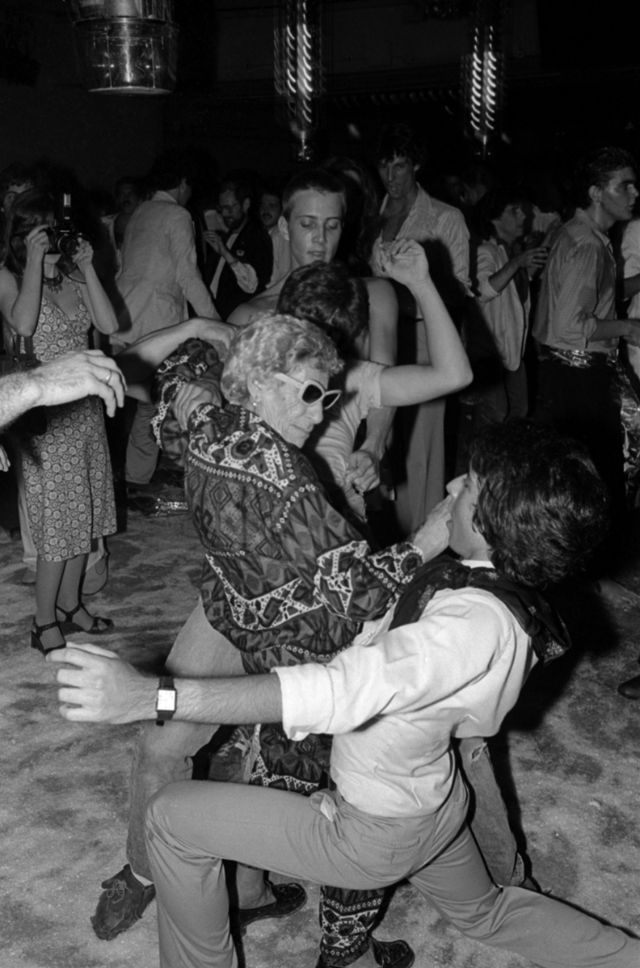 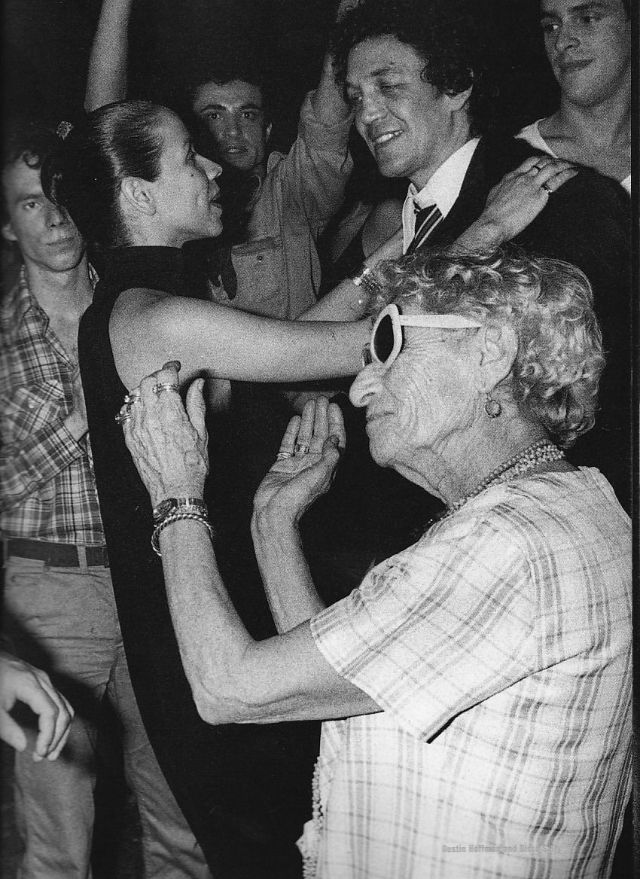 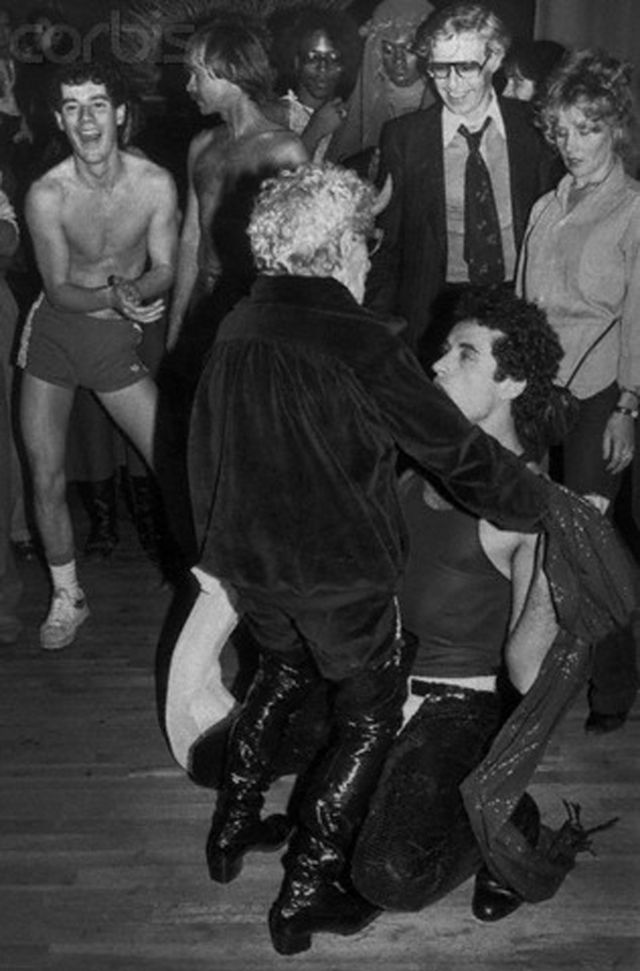 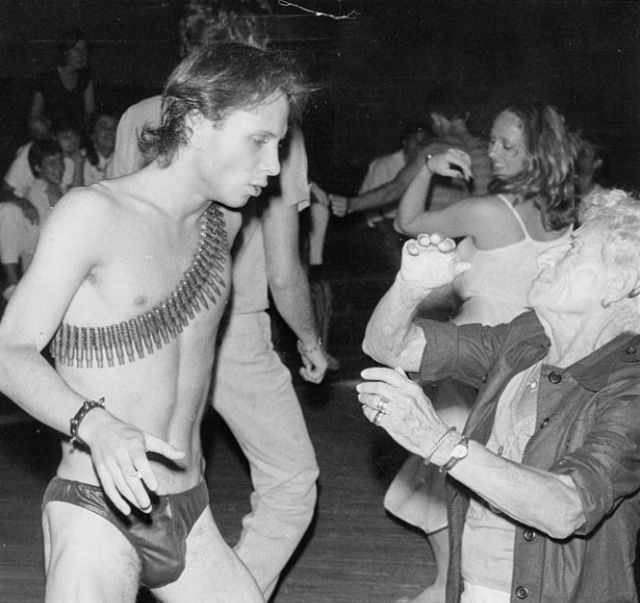 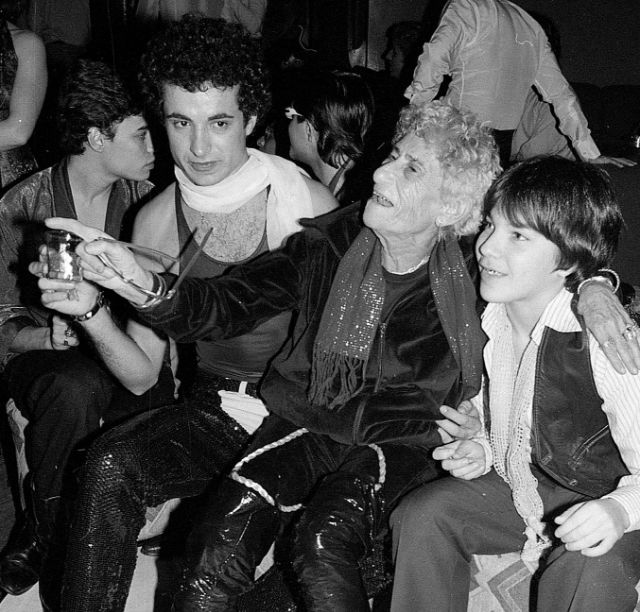 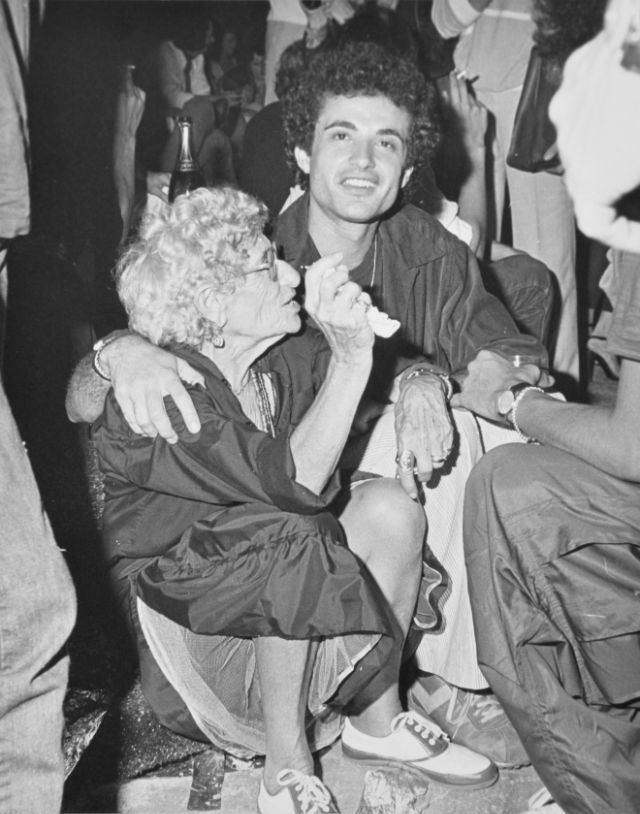 Sally Lippman died in May of 1982 in Mount Sinai Hospital, and despite repeated requests, no one played disco at her funeral.

She represents the vivaciousness of the club scene and was a pioneer in authentic fame and charisma –– without put-ons, or posturing, or affections. She had style and the moves to back it all up.

(via Guest of a Guest)