Gunner Hector Murdoch arrives home (at his new prefabricated house in Tulse Hill, London) on his birthday, greeted by is wife Rosina and his son John. He has been away for four and a half years, three and a half years of which he was a prisoner of war. 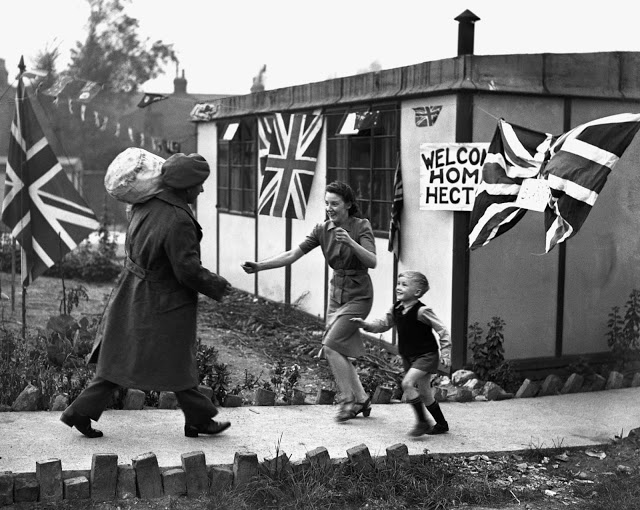 Hector had nearly died of cholera in Singapore. For 18 months, Rosina had no idea if he was alive or dead.
(Photo by Harry Todd/Getty Images)