Unofficial answers for the ghost blimp’s missing crew range from an enemy attack to alien abductions. 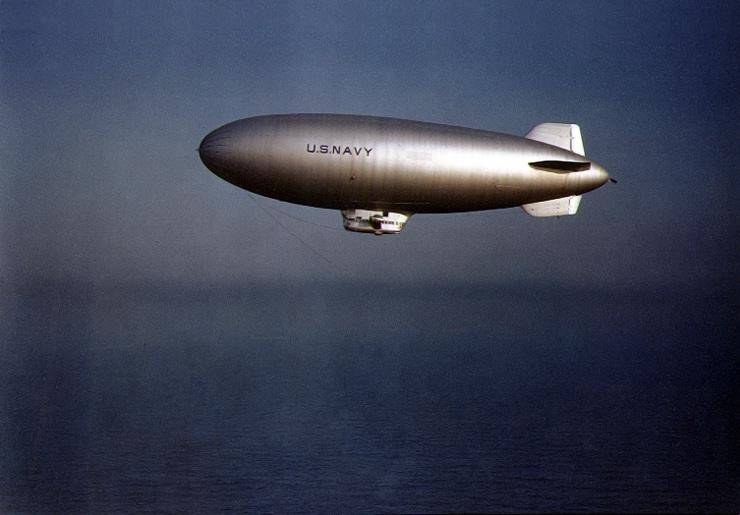 One of the many dilemmas faced by the Navy following the attack on Pearl Harbor was a shortage of ships available to patrol the West Coast. At a time when the risk from Japanese submarine attacks was very real, the military was forced to bring back some rather outdated technology to patrol the coast: blimps.

Interestingly, one of these massive dirigibles would be at the center of one of the more bizarre mysteries to emerge from the war.

On Aug. 16, 1943, at around 6 a.m., Lieutenant Ernest Cody and Ensign Charles Adams set off in an L-8 blimp on a routine patrol. Both Cody and Adams were experienced veterans, with the latter even being decorated by the German government for rescuing passengers from the infamous Hindenburg disaster.

The L-8 blimp itself had made over 1,000 trips through the skies without any serious damage and had been inspected and approved to fly only four days before Adams and Cody’s mission. 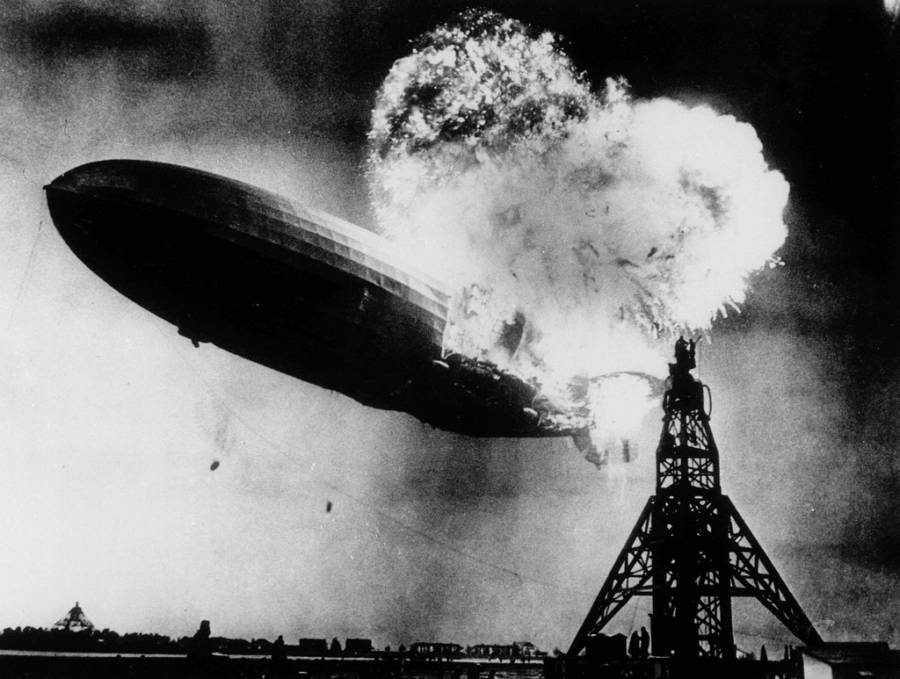 At 7:42 a.m. Cody radioed in to inform HQ that they were investigating “a suspicious oil slick,” which could be the sign of submarine lurking below the ocean’s surface. There would be no further communications from the aircraft.

After circling the target area for more than an hour, the blimp slowly started making its way back towards San Francisco; normal behavior for an anti-submarine craft on patrol. Nothing out of the ordinary was suspected until the blimp drifted into the suburbs. By this time, thousands of people had gathered to watch the aircraft’s progress, which was only halted when it crashed into a utility pole.

Luckily, no one was hurt in the crash, and the blimp managed to avoid starting a major fire when it collided with the electrical wires. Policemen and firefighters rushed to the scene, in hopes of aiding the crew, but when they had cut through the wreckage, the rescuers found their efforts had been in vain: Cody and Adams were nowhere to be found. 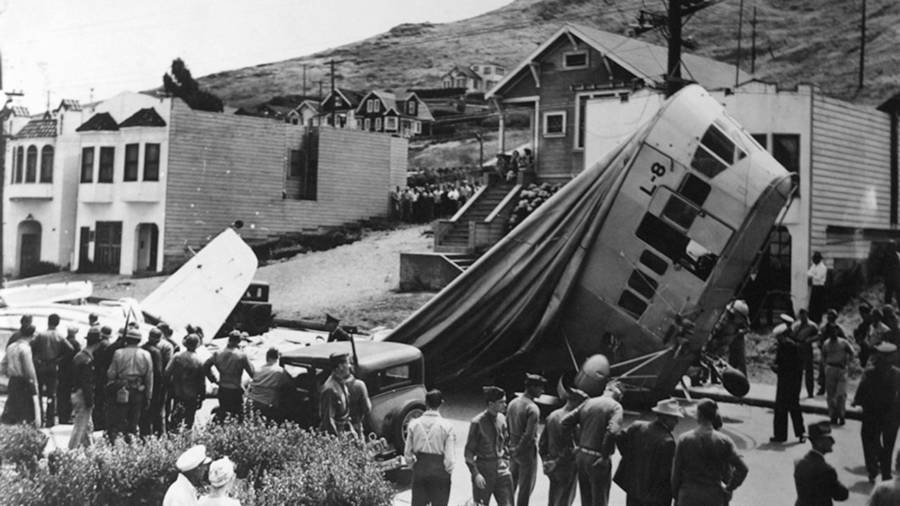 National ArchivesCrowds gather around the crash site in Daly City near San Francisco.

The craft’s gondola was empty, but perfectly intact. In fact, there was nothing wrong with the aircraft at all, other than the fact that the gondola door (which could only be opened from within) was latched open.

Further inspections of the aircraft yielded no clue as to what had happened to its pilots. There was no sign of damage, the radio was working, and there were four hours of gas left in the fuel tanks.

The pilots on every surveillance flight were given a weighted briefcase filled with classified materials that could be tossed overboard in case the craft was compromised. The L-8’s briefcase was found behind the pilot’s seat, implying that either Cody and Adams had not thought whatever had happened was serious enough to warrant getting rid of the documents, or something had happened too quickly for the crew to react and dump the briefcase.

So what had happened to the two men aboard? No official answer has ever been given, although Cody and Adams were both declared dead after having been missing a year. Unofficial answers range from an enemy attack or a personal fight that turned deadly, to alien abductions or a secret weapons test that went awry. 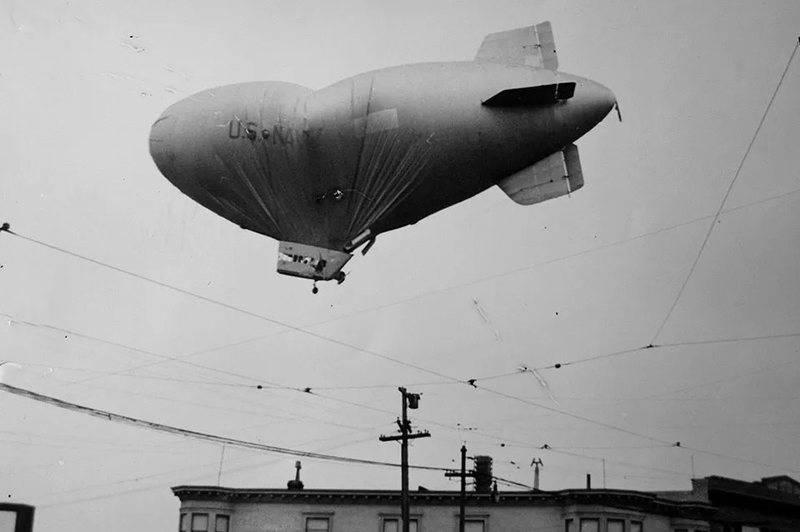 An explanation that falls somewhere between aliens and abductions is that one of the men fell out of the blimp while it was investigating the oil slick and the other had leaped out in an attempted rescue, and himself drowned in the process. If the rescuer had hoped to quickly save his comrade, he wouldn’t have bothered to radio in or toss the confidential papers overboard.

The only hole in this theory is that the L-8 had an audience while it was circling the suspicious area. The crews of both the Daisy Gray, a fishing trawler, and the Albert Gallatin, a cargo ship, had observed the blimp as it flew low to investigate the oil slick and not a single sailor had noticed anything amiss.

Whether it was aliens, Axis spies, or a simple accident, Cody and Adams were never heard from again. The ghost blimp, however, became one of the Goodyear blimps and toured around the nation during sporting events until 1982.