One of the most mysterious objects in the Royal Armouries’ collection is the ‘Horned Helmet’, made for Henry VIII. It formed part of a magnificent armor, commissioned in 1511 by the Holy Roman Emperor Maximilian I as a gift for the young king, who would have worn the armor for court pageants rather than in combat. 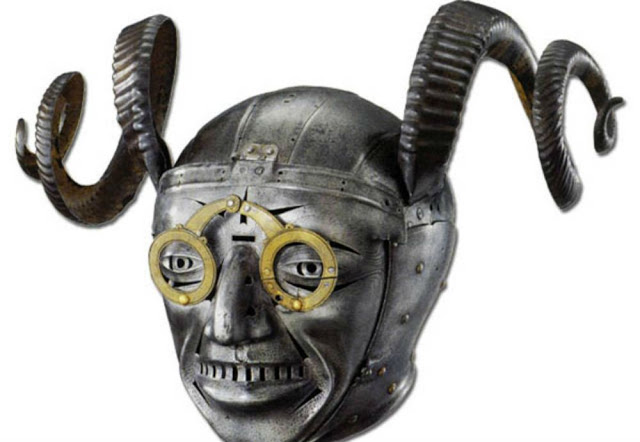 Only this helmet now survives. The decoration on the grotesque mask is etched, with life-like facial details even down to the stubble on the chin and crow’s feet around the eyes, and there is a pronounced drip beneath the nose. The mask is complete with a pair of spectacles, which heighten further the strangeness of this helmet. A pair of ram’s horns, beautifully modeled in sheet iron, complete this extraordinary piece and make it so remarkable that it was chosen as the object to represent the Royal Armouries museum in Leeds when it first opened in 1996. Here’s a short video featuring Karen Watts, Curator of Historic Arms, explaining the helmet in detail. 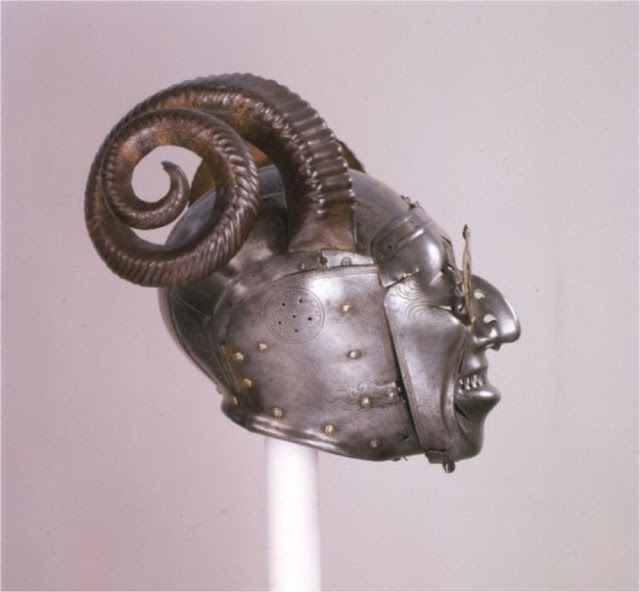 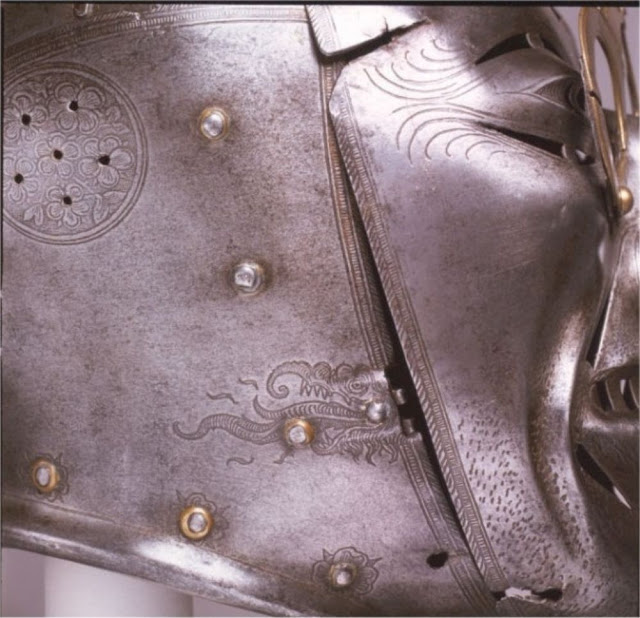 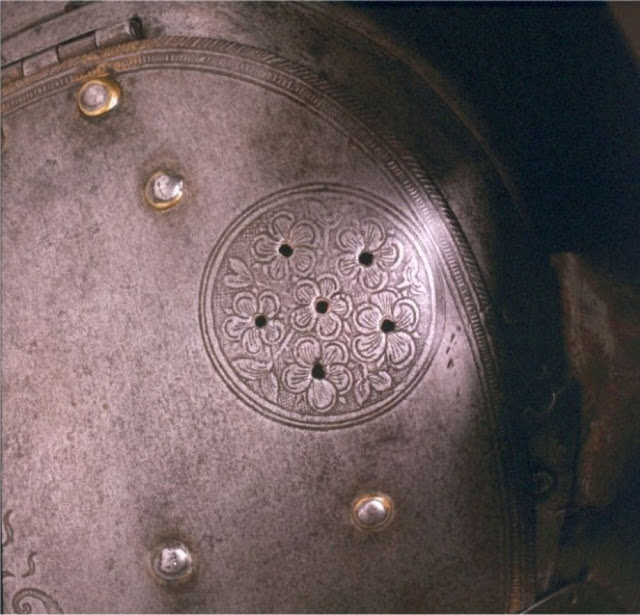 Research into the identification of the source which inspired the mask of the Horned Helmet is continuing, but the copper alloy (possibly originally gilded) spectacles were never fitted with lenses. It is believed that the spectacles form part of the identity of a ‘fool’, a figure commonly found in late 15th- and early 16th-century imagery, suggesting that everyone, however noble or lowly, has elements of foolishness in their character. 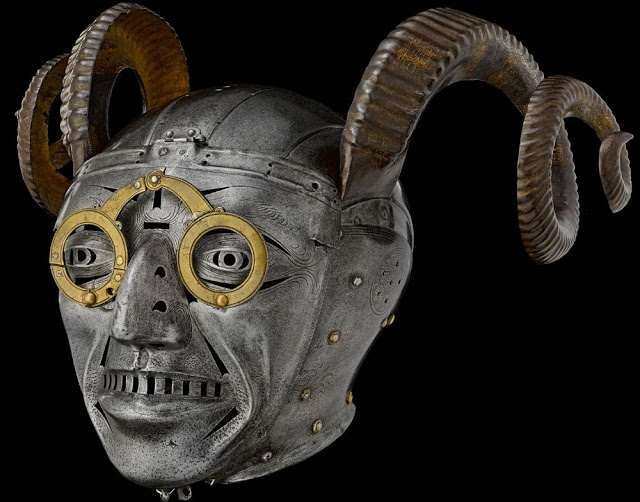 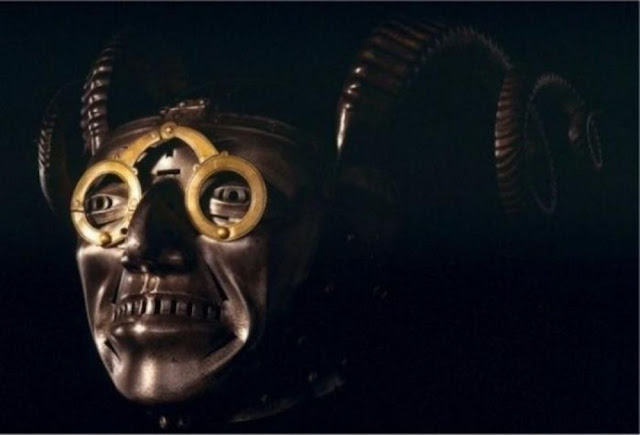 A number of images of fools exist which show them wearing or carrying spectacles of this kind. The spectacles themselves are of so-called ‘rivet’ type, an almost universal design which hinged in order that they might grip the bridge of the wearer’s nose. Spectacles of this type are known in Europe from at least the middle of the 14th century. 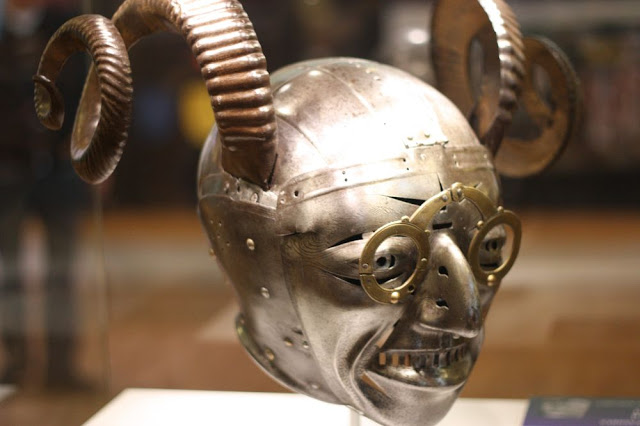 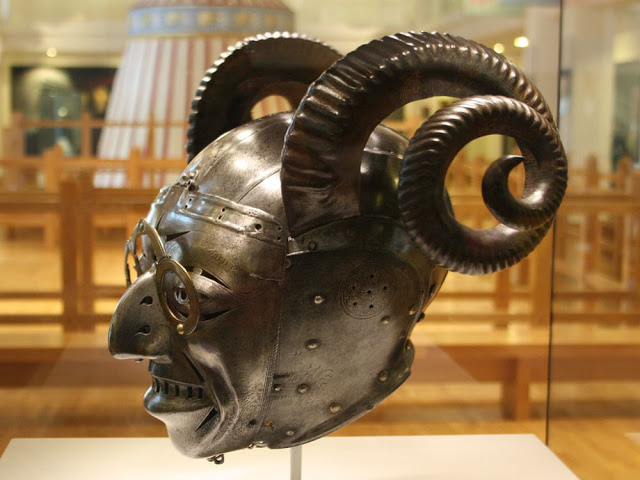 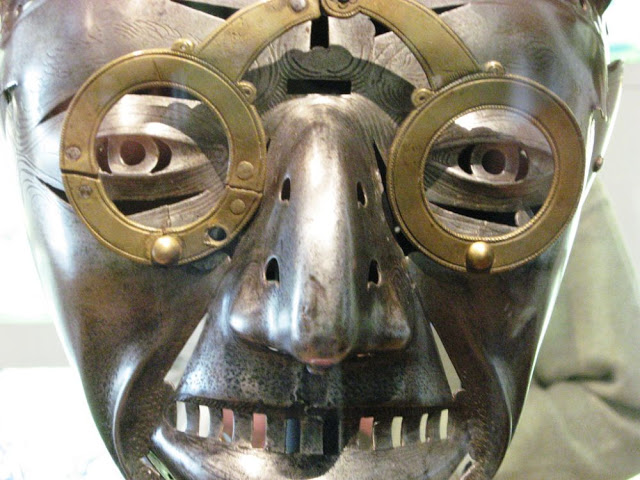 Work on the iconography of the mask of the Horned Helmet continues, but there is increasing support for the view that it is that of a fool and that the spectacles are entirely a part of the representation of such a grotesque figure. An explanation for the presence of the horns, which at the time the helmet was made were usually the sign of a cuckold or of the Devil, also has to be finally established. Currently opinion is that it may not have been thought appropriate to fit horns to a helmet which was to be given to the King of England.