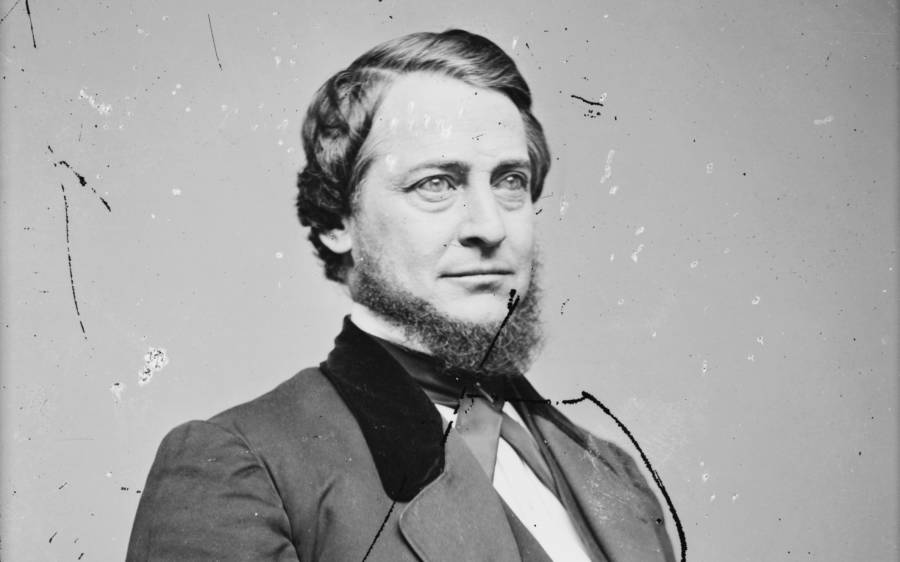 It was July 1871 and former congressman Clement Vallandigham was working as a lawyer in Lebanon, Ohio, defending Thomas McGehan, who was accused of killing a man named Tom Myers during a saloon brawl. One night at the outset of the trial, Vallandigham sought to test out his defense, which suggested that McGehan hadn’t shot Myers, but that Myers had accidentally shot himself while drawing his own pistol.

After conducting some ballistics tests that night, Vallandigham and his companions started back to the hotel. “Val., there are three shots in your pistol yet,” one of his companions said, “you had better discharge them.”

“What for?,” Vallandigham replied.

“No danger of that. I have carried and practised with pistols too long to be afraid to have a loaded one in my pocket.”

And, indeed, the pistol in his pocket didn’t go off — not right then anyway. The men made it back to the hotel, whereupon Vallandigham set the loaded pistol down on a table next to an unloaded pistol that had been used earlier in court.

Vallandigham then sought to demonstrate for some fellow lawyers how Myers could have accidentally shot himself while drawing his pistol. He accidentally lifted the loaded pistol from the table, put it into his pocket, drew it back out, and left it pointed at his abdomen.

“There,” he said, “that’s the way Myers held it.” Then his hand touched the trigger, there was a flash, and he cried out, “My God, I’ve shot myself!”

Over the next 12 or so hours, Vallandigham lay mortally wounded as friends, reporters, doctors, and onlookers filtered in and out in an attempt to help and comfort him, but to little avail, as the bullet could not be found. Even McGehan was escorted in from his cell and reportedly cried upon witnessing the scene.

McGehan was soon acquitted and set free. After all, Vallandigham may have died in the process, but he did prove this theory. Nevertheless, McGehan himself died four years later — in a saloon shooting not unlike the one of which he’d been exonerated. Perhaps there was something to Clement Vallandigham’s belief in predestination all along.

As for Vallandigham’s own remarkable death, it receives less attention than you might think today. His official congressional biography, for example, states only, “died in Lebanon, Ohio, June 17, 1871.”

What that biography likewise glosses over is Vallandigham’s contentious tenure in the House of Representatives between 1858 and 1863, during which time he spoke out against Abraham Lincoln, led the anti-Civil War “Copperhead” faction, advocated for states’ rights on the issue of slavery, made countless supportive overtures to the Confederacy, and even attempted to form his own before the war ended.

In the last years of the war, Vallandigham met with a Confederate representative in an attempt to form a “Northwest Confederacy” that would see Ohio, Kentucky, Indiana, and Illinois overthrow their governments and secede from the Union. However, the plan failed, Vallandigham withdrew from politics, and went back to Ohio. And within a few years, Clement Vallandigham was dead by his own hand.

After this look at Clement Vallandigham, see the infamous footage of Franz Reichelt, the man who died testing his homemade parachute by jumping off the Eiffel Tower. Then, see the equally infamous footage of R. Budd Dwyer, the politician who shot himself in front of television cameras.