Here’s a photo from 1924 and shows a newfangled type of car wash that stood at the northwest corner of 42nd Street and South Michigan Avenue. 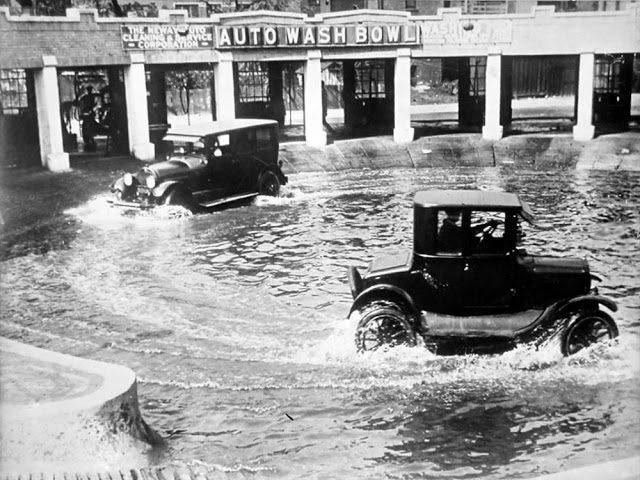 There was at least one other auto wash bowl in Chicago–the concept actually originated in St. Paul, Minn. It was patented in 1921 by inventor C.P. Bohland, who opened two locations in St. Paul. He devised the bowl as an easy way to clean mud off of the underside of cars. Back in this early age of motoring, roads were often unpaved and muddy, and that mud would get caked on the underside of the car and the wheels–but a spin in the nifty Auto Wash Bowl took care of that.

The nearly 80-foot-wide, ridged concrete bowl was about 16 inches at its deepest point in the center. Customers paid 25 cents to an attendant who strapped a protective rubber cover over the radiator. Patrons would then enter the bowl via a ramp and drive their cars around and around the bowl at a speed of about 10 miles per hour. The ridges in the concrete would vibrate the car and the water, creating a sloshing action that helped wash away all the mud from the chassis and wheels.

The process took about three or four minutes. The car would then exit the bowl where patrons who wanted a complete car wash could enter one of the bays where the rest of the car would be cleaned. On a busy Saturday, about 75 cars per hour would go for a spin in the wash bowl. 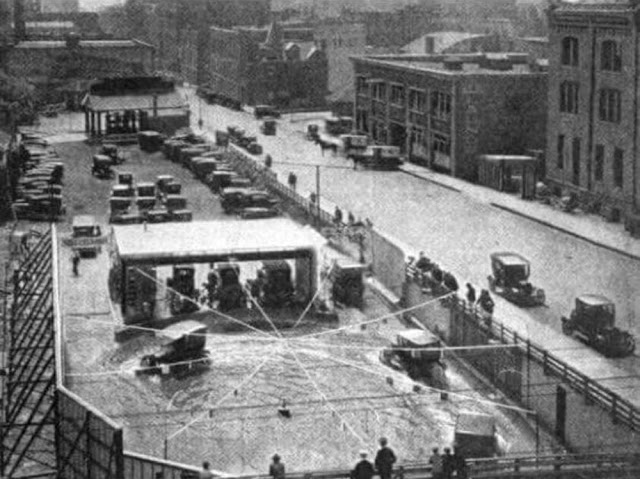 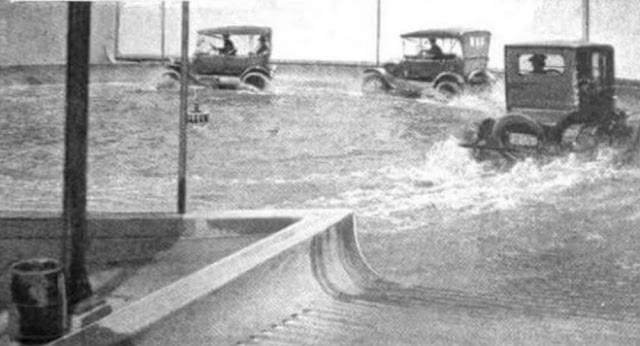 Once the idea had proved successful in St. Paul, the patent holder began advertising in other cities to franchise the operation. The first Auto Wash Bowl in Chicago was built by a Chicagoan named C.G. Burkhartsmeier on the southeast corner of Diversey and Elston on the city’s North Side. Burkhartsmeier bought the rights in 1924 and built his bowl and service station at a cost of $20,000.

A fun note: The architect on the job, William C. Presto, was a former employee of Louis Sullivan’s who later gained fame for giving the destitute Sullivan his last commission, designing the façade of the Krause Music Store in Lincoln Square and the lavishly decorated Art Deco building at 6424 N. Western. 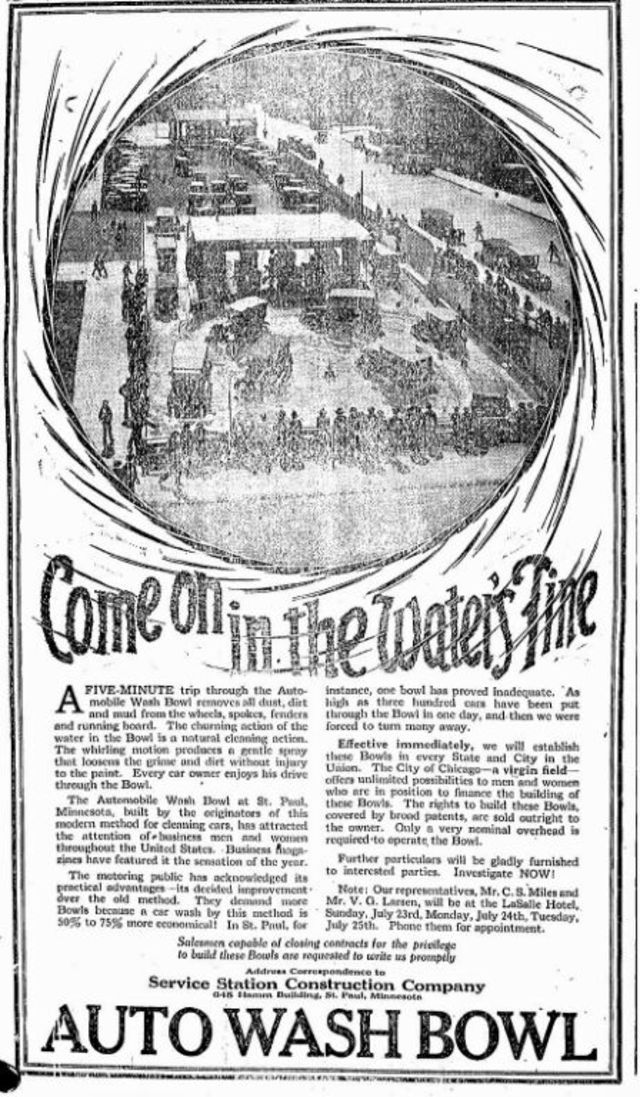