On May 7, 1942 I. Russel Sorgi, a photographer for the Buffalo Courier Express in Buffalo, New York was on his way back to the office from an assignment. Having taken a different route than usual, Sorgi was passed by police cars when he decided to follow them. The cars pulled up to the Genesee Hotel at 530 Main Street where Russell Sorgi noticed a woman “sitting on a ledge outside an eighth-floor window” on the corner of Gennesee and Pearl Street.

Sorgi’s recalled, “I snatched my camera from the car and took two quick shots as [the woman] seemed to hesitate… As quickly as possible I shoved the exposed film into the case and reached for a fresh holder. I no sooner had pulled the slide out and got set for another shot than she waved to the crowd below and pushed herself into space. Screams and shouts burst from the horrified onlookers as her body plummeted toward the street. I took a firm grip on myself, waited until the woman passed the second or third story, and then shot.” 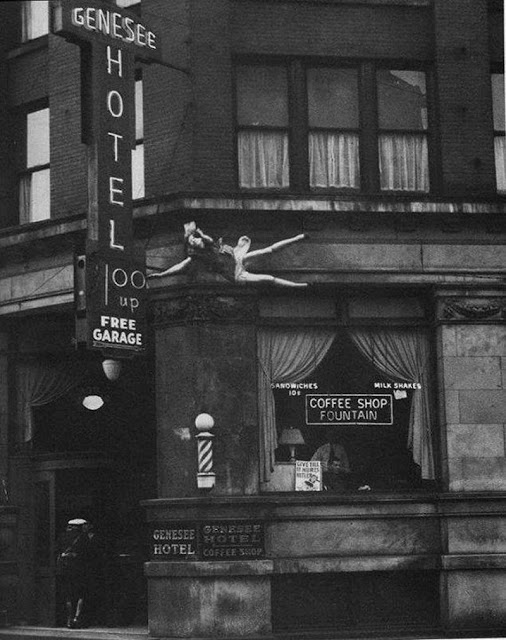 Ms. Miller checked into the hotel under the name “M. Miller” and claimed she was from Chicago. She immediately went into the hotel’s communal women’s restroom, locked the door, and stepped out onto the ledge through the window. Mary Miller was a resident of Buffalo who lived with her sister and had checked into the Genesee Hotel after telling her sister she was traveling to Indiana to visit relatives.

Although there is not much information on Mary Miller available, what is known is that her sister was absolutely shocked by Mary’s suicide. The photo, which was titled “The Despondent Divorcee,” has no basis in fact as Mary Miller was not, nor was she ever, married. What makes her case so disturbing is that there is no known motive behind the suicide, no note was ever discovered and she waved to the crowd immediately before ending her life.

In addition to the Buffalo Courier Express, the photo was published the next day in the May 8, 1942 edition of the New York Times and later, LIFE magazine. In the photo, a police woman can be seen entering the hotel in what was most likely an attempt to reach Mary Miller before she could kill herself; perhaps seeing the officer enter the building prompted Mary to jump when she did, before she could be deterred.

The photo is not only intriguing due to the suicide in progress captured. In 1942 most men were fighting in World War II and women had only just begun to join the workforce. The police woman seen running inside the Genessee Hotel was most likely one of the first woman to work in law enforcement in Buffalo. Two men in the coffee shop, seemingly unaware of the panic occurring on the street outside are seen next to a World War II propaganda sign displayed in the window which reads, “Give till it hurts Hitler.” 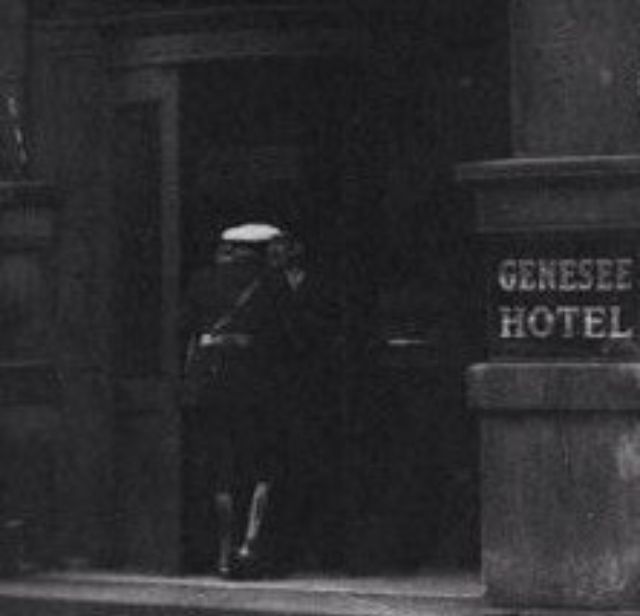 The sign hanging from the side of the building advertises room rates at the Genese Hotel as “$1.00 and up” per night (but you have to share a bathroom, of course) and sandwiches at the coffee shop downstairs only cost customers 10 cents in 1942. The Genesee Hotel was erected in 1882, but this historic building has since been demolished. 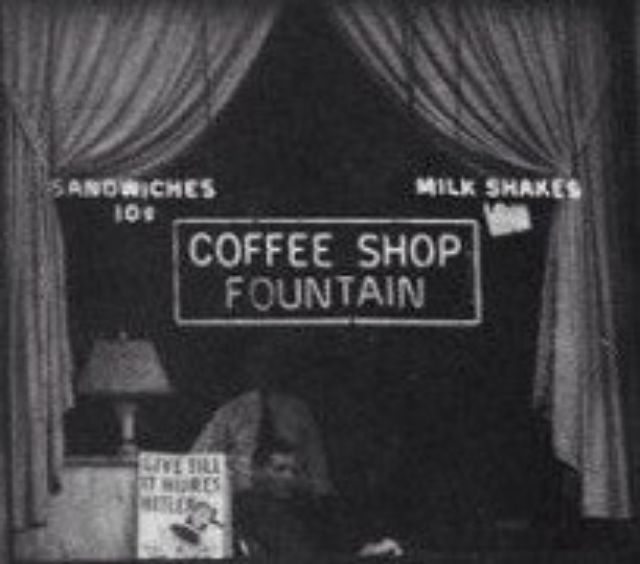 The famous photo, generally referred to as “The Despondent Divorcee” but more correctly referred to as “The Genesee Hotel Suicide” was used in a psychological study. It was found that 96% of participants in the study did not notice Mary Miller falling to her death upon first examination of the photo.

Sorgi was probably using a Graflex Speed Graphic camera, which in 1942 was used almost universally for newspaper photography. This was an SLR that used 5″ by 4″ sheet film, which is where the amazing detail in this photo comes from. Whereas with a 35mm SLR one could snap off up to 36 images before reloading, Sorgi had to remove each exposed slide and reload the camera before he could make his next photograph. His coolness is evident: He had to wait for just the right instant to capture this shot, or he would have been too busy reloading the camera. He must have seen his two “establishing shots” as a huge risk.