On Jan. 21, 1968, a plane with carrying nuclear bombs came crashing down to the frozen sea ice of western Greenland. A huge B-52G Stratofortress made an emergency landing near Thule Air Base in this icy area of the world as part of a protective measure in case the United States suddenly came under attack from the Soviet Union.

The crash could have – and probably should have – been much, much worse than it actually was. 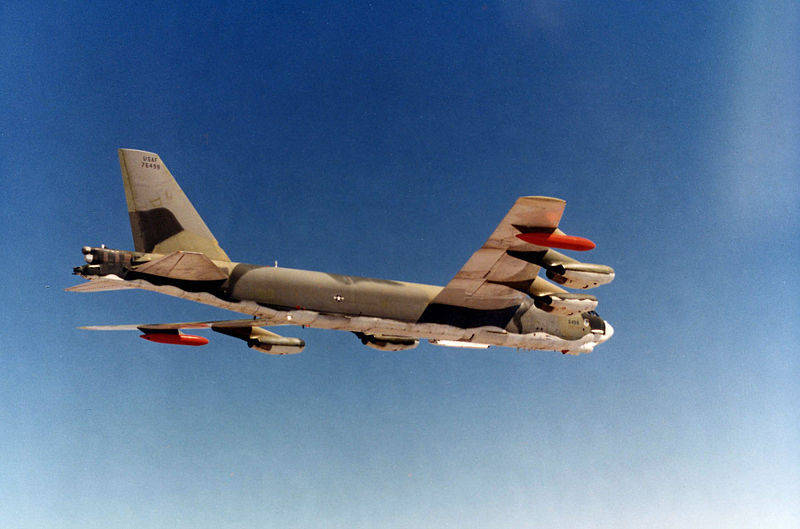 A B-52G Stratofortress, similar to the one that crashed in Greenland.

The mission started routinely enough for Air Force Capt. John Haug and his crew. The massive plane took off from Plattsburgh Air Base in upstate New York as an attempt to keep a minimum of 12 manned B-52 planes in the air at all times. The idea was to have the ability to respond to any Soviet threats quickly. This flight was part of that larger operation.

Haug and his crew had trained together several times. There was an extra pilot on board to give the main crew a chance to sleep during their 24-hour mission. The Air Force began Operation Chromedome in 1961, and a vast majority of missions flew without incident.

Five hours into the Greenland mission, Haug ordered his co-pilot to get some sleep while the extra pilot came on duty. Trouble started a few minutes later.

Temperatures in the cabin got too cold. The crew responded by turning up the heaters on the plane. Then they smelled smoke and a small fire broke out.

Haug ordered the crew to don oxygen masks. He radioed Thule Air Base and asked for permission to stage an emergency landing. The plane was about 90 miles south of the base. The crew depleted all of its fire extinguishers and smoke continued to fill the cabin to the point where no one could read their instruments.

Haug realized the plane couldn’t make an emergency landing if no one could see. He was able to determine the plane was over land, and he could see the lights of Thule. All of the crew parachuted out. Six men made it to the ground safely. The co-pilot who went to take his nap, Leonard Svitenko, died from head injuries he suffered while trying to bail out from a lower hatch.

The plane stayed aloft for another 7.5 miles before crashing into sea ice. Emergency crews rescued the survivors from the bitterly cold temperatures that reached down to -18 and -25 degrees Fahrenheit. 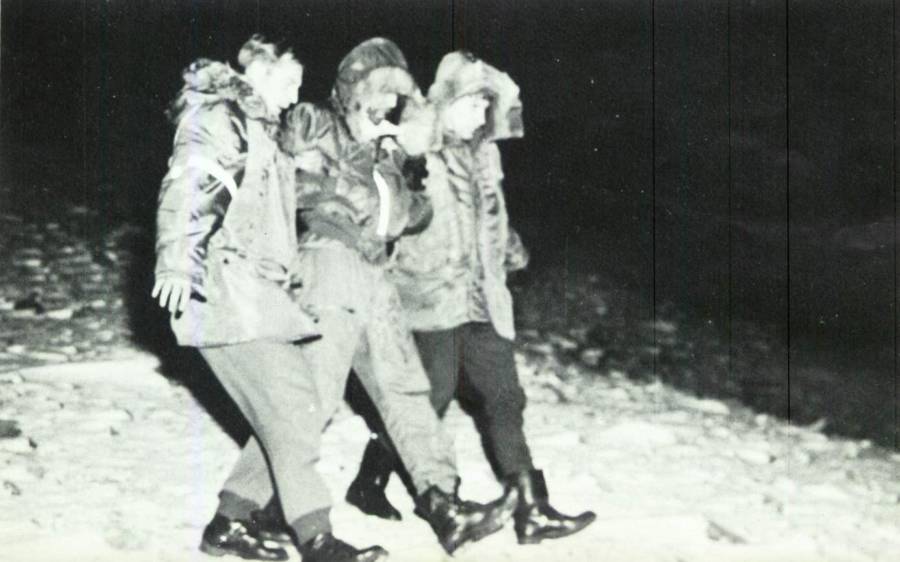 The fire from the crash was seen for miles. The problem was that search crews couldn’t locate the four nuclear weapons on board. These weren’t Hiroshima-type bombs. The entire payload of four hydrogen bombs was approximately 239 times more powerful than the fission bomb dropped on Hiroshima.

To make matters worse, the temperature that night went down to -75 degrees. The crash site exposed water underneath the sea ice, and chances were good that the four hydrogen bombs sank to the bottom of the ocean. Radiation levels at the crash site spiked, and recovery efforts would be hampered by the total darkness. On Jan. 28, a week after the crash, the military reported it had recovered parts of all four nuclear bombs.

The crash could have been worse. An extremely hot fire from the jet fuel could have melted through the bombs and triggered them. It was pure happenstance that the B-52 crashed into ice covering the sea rather than land. The military recovered the radioactive material despite the weather.

Controversies began shortly after the incident and remained for nearly 50 years. The Danish government, the overseer of Greenland, expressly forbade nuclear materials over and on the island when it signed an agreement with the United States to let Thule Air Base exist in the first place. Denmark was furious. 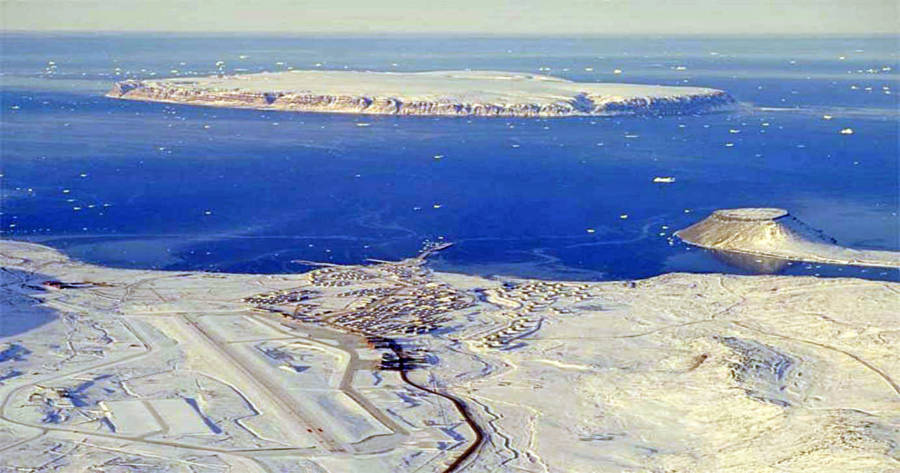 Wikimedia Commons/Thule Air Base as seen from the air. In Jan.1968, the water was completely covered in ice.

In 2008, the BBC challenged the idea that all four nuclear bombs were recovered safely. The media outlet’s investigation said that one bomb stayed missing. Both the U.S. and Danish governments strongly refuted the BBC report.

This nuclear accident and international incident was totally avoidable. The cause of the fire onboard the B-52 was due to the crew stacking four foam seat cushions on top of a heating vent. The vent was in the back of the plane in the crew compartment, underneath the instructor navigator’s seat.

It’s terrible to think that four foam seat cushions could have caused a nuclear Armageddon that ended civilization as we know it.

Next, see the town frozen in time by a nuclear meltdown. Then watch an underground nuclear explosion melt the Earth’s surface.