The race for the conquest of space had a great impact on people in the mid-sixties and thus also on fashion and design. The question of how one wanted to live in the future brought forth futuristic designs and manifested itself through geometric shapes. With the Sixties Revival at the end of the 20th century came the creations of the ball chair by Finnish furniture designer Eero Aarnio in 1963 and the egg chair by Danish industrial designer Henrik Thor-Larsen in 1968.

Not only do these chairs both look simple and unconventional at the same time, but they are also irrational and rational in an almost schizophrenic way. As they create a “room in the room” similar to a futuristic space capsule, they quickly became very popular and appeared not only in ‘60s living rooms but also in science fiction films. Fantastic white and silver space worlds with softly rounded plastic furniture were shown in movies such as Barbarella (1968) and 2001: A Space Odyssey (1968). It was these chairs that brought the Space Age into the terrestrial living rooms.

Take a look at these sixties space-age ball and egg chairs below: 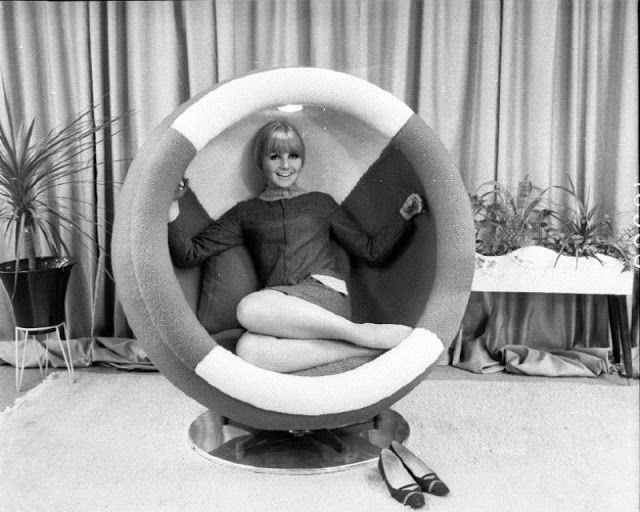 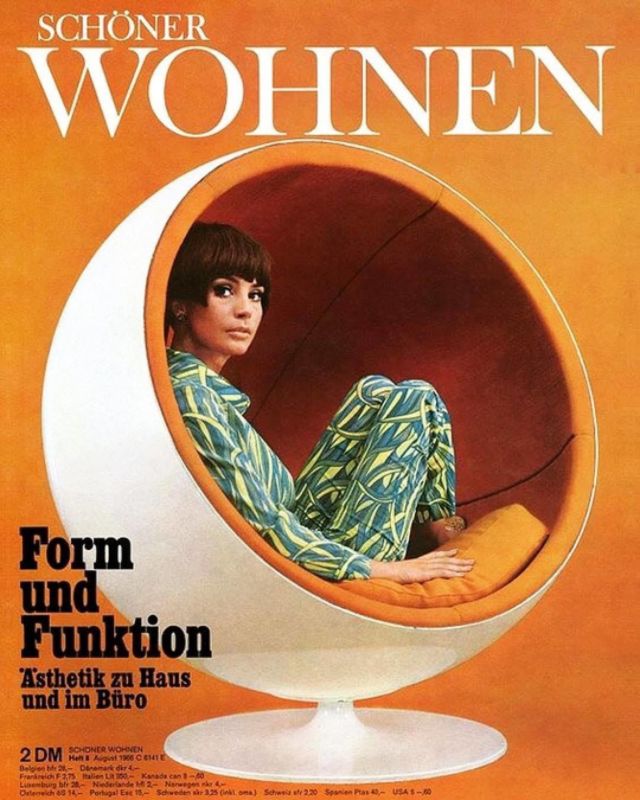 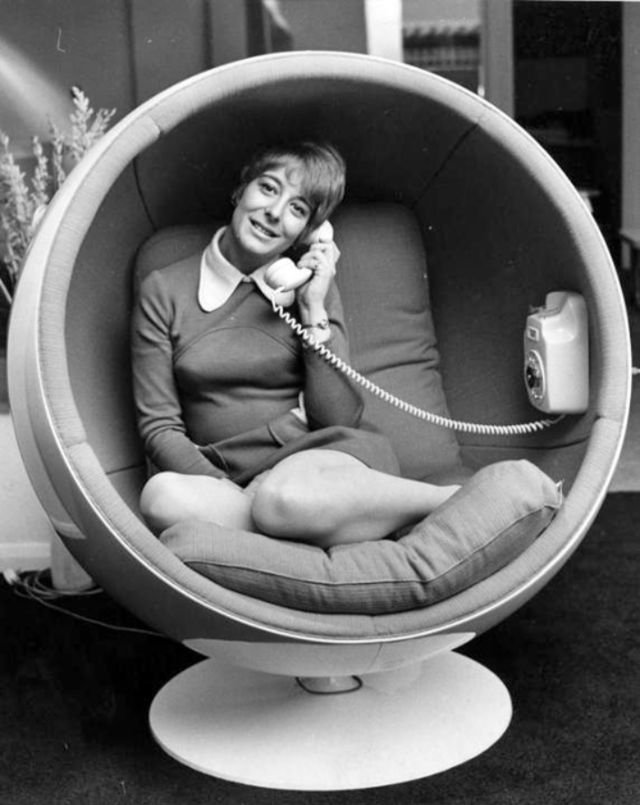 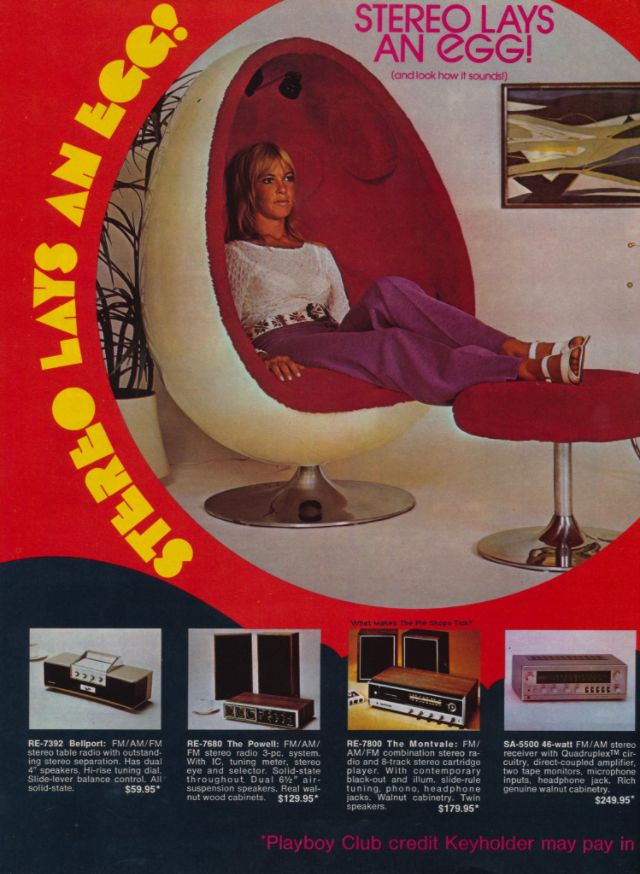 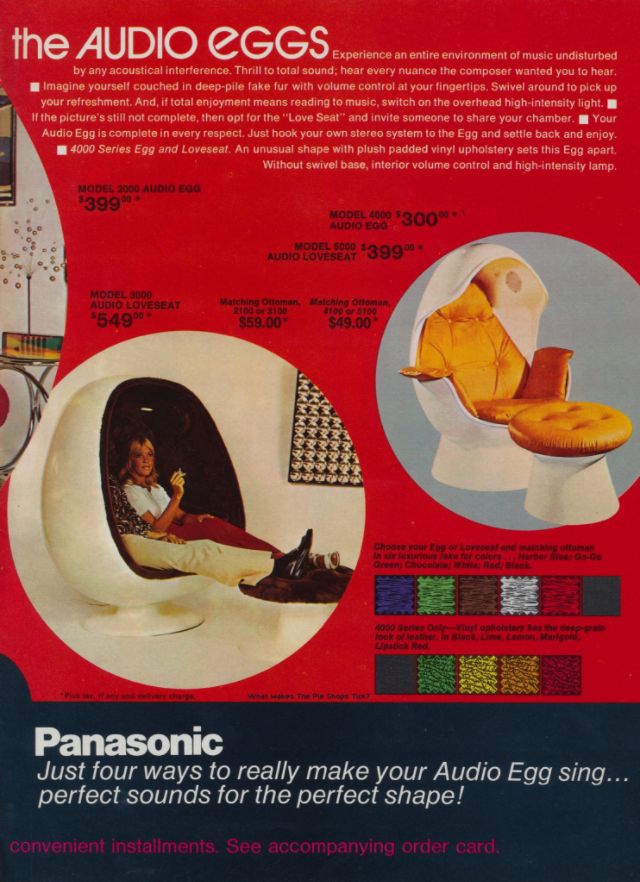