Sophia Loren wearing completely different wigs by Alexandre of Paris in Sunflower (1970). The photos were taken by Tazio Secchiaroli. 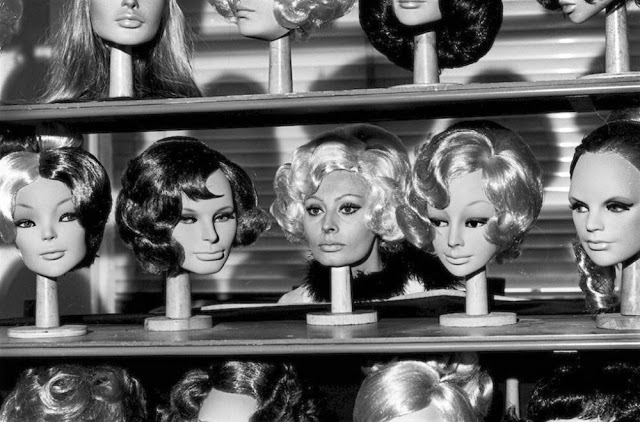 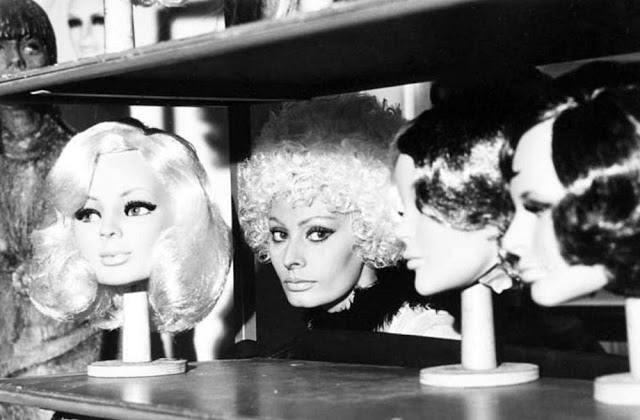 Sunflower (Italian: I girasoli) is a 1970 Italian drama film directed by Vittorio De Sica. It was the first western movie to be filmed in the USSR. Some scenes were filmed near Moscow, while others near Poltava, a regional center in Ukraine.
Sunflower feels like a precursor to Life is Beautiful (1997), because both films are full of hopefulness, but they both exist as heart-wrenching stories. They deliver the same moving swells of emotion, but for different reasons.