Here’s an amazing photograph of tourists peer out of the Statue of Liberty’s crown at a photographer on the torch, which had been closed to the public since a 1916 explosion on a nearby island. The distance from the flame’s tip to the ground is 305 feet (93 meters).

The event that sparked the ban occurred on July 30, 1916. An explosion on Black Tom Island in New York Harbor in the middle of the night could be heard from miles away, shattering glass windows in Manhattan and killing seven people. This attack was one of many during the German sabotage campaign against the United States, and it is notable for its contribution to the shift of public opinion against Germany, which eventually resulted in American support to enter World War I.

The Statue of Liberty’s torch has been closed to the public since the explosion due to structural damages. Access was not opened after the 1984–1986 restoration which included repairs to the arm and installation of a new gold-plated copper torch.

Another rare photographs of a steeplejack doing his stuff on top of the Statue of Liberty during 1938 restoration, as the photographers captured from its torch: 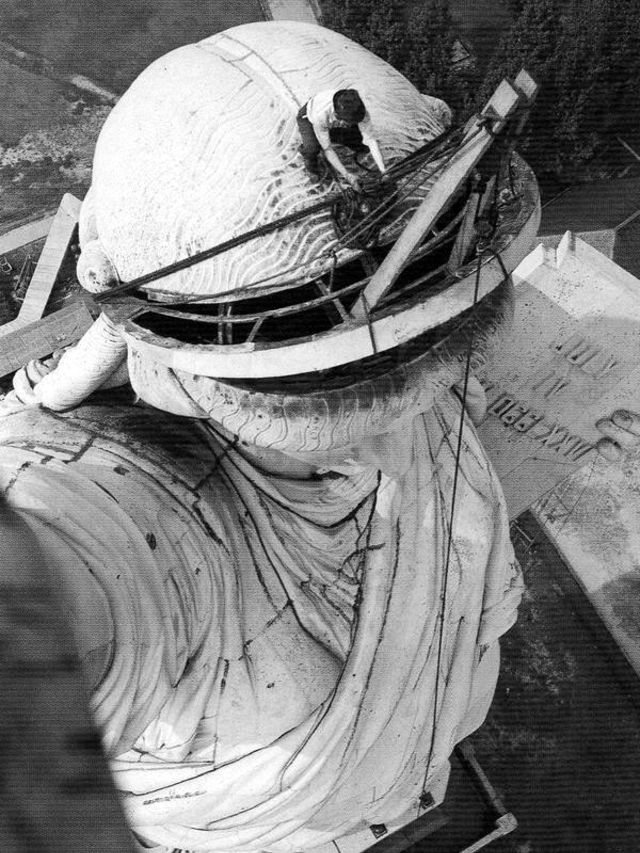