In an era before intellectual property rights and mass marketing dictated what toys we played with, artisans drew their inspiration from recognizable caricatures of society. In the United States, the lampoonery of the blackface minstrel scene provided plenty of material.

The toys in this catalogue, from New York-based Automatic Toy Works, predate the wildly popular golliwogs that hit the shelves in the 20th century and the mimicry is not just limited to black people. Also depicted are two pigtailed Chinese laundrymen and a woman’s right advocate as well as more benign characters such as a crawling baby and a mechanized bear.

A warning that most of these images are pretty demeaning. All the same, they shouldn’t be particularly surprising to anyone who understands the era. What is perhaps more telling is the copywriting.

In the 21st century, toys need little introduction – the transcendent cultural capital of Spiderman and a Stormtrooper speaks for itself. Consumers instantly know what they are and why they want them. They have backstories and narratives that are valued at billions of dollars. By contrast, in these 19th century placements, the static sketch and the copywriting are left to do the selling. And in that prosaic explanation of how and why these toys might be amusing comes a disheartening sense of detachment: that these caricatures aren’t representing anything more than a cheap laugh. 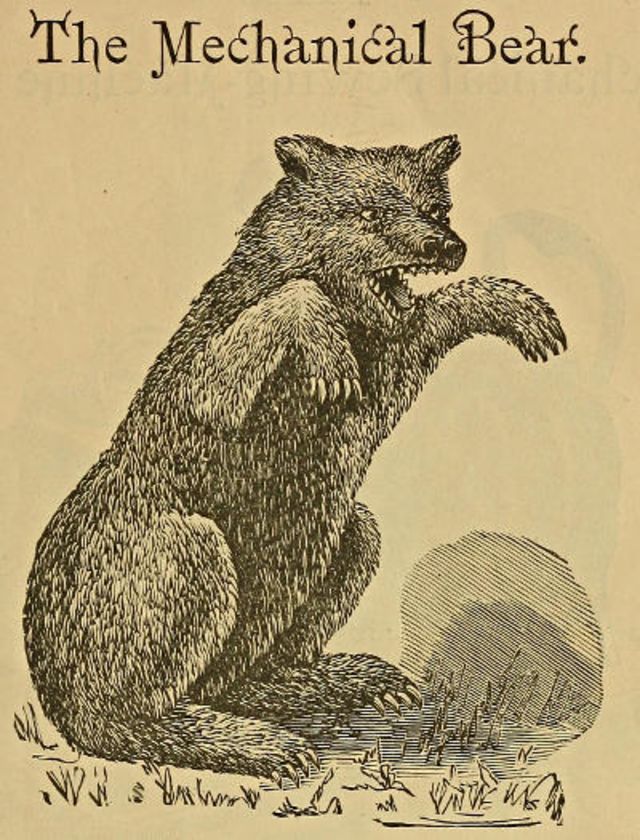 “This wonderful toy imitates the movements of a bear, by means of clock-work, in the most life-like manner. The bear rises up on its hind legs, turns its head from side to side, growls, moves its paws, and snaps its jaws together. At intervals it gets down on its fore-paws and goes through similar motions. It runs a long time, and while going it is difficult to believe it is not alive. It is elegantly made, and covered with fine fur. The mechanism is so strong and perfect, that only the greatest abuse can put it out of order. It amuses old as well as young, and is exceedingly attractive for a show window. It is conceded to be one of the most ingenious toys ever invented, on account of its variety of motion and resemblance to nature. Made in black and white fur.

2. Mechanical Sewing-Machine Girl
THE DELIGHT OF ALL GIRLS.—A CHARMING TOY, AND BEAUTIFULLY FINISHED 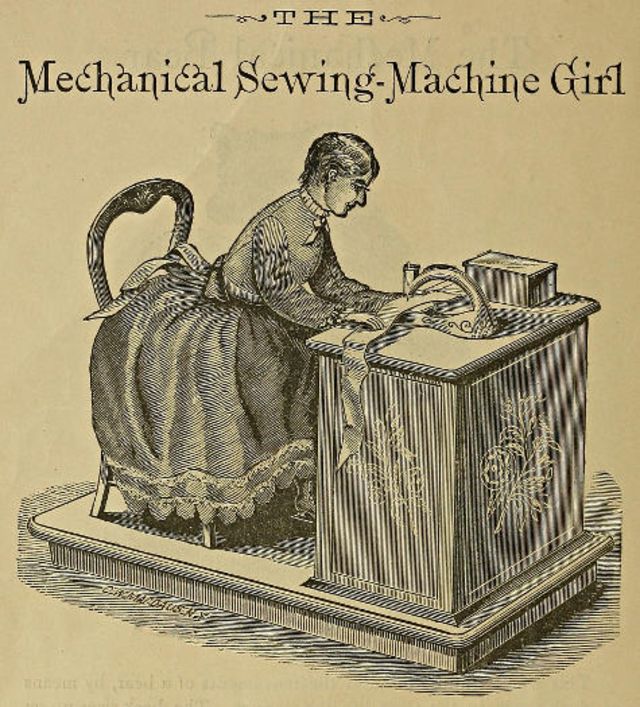 “A little girl is seated at a cabinet sewing-machine. On winding up the mechanism her feet begin to work the treadle, and the sewing-machine begins to sew rapidly; she leans forward, puts the work in position, watches it, occasionally rising up and bringing the work up to examine it. These movements are repeated for a long time. The little figure is elegantly dressed in the latest fashion. It combines the attractiveness of a beautiful French doll with the interest of life-like motion. 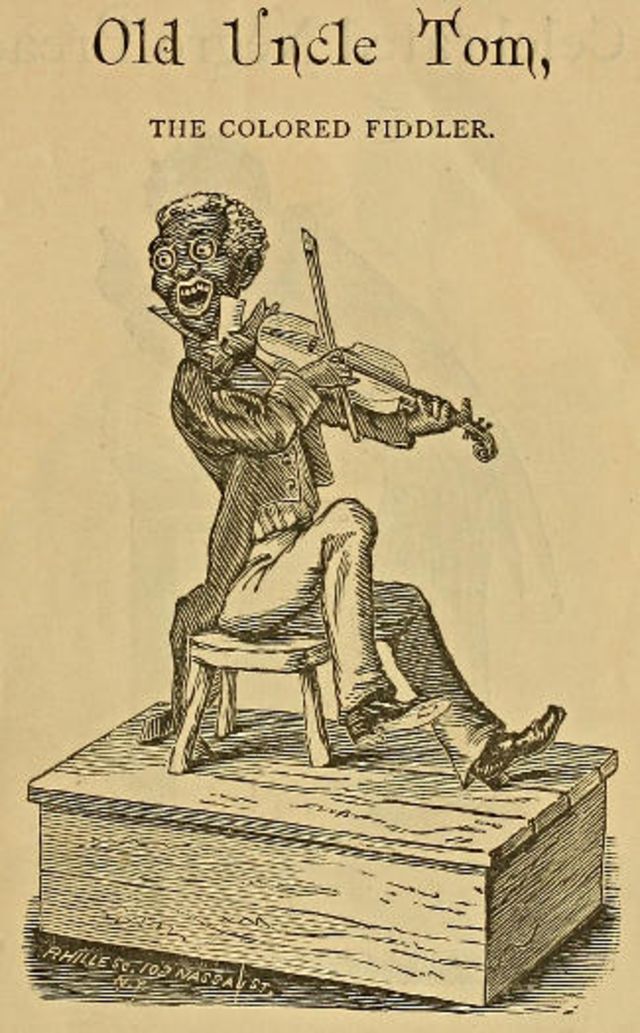 “We consider this toy one of the most comically quaint of anything yet made. When seen in motion, laughter is irresistible. The old fellow commences the performance by slowly rocking backward and forward, as if debating what he should play, then suddenly he strikes his “favorite,” and rolling his head from side to side, fiddles in an ecstacy of enjoyment. Funny as it is, there is something almost pathetic in it, too. This toy is well and carefully made, and with ordinary care will last for years. 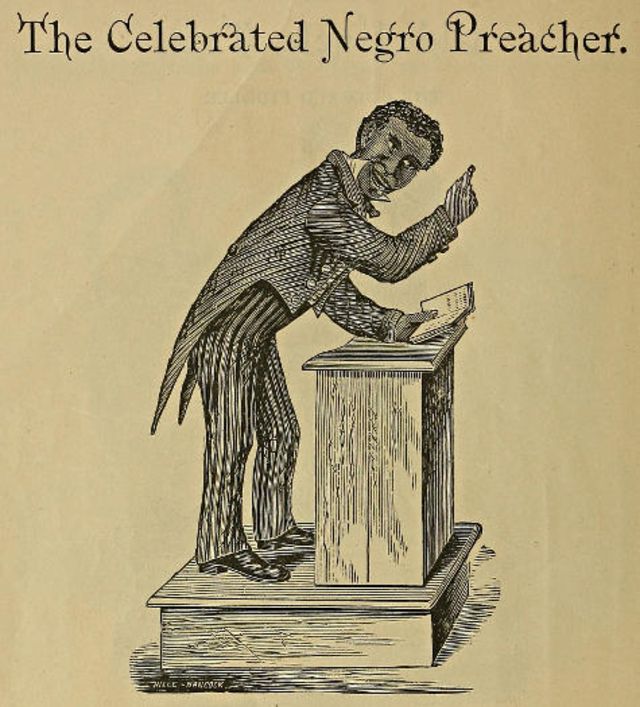 “He stands behind a desk, and slowly straightening himself up, turns his head from side to side and gestures vigorously with his arm. As he warms to his work, he leans forward over the pulpit, and shakes his head and hand at the audience, and vigorously thumps the desk. The motions are so life-like and comical that one almost believes that he is actually speaking. The face and dress alone provoke irresistible laughter. He preaches as long as any preacher ought to, and stops when he gets through. 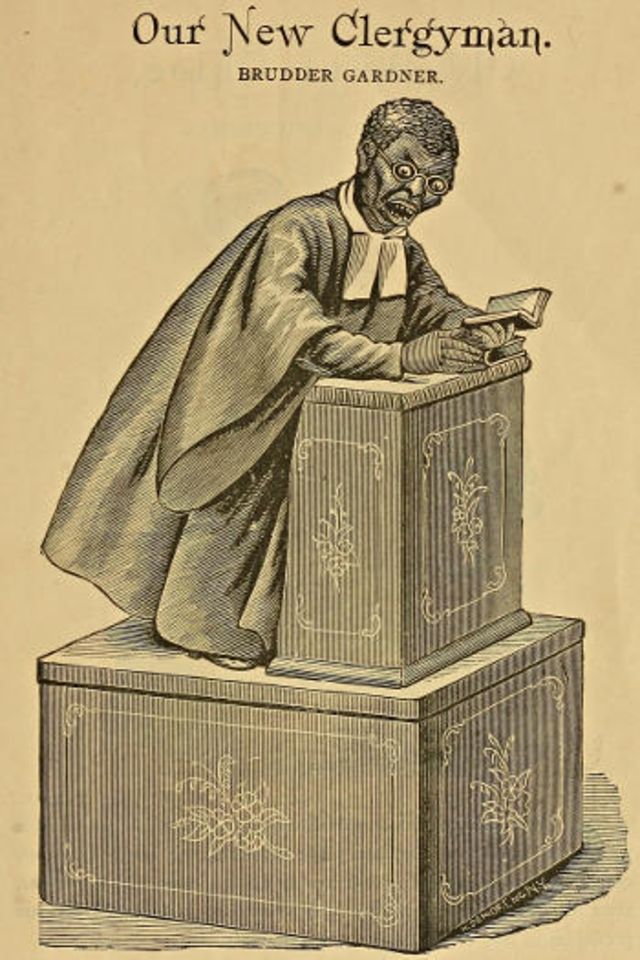 The description on the opposite page applies to this brudder also.