Love Cosmetics was introduced by Menley & James Laboratories on March 1, 1969. By the summer of 1970, the company was marketing and promoting Fresh Lemon bath products and Soft Eyes items to beautify the eyes. Advertising was coordinated by Wells, Rich, Greene advertising agency (1967 – 1990), a company founded by Mary Wells Lawrence. Love’s advertising budget surpassed $7 million. There was an emphasis on a long-term building operation, with advertisements on television and in women’s magazines.

The ideal customer on which marketing focused was a young woman, 20 to 25. She might be a young businesswoman, co-ed, or young married. She was likely a trend setter and a heavy cosmetics user. Love Cosmetics’ first line of items included Love’s Fresh Lemon Cleanser, Lovelids eyeshadow, and Eau De Love. In all, there were eleven products, and with the inclusion of shades, they numbered forty-three.
Loveshines was the fun stick to contour and color your eyes, face, all your other kissable little curves and hollows. Lipsticks were called Lovesticks. The remainder of the line was Love’s Basic Moisture, Love’s A Little Color, Love’s Transparent Powder, Love’s A Little Cover, Love’s Liner, Love’s Mascara, and Lovelids. The latter was an eyeshadow with a container in the shape of a plastic eyeball. The company believed that eyeshadows for the day should be in neutral shades, specifically taupe, russet, heather, or olive green. Nighttime was more suited for deeper, yet not brighter colors, especially purple, plum, or teal. In early 1976, Love Cosmetics started marketing Purple Sage, Tumbleweed, and Prairie Dawn eyeshadow shades.
In April 1974, Love Cosmetics began to make a line of Baby Soft products meant for adults. The items were scented with an innocent fragrance most often associated with babies. There was a Baby soft talc, a body lotion, and a foam bath. A marketing slogan read sexy in a very special way. Baby Soft products were priced from $2 to $2.75. 1975 was a busy year in the cosmetics industry with the introduction of many fragrances by competing firms. Love Cosmetics’ new scent was called Daisy L. 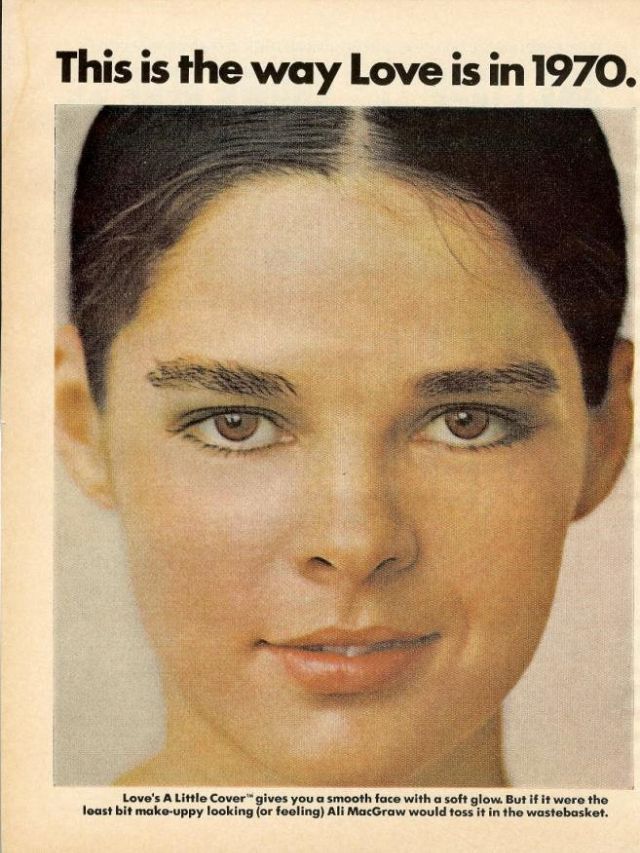 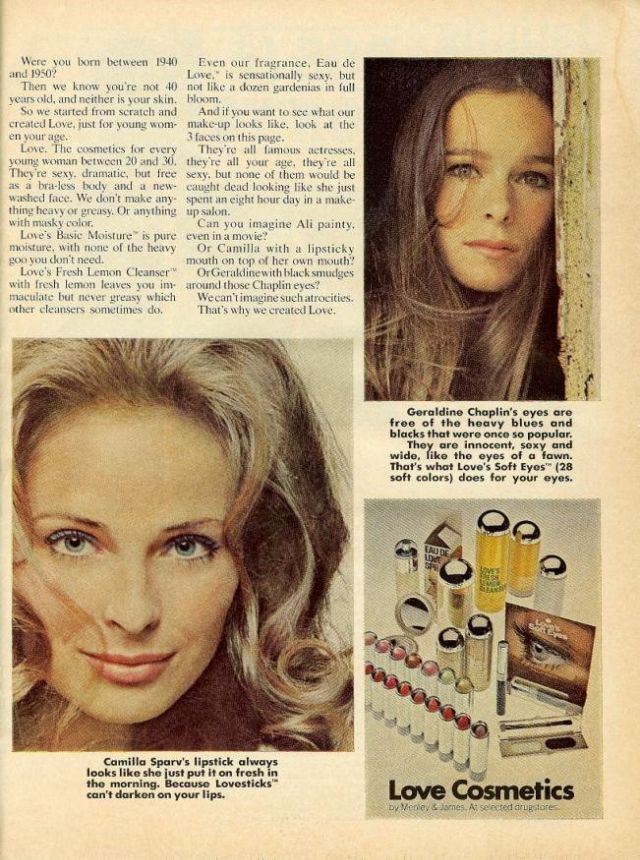 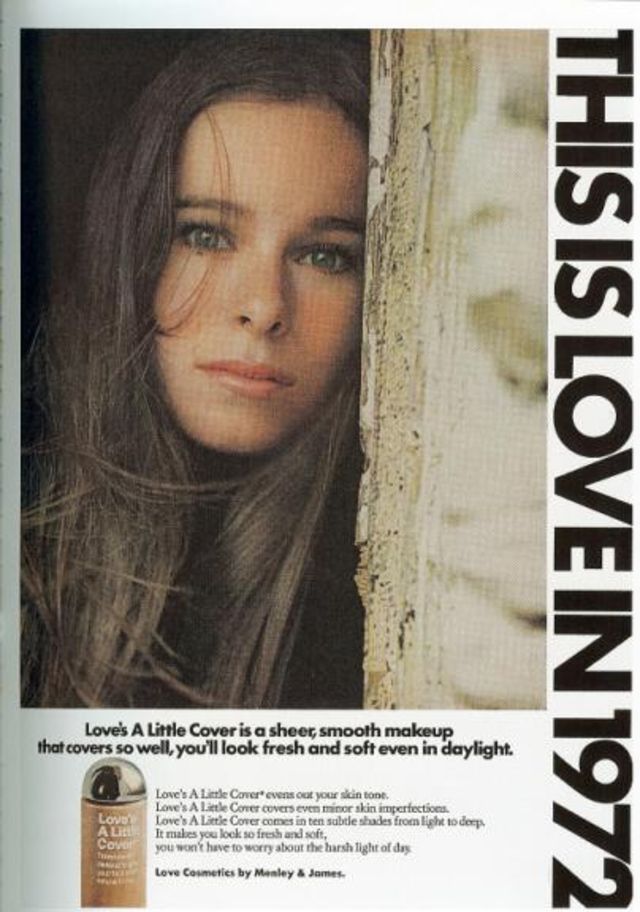 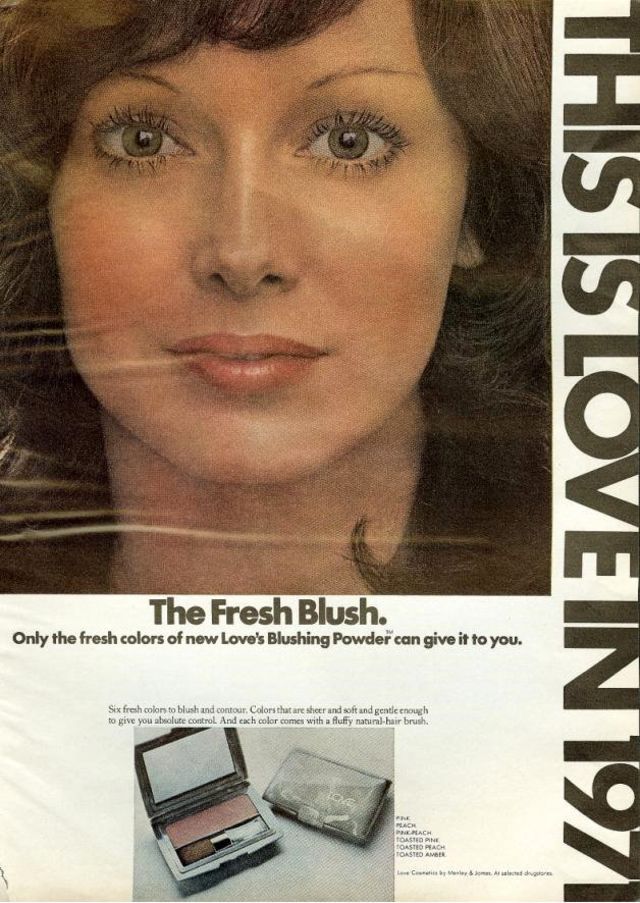 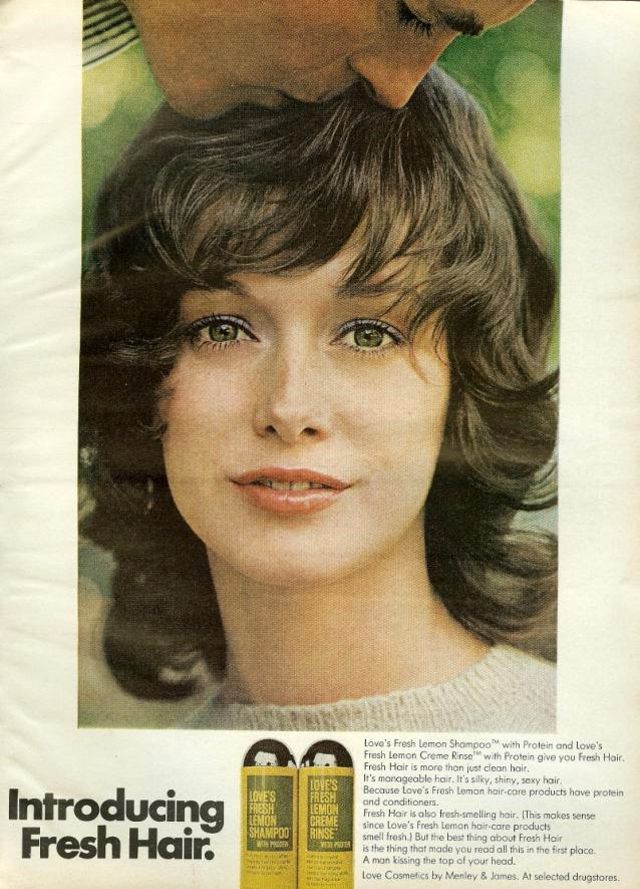