Group portrait of the Australian 11th (Western Australia) Battalion, 3rd Infantry Brigade, Australian Imperial Force posing on the Great Pyramid of Giza on January 10, 1915, prior to the landing at Gallipoli. The 11th Battalion did much of their war training in Egypt and would be amongst the first to land at Anzac Cove on April 25, 1915. In the five days following the landing, the battalion suffered 378 casualties, over one third of its strength. 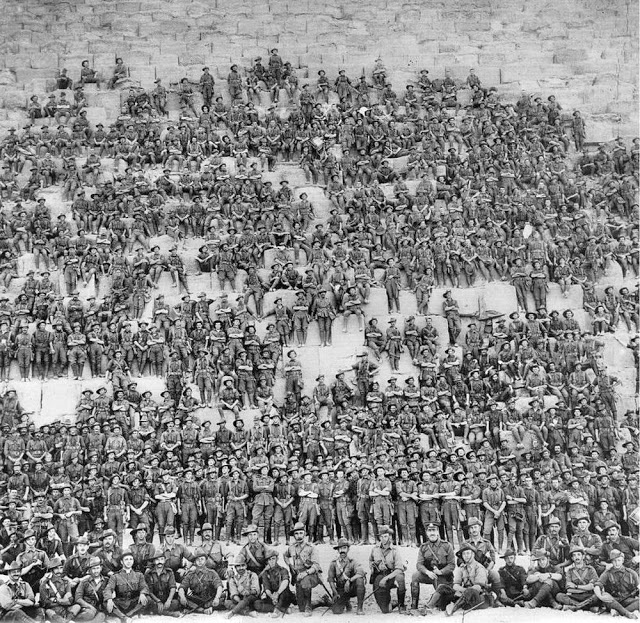 The 11th Battalion was an Australian Army battalion that was among the first infantry units raised during World War I for the First Australian Imperial Force. It was the first battalion recruited in Western Australia, and following a brief training period in Perth, the battalion sailed to Egypt where it undertook four months of intensive training. In April 1915 it took part in the invasion of the Gallipoli Peninsula, landing at Anzac Cove. In August 1915 the battalion was in action in the Battle of Lone Pine. Following the withdrawal from Gallipoli, the battalion returned to Egypt where it was split to help form the 51st Battalion. In March 1916, the battalion was deployed to the Western Front in France and Belgium where it took part in trench warfare until the end of the war in November 1918.