The Krummlauf (English: “curved barrel”) is a bent barrel attachment for the Sturmgewehr 44 assault rifle developed by Germany in World War II. The curved barrel included a periscope sighting device for shooting around corners from a safe position.

German engineers during the war were perhaps the best and most creative in the world. They were literally weeks from producing their own atomic bomb when Berlin finally fell. And it’s no surprise they were the first to invent a gun that could shoot around corners.
They started with a standard STG44 assault rifle, and outfitted it with a special barrel attachment that curved either 30 or 45 degrees. How the heck do you aim something like that from a position of safety? The Germans thought of that and installed a periscope sighting device that allowed the weapon’s operator to at least have a chance of hitting the target. Tests at the time showed that a skilled marksman could put a group of bullets in a 35x35cm square at 100 meters. There were a few problems to be overcome before the so-called “corner shot” rifle could be pressed into service on the battlefield.
Almost immediately, engineers realized that the curved barrel would have a short life span. For the 30 degree model, 300 rounds was the maximum number of bullets that could be safely fired before the barrel failed and broke apart. The 45 degree version was even less sturdy, firing only about 160 rounds. The curved trajectory put both barrel and round under great stress. Bullets tended to break apart into multiple fragments, like a shotgun, from the undue pressure of having its path forcibly changed.
The workaround solution the engineers came up with was to drill small vents in the barrel to release the gas pressure driving the bullet. The result was a slower velocity (and shorter range) for the weapon. There was no discernible effect in making the barrel longer-lasting. The vents created an unintended consequence when the hot gases from the vent would blow back into the user’s face.
20,000 units of the STG44 Krummlauf were ordered but only 500 were delivered to be used on the battlefield. The curved rifle was intended to be be mounted inside armored vehicles and tanks, on a turret up top, that allowed for a full 360 degree field of fire while the trigger man remained safely inside the vehicle. 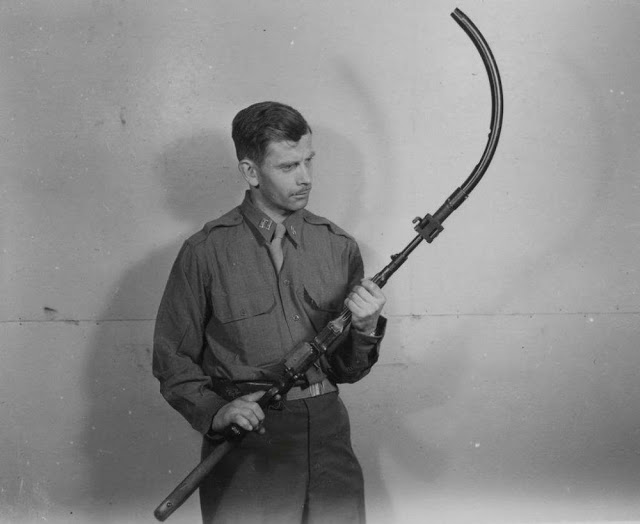 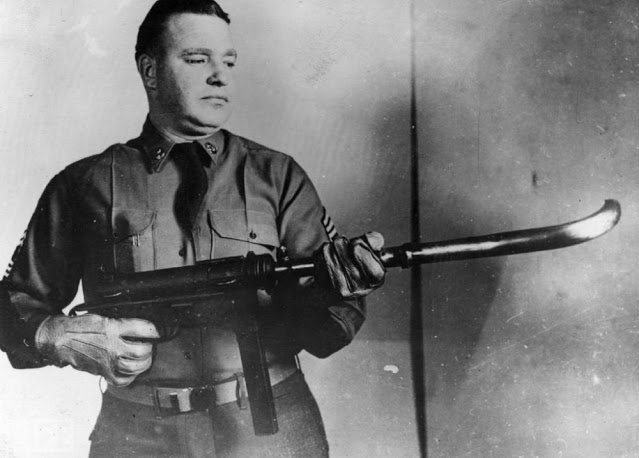 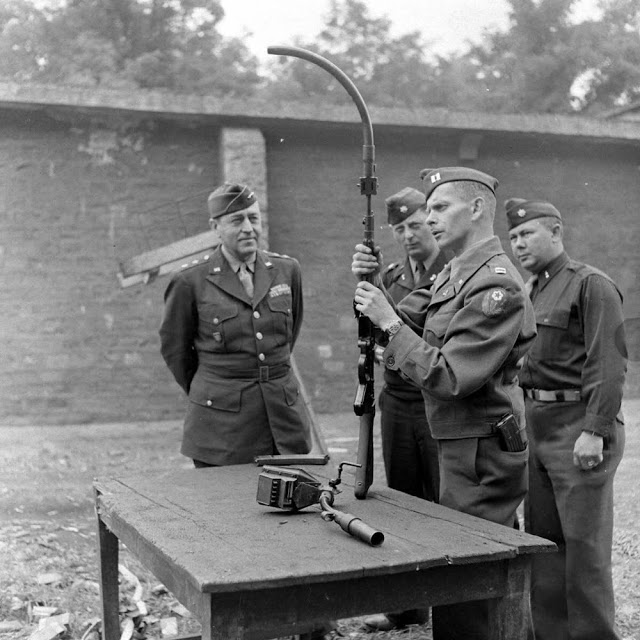 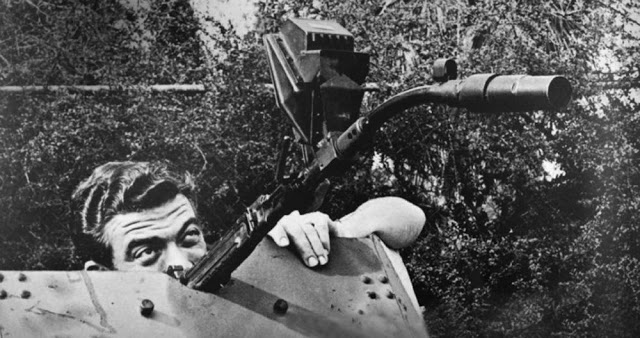 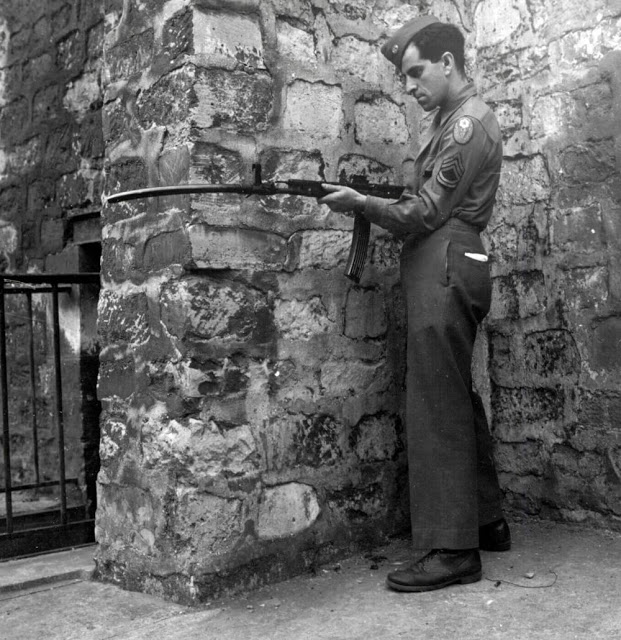