Believe it or not, the origin of La-Z-Boy Inc. dates all the way back to the 1920s. Since then, the company has grown, evolved, and innovated into a well-known and reputable brand of quality and comfortable home furniture.

In 1927, cousins Edward M. Knabusch and Edwin J. Shoemaker partnered and invested in the furniture business in the town of Monroe, Michigan. They set out to design a chair for what they called “nature’s way of relaxing.” Using orange crates to mock-up and refine their idea, they invented a wood-slat porch chair with a reclining mechanism. Knabusch and Shoemaker then upholstered their innovation and marketed it as a year-round chair. The chair was a success; they held a contest to name it—La-Z-Boy was the winner.
La-Z-Boy was a Michigan success story, but it would take the postwar boom to make it a national name. After weathering WWII by making seats for tanks, the brand returned to consumer production right around the time that TVs were hitting the market and the epic wave of suburbanization was starting to roll. The year 1960 saw the debut of the “Reclina-Rocker,” a spring-driven rocking chair with an anchored base, combined with a footrest-equipped recliner activated by a side lever. The company didn’t market its chairs as a TV accessory per se, but it didn’t have to. For Americans lounging in the glow of their Zeniths and Philcos, a La-Z-Boy was the perfect accessory.
“The chair was like magic,” the founders said. “It sold well from the beginning. The problem was making enough of them.” Between 1961 and 1970, sales went from $2M to $50M.
The 1970s were an era of bell-bottoms, disco, and innovation. With this, La-Z-Boy released the Lounger. This new chair can be placed a few inches from the wall and still recline with ease. La-Z-Boy also broke into a new market by offering new swivel and reclining desk chairs. These durable, yet comfortable, chairs became popular in hospitals, nursing homes, and offices.
With new products and new markets came new advertising to match. La-Z-Boy began a partnership with recognizable faces and household names to promote their new products, including Alex Karras & Susan Clark, Uncle Sam, Mr.Magoo and Johnny Carson. 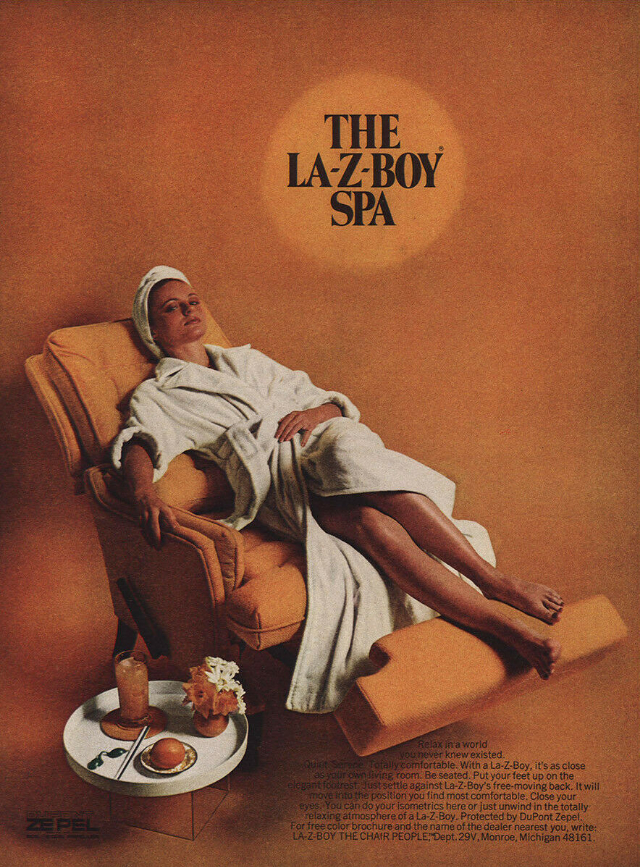 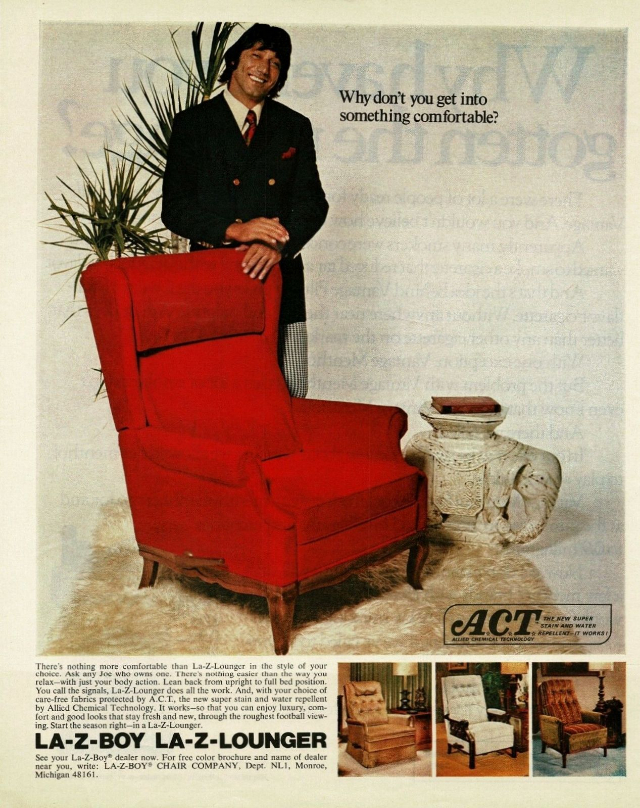 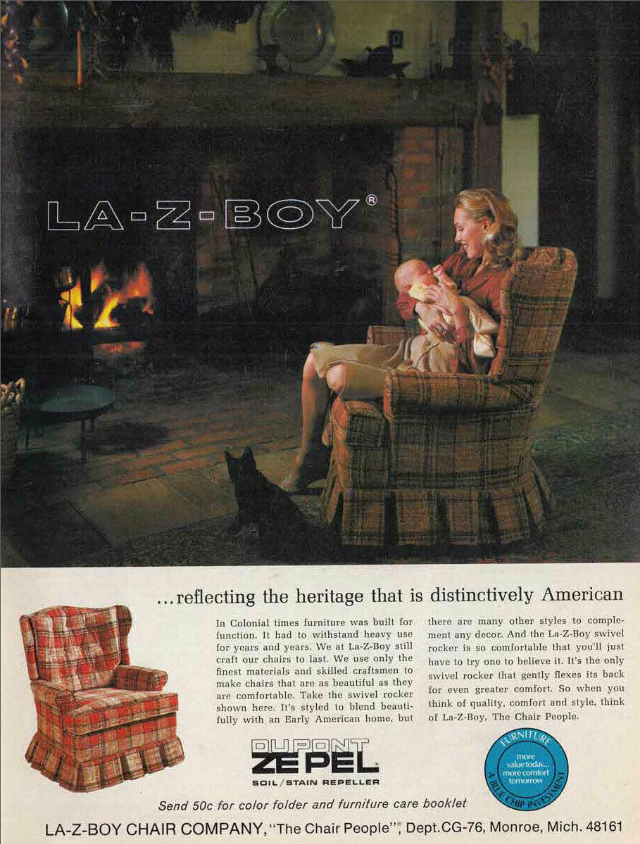 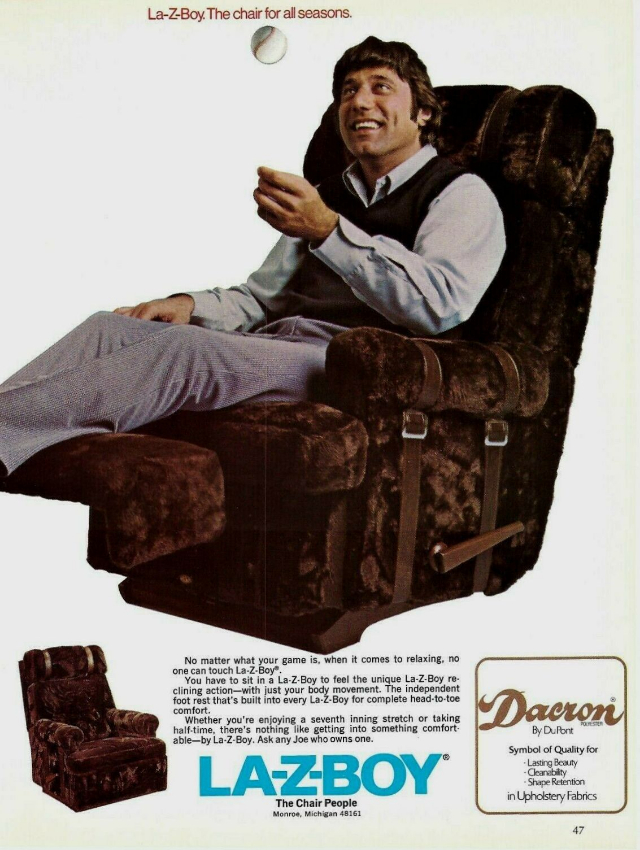 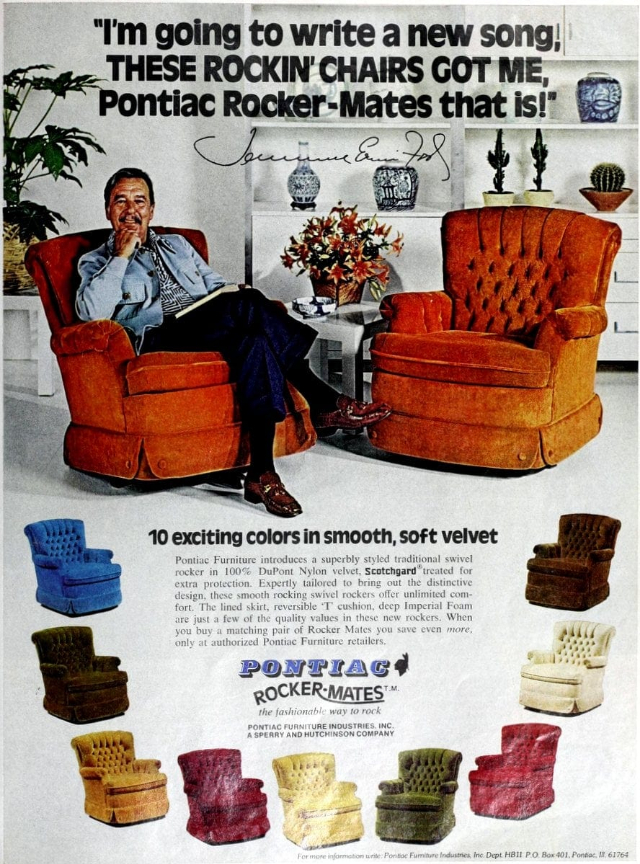