Below are some photographs of Robert Plant enjoying an ice cream cone in front of a “Happy Birthday, America” sign during Led Zeppelin’s 1977 North American Tour stop in April at Chicago Stadium. This was the eleventh and final concert tour of North America by the English rock band. The tour was divided into three legs, with performances commencing on 1 April and concluding on 24 July 1977. The tour was originally intended to finish on 13 August, but was cut short following the death of Robert Plant’s son. 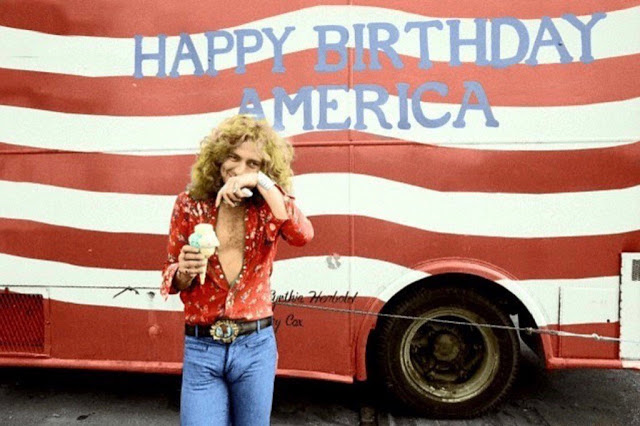 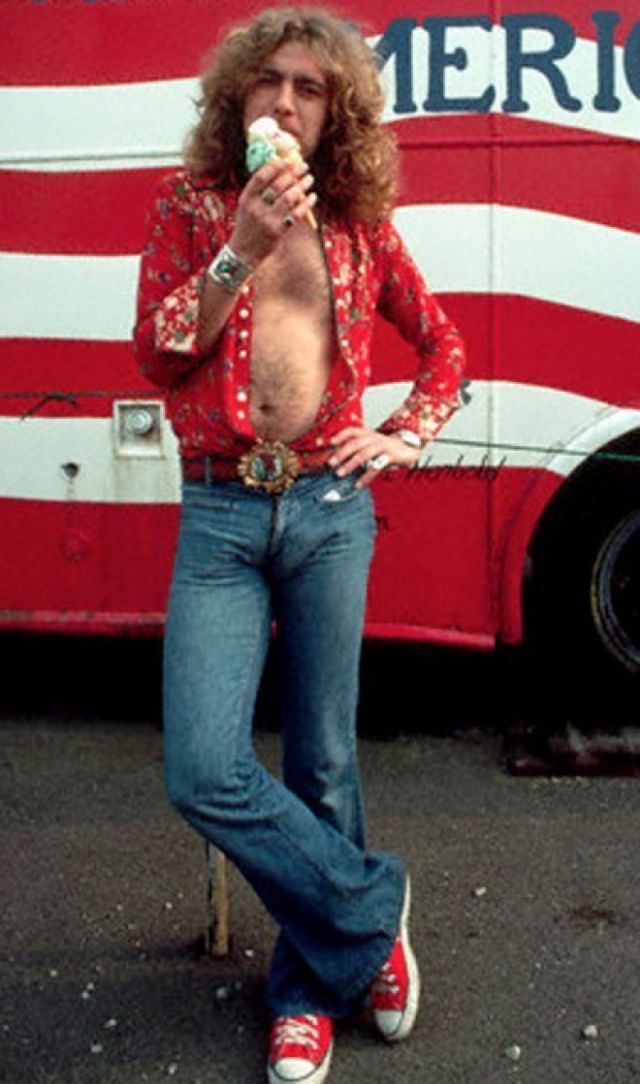 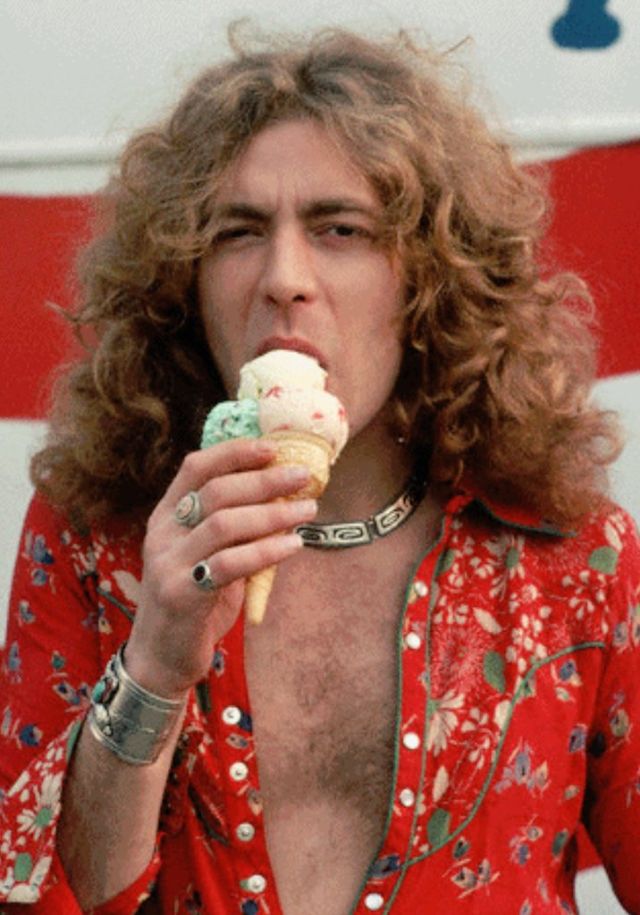 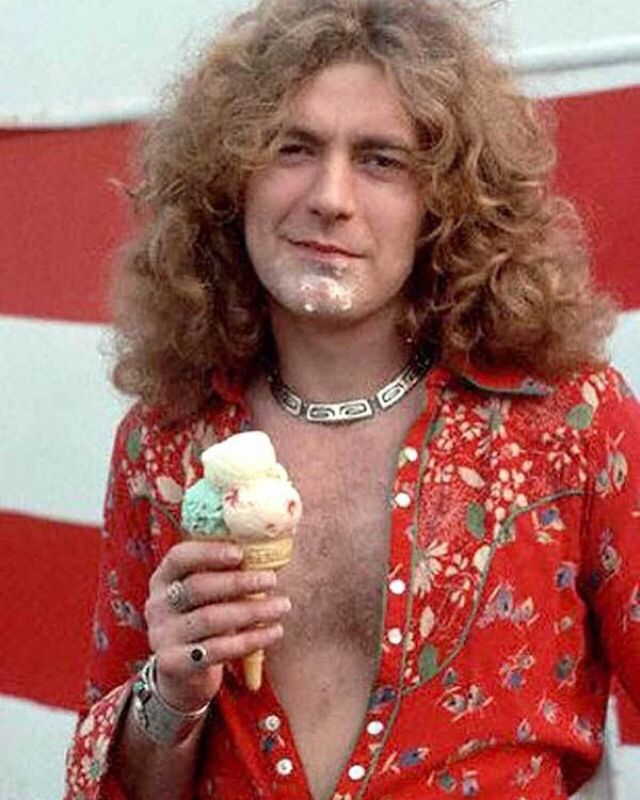