Stanley Kubrick’s film The Shining featured a very creepy hotel that was haunted. The actual hotel used for the film was represented by Timberline Lodge at Mt. Hood in Oregon and was named the fictional ‘Overlook Hotel’. In the film itself, we learn all about the two little girls that were murdered by their father. He also murdered his wife because he essentially… went mad.

The Stanley Hotel actually makes the “most haunted hotels” list and is definitely worth checking out. However, you should probably avoid staying in room 217 and a few others. Several guests over the years have spoken about their experience of the haunted hotel and how creepy it was during their stay.

“Any big hotels have got scandals [sic] … Just like every big hotel has got a ghost. Why? Hell, people come and go. Sometimes one of ‘em will pop off in his room, heart attack or stroke or something like that. Hotels are superstitious places.” — Stephen King, The Shining (1977)

Some time in 1974, horror writer Stephen King and his wife Tabitha spent one night at the Stanley Hotel during their brief residency in Boulder, Colorado. At the time, King was struggling with Darkshine as the working title of his latest project. King had set the events of the book in an amusement park but he felt a more isolated setting was necessary. According to George Beahm’s Stephen King Companion, “on the advisement of locals who suggested a resort hotel located in Estes Park, an hour’s drive away to the north, Stephen and Tabitha King found themselves checking in at the Stanley Hotel just as its other guests were checking out, because the hotel was shutting down for the winter season. After checking in and after Tabitha went to bed, King roamed the halls and went down to the hotel bar, where drinks were served by a bartender named Grady. As he returned to his room, numbered 217, his imagination was fired up by the hotel’s remote location, its grand size, and its eerie desolation. And when King went into the bathroom and pulled back the pink curtain for the tub, which had claw feet, he thought, ‘What if somebody died here? At that moment, I knew I had a book.’”

In a 1977 interview by the Literary Guild, King recounts, “While we were living [in Boulder] we heard about this terrific old mountain resort hotel and decided to give it a try. But when we arrived, they were just getting ready to close for the season, and we found ourselves the only guests in the place—with all those long, empty corridors.” King and his wife were served dinner in an empty dining room accompanied by canned orchestral music: “Except for our table all the chairs were up on the tables. So the music is echoing down the hall, and, I mean, it was like God had put me there to hear that and see those things. And by the time I went to bed that night, I had the whole book [The Shining] in my mind.” In another retelling, King says, “I dreamed of my three-year-old son running through the corridors, looking back over his shoulder, eyes wide, screaming. He was being chased by a fire-hose. I woke up with a tremendous jerk, sweating all over, within an inch of falling out of bed. I got up, lit a cigarette, sat in a chair looking out the window at the Rockies, and by the time the cigarette was done, I had the bones of The Shining firmly set in my mind.”

The Shining was published in 1977 and became the third great success of King’s career after Carrie and ‘Salem’s Lot. The primary setting is an isolated Colorado resort called the Overlook Hotel which closes for the winter. In the front matter of the book, King tactfully states, “Some of the most beautiful resort hotels in the world are located in Colorado, but the hotel in these pages is based on none of them. The Overlook and the people associated with it exist wholly in the author’s imagination.” King locates the Overlook Hotel near the fictional town of Sidewinder which is supposed to be near Estes Park. The Stanley Hotel is never mentioned. Notwithstanding King’s efforts to explicitly differentiate the Overlook Hotel from the Stanley, it seems that King imagined the Stanley Hotel as the setting of The Shining. Room 217 of the Overlook features prominently in the novel, having been the room where King spent the night at the Stanley. This is the room on the second floor in the center of the west wing with a balcony overlooking the south terrace. Room 217 remains the Stanley’s most requested accommodation.

Despite its connection with Stephen King’s novel, the Stanley Hotel has little to do with Stanley Kubrick’s iconic 1980 film adaptation. Kubrick’s vision for the movie differed significantly from King’s in many ways, including the portrayal of the Overlook Hotel. The exteriors of Kubrick’s Overlook were supplied by the Timberline Lodge (built 1936–38) near Mt. Hood in Oregon and inspiration for the interior sets (erected at Elstree Studios in the UK) came primarily from the Ahwahnee Hotel (built 1927) in Yosemite National Park. The management of the Timberline Lodge, fearful that guests would refuse to stay in their Room 217 if it were featured in a horror movie, insisted that Kubrick change the haunted room in the film to the fictional Room 237.

King was apparently displeased with Kubrick’s film, based mainly on Jack Nicholson’s portrayal of Jack Torrance. In 1996, Warner Brothers secured the television rights to The Shining and produced a miniseries (stylized as “Stephen King’s The Shining”) with a script by Stephen King. Thanks to King, the Stanley Hotel was chosen as the primary shooting location. A playhouse version of the main building which adorned the lawn of the Overlook Hotel in the series can be viewed in the basement of the Stanley.

The success of The Shining sparked new interest in the hotel, and guests soon started flocking to Estes Park, all trying to check into room 217. Even now, that room is booked solid, and it’s basically impossible to find it available on Halloween. 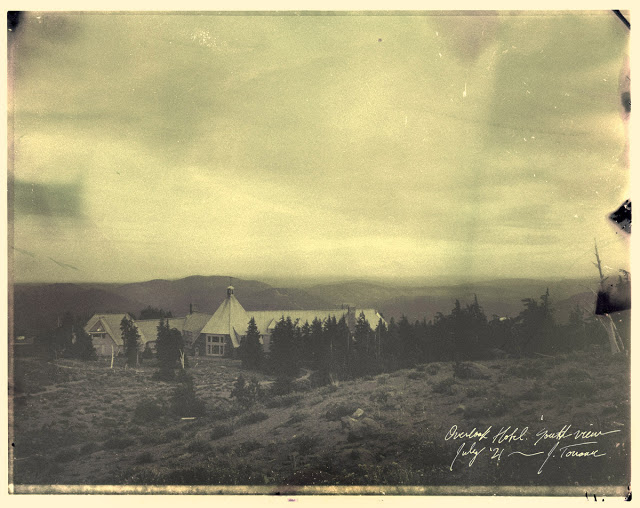 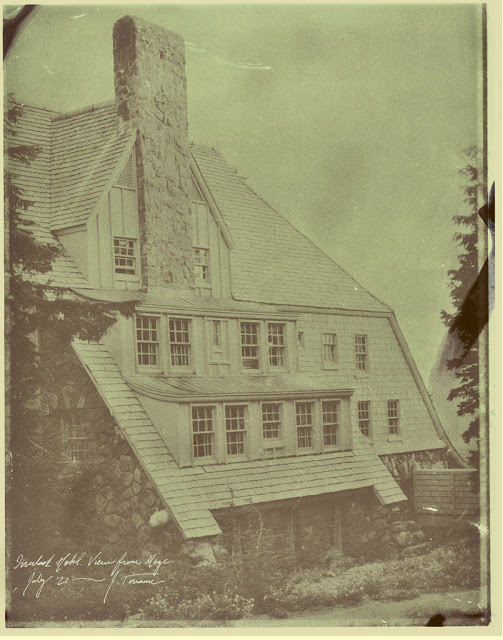