Images of a Woman, also known as The Tokyo Painting is one of those rare Beatles memorabilia pieces that not many people have heard about. It is an abstract collaboration painted and signed by John Lennon, Paul McCartney, George Harrison and Ringo Starr.

Between June 30 and July 2, 1966, the Beatles were in Tokyo, Japan to play a series of concerts at the Budokan Hall. Because of fanatical Beatlemania from the Japanese fans as well as the fact that it was their first (and only) appearance in Japan, they were virtual prisoners in the Tokyo Hilton Hotel for the duration of their stay. Completely bored, someone, possibly Brian Epstein or their Japanesse promoter, Tats Nagashima, suggested that they quietly paint to pass the time with a canvas and paints. The resulting work of art would be the only one created and signed by all four Beatles (although they did also collaborate on a pen and ink drawing “greeting card” for the Monterey Pop Festival in June 1967, to which they were invited to perform but politely declined).

Working at a table with a lamp at the center of the canvas in order to hold it down and give them some light, each Beatle took a corner and painted what they wanted to in their own style. The resulting white circle at the center of the painting (a result of the lamp covering the canvas) was where they each signed next to their quadrant of art. The resulting piece, titled “Images of a Woman,” was given to Tetsusaburo Shimoyama, an entertainment industry executive and chairman of the Japanese Beatles fan club, before they left Tokyo. When he died, his wife sold it in 1989 to a Japanese collector who kept it displayed in his living room before storing it under a bed until 2012, when it was sold again for around $150,000.

Luckily for us Beatles fans, their friend the photographer Robert Whitaker was traveling with them on tour and managed to take many photographs of them working on the painting. In fact, he recalled that they were at the most relaxed and happy when working on it, and were always keen to get back to the hotel room to work on it after giving their concerts at the Budokan. “I never saw them calmer, more contented than at this time… They’d stop, go and do a concert, and then it was ‘Let’s go back to the picture!’”

Below are some of the photographs of the Beatles creating the painting: 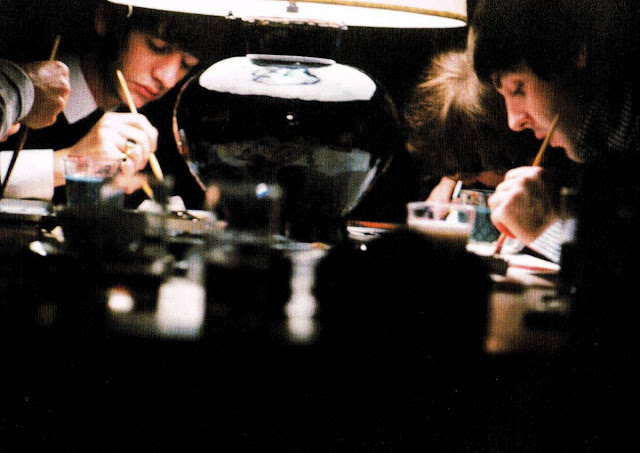 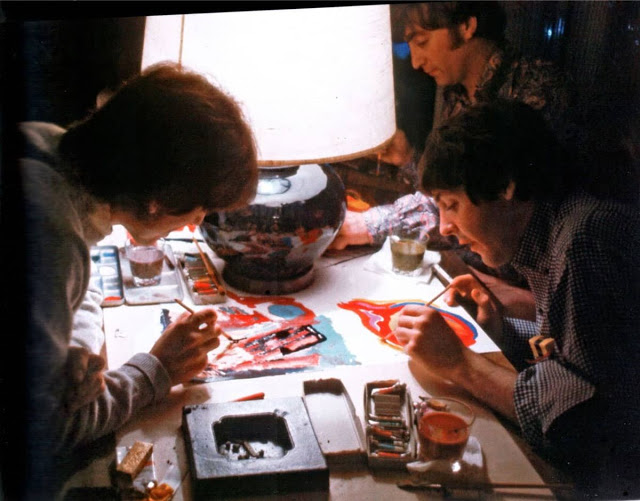 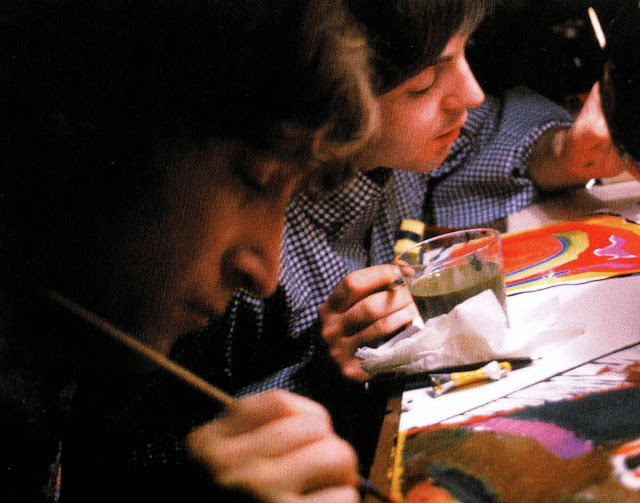 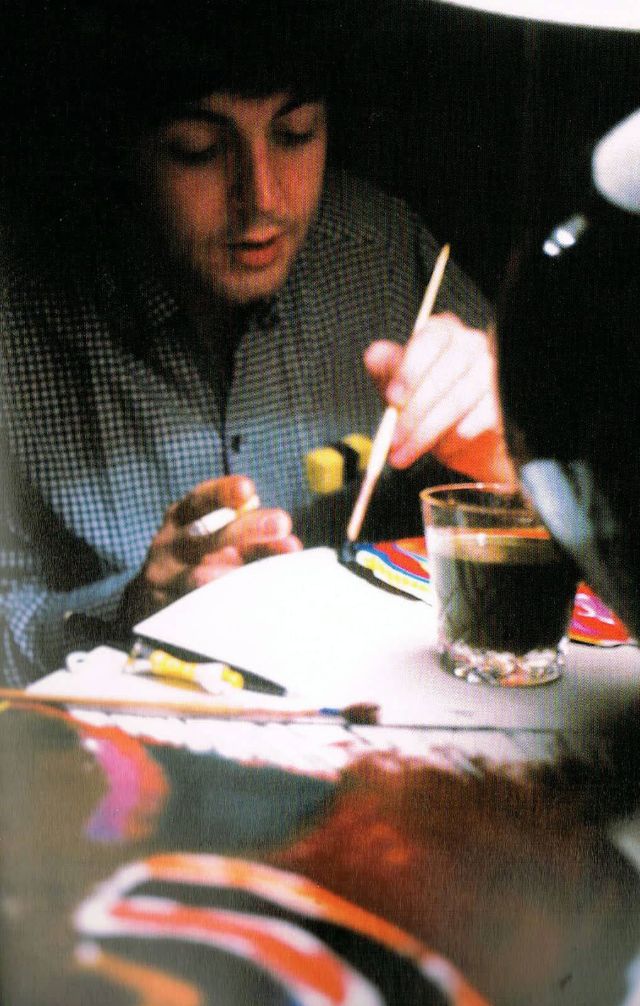 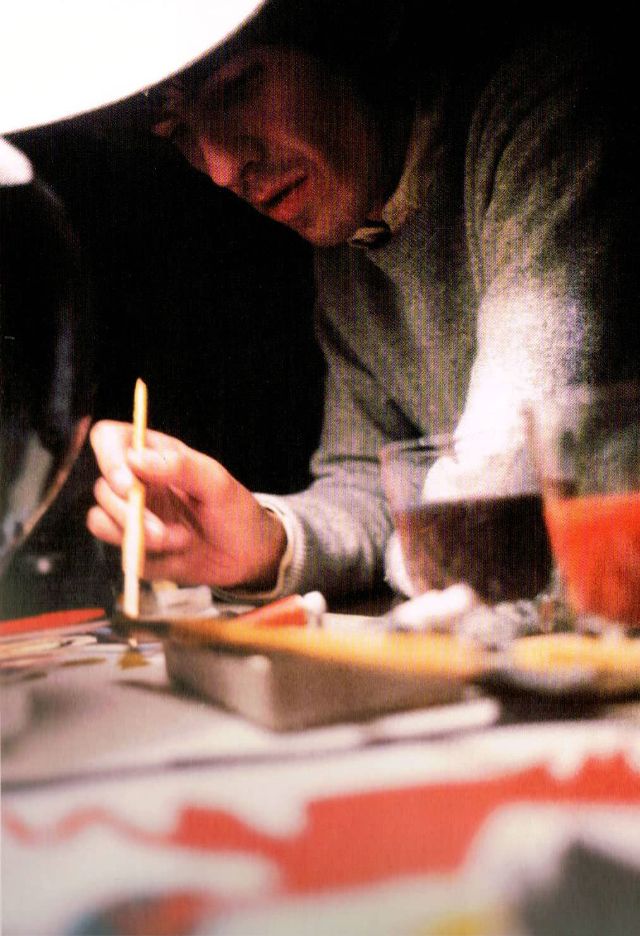