Veronica Foster (January 2, 1922 – May 4, 2000), popularly known as “Ronnie the Bren Gun Girl”, was a Canadian icon representing nearly one million Canadian women who worked in the manufacturing plants that produced munitions and matériel during World War II. Her natural beauty made her the perfect model for a national propaganda poster campaign. 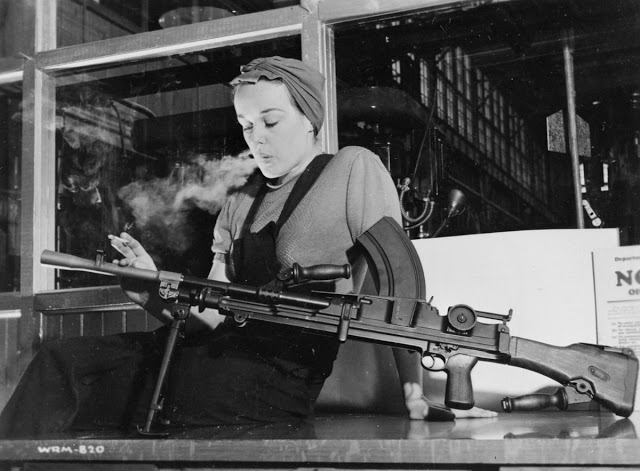 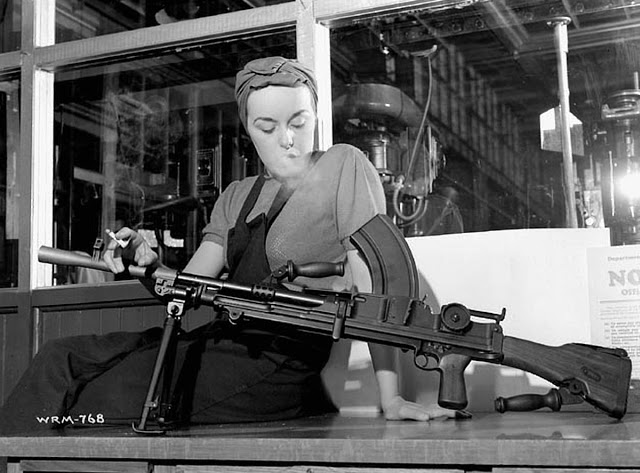 Foster worked for John Inglis Co. Ltd producing Bren light machine guns on a production line on Strachan Avenue in Toronto, Ontario. She can be seen as the Canadian precursor to the American cultural icon Rosie the Riveter.

She became popular after a series of propaganda posters were produced; most images featured her working for the war effort, but others depicted more casual settings like Foster dancing the jitterbug or attending a dinner party. In her most famous photograph, Ronnie sports curve-hugging overalls while effortlessly exhaling smoke from her cigarette as she admires her recently assembled Bren gun. 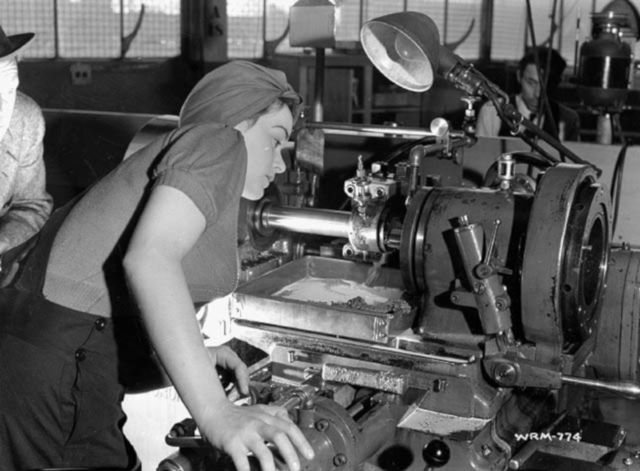 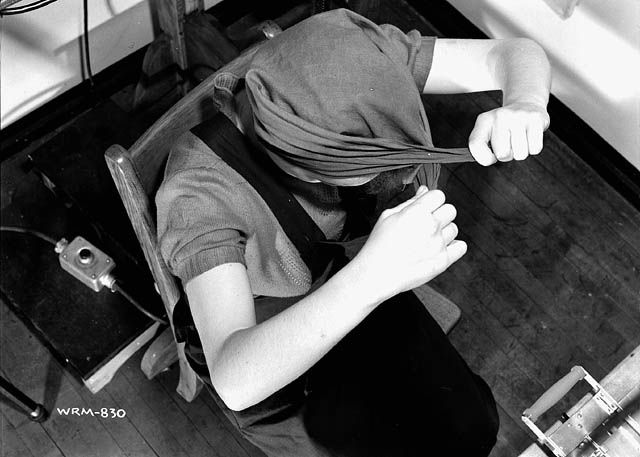 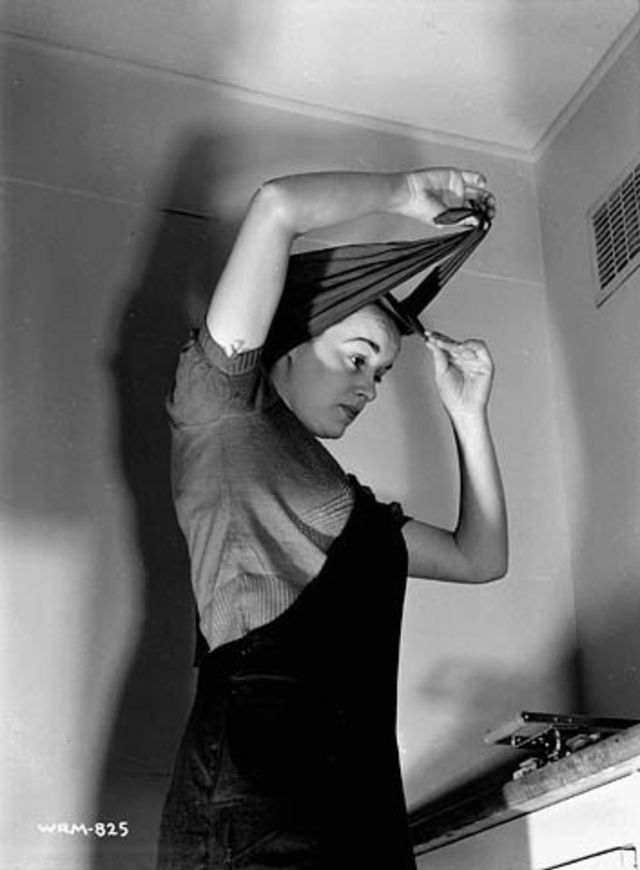 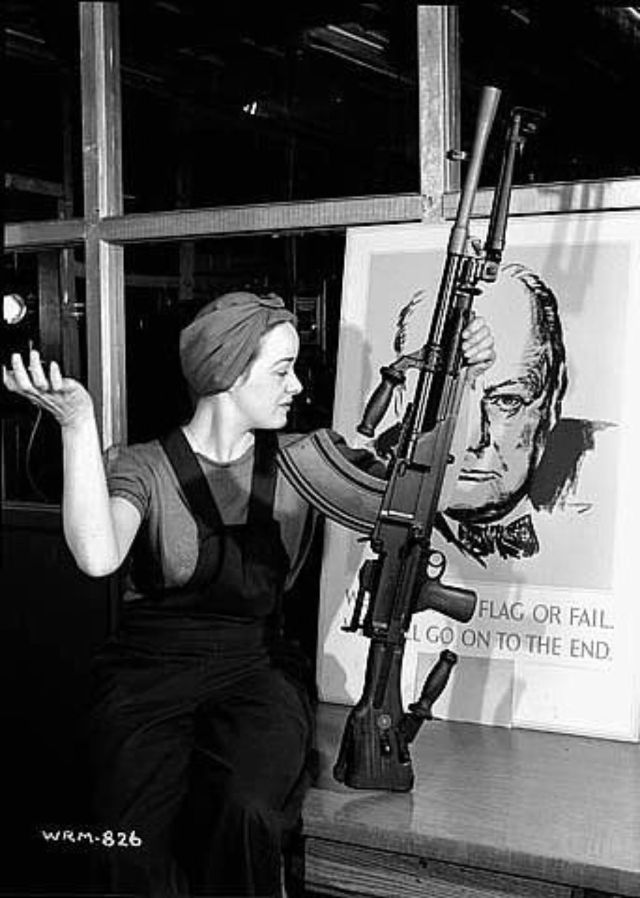 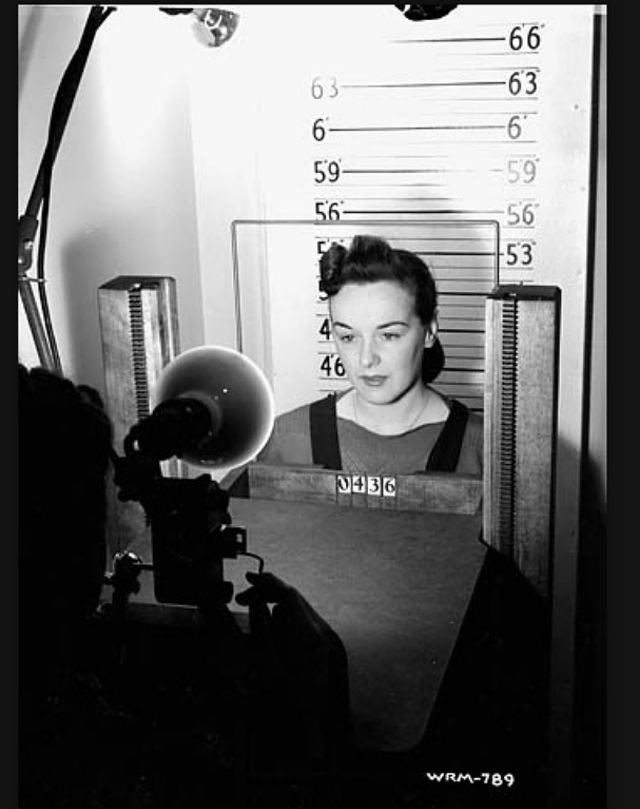 As the perfect blend of femininity and female liberation, Ronnie became the subject of public infatuation, so much so that the United States decided to create its own female war icon. And so Ronnie’s head scarf and can-do attitude was transferred to the well-known American propaganda image of “Rosie the Riveter.”