The girls were named Michelle, Sussi, Jeanette and Bonni. July 29, 1968, the girl band performed in Stjernesalen in Bergen, and Dagbladet had a newspaper article about their topless performance on July 30, 1968 pp. 1 and 12. They gave two short performances and performed cover songs by The Hollies and The Supremes.

Their booking agent was Pierre Beauvais International Booking, 28 Rubinsteinvej, Copenhagen, Denmark. In September of that year, they performed with The New Yardbirds at Fjordvilla Rock Paramount in Roskilde. The New Yardbirds changed their name to Led Zeppelin later that year.

These photos were taken by Norwegian journalist Eirik Sundvor showing The Ladybirds during their visit and performance in Bergen, Norway on July 29, 1968. 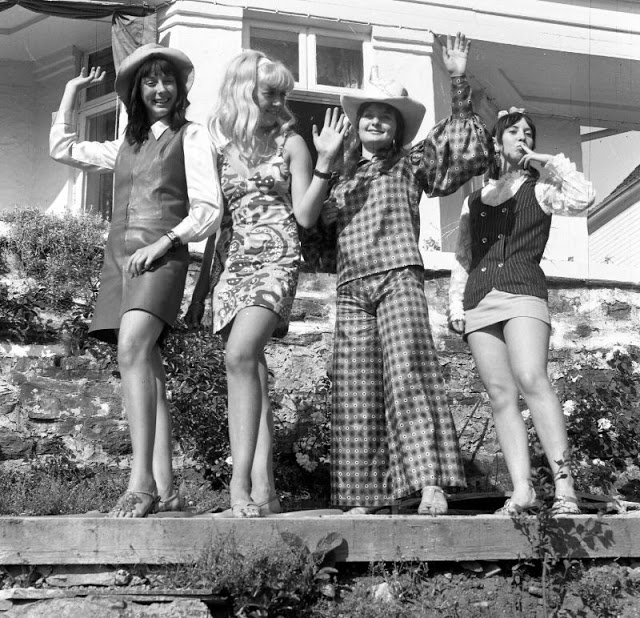 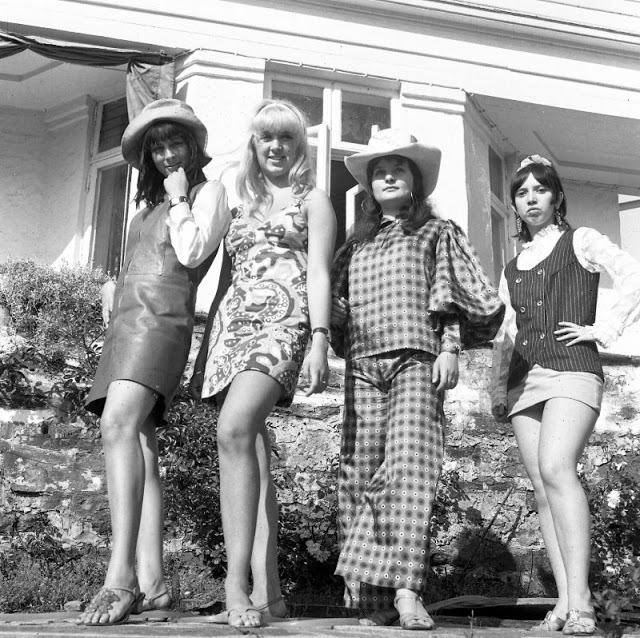 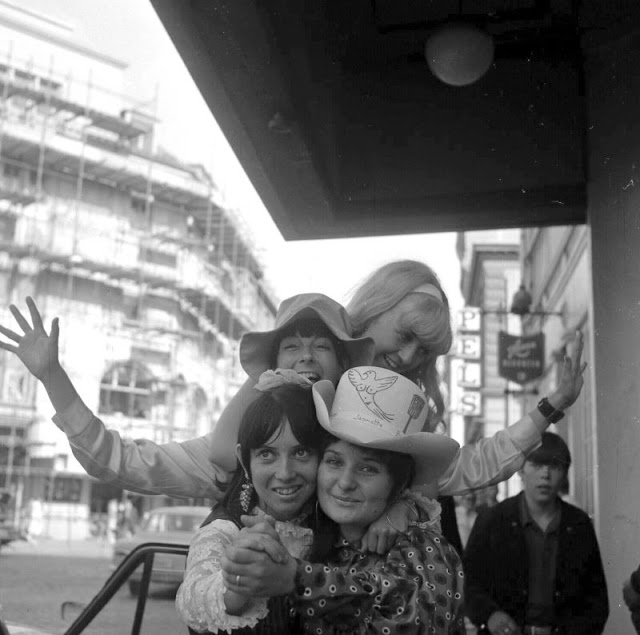 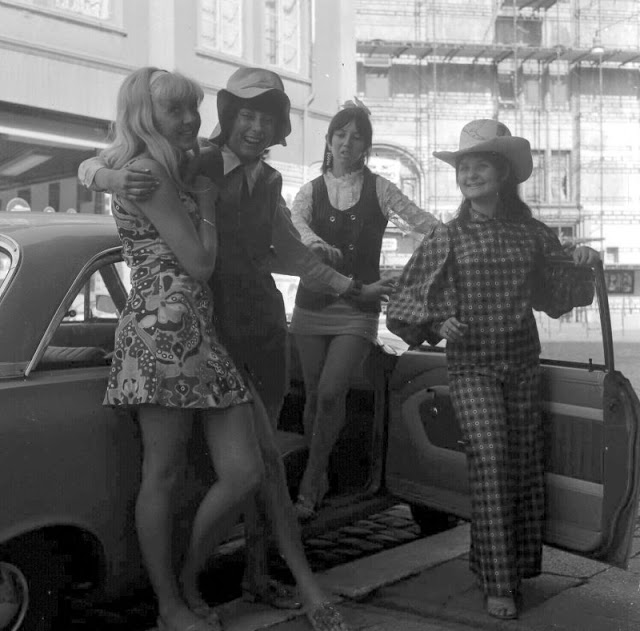 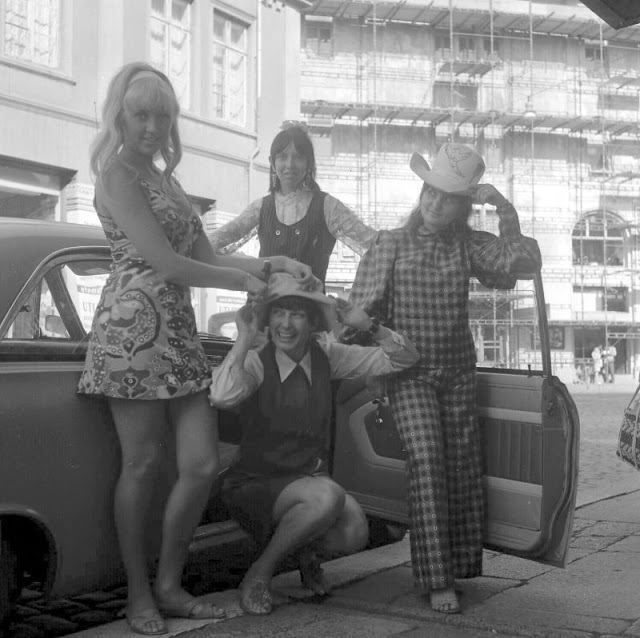