Johnny Depp and Bruce Witkin did a little bit of modeling for the Ft. Lauderdale music magazine, The Scarlet Bugle, in 1981.  In particular, they would model clothes for the boutique Tres Chic, often along with store owner GiGi Fredy.

Johnny Depp enjoyed a lot this role. At the same time in an interview appeared on December 1981 in the same magazine The Scarlet Bugle, he would have confessed his dream would have wanted to be a gas station attendant if  not enrolled in the band The Kids. He was 18 years old at the time and he was still working with his band The Kids as guitarist. The other members: Joey Malone – guitarist and vocals; Bruce Witkin – bass and vocals; Beano Hanti – drums. 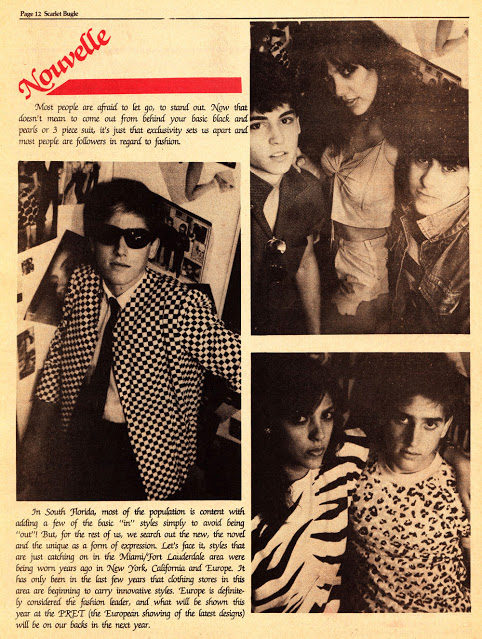 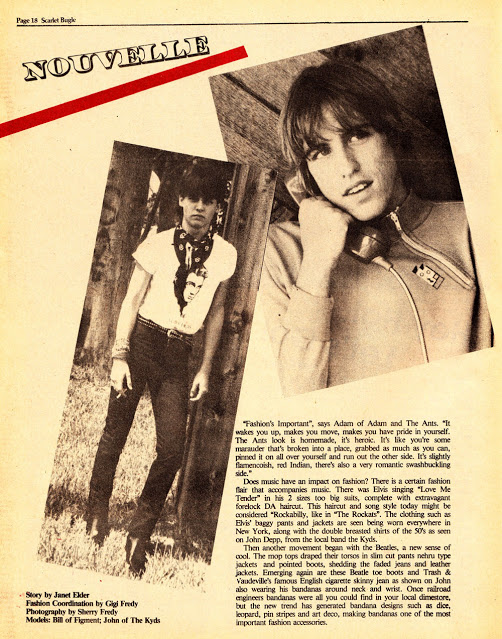 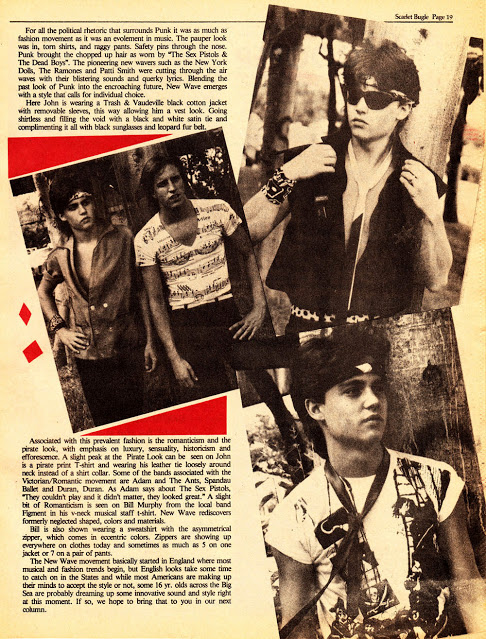 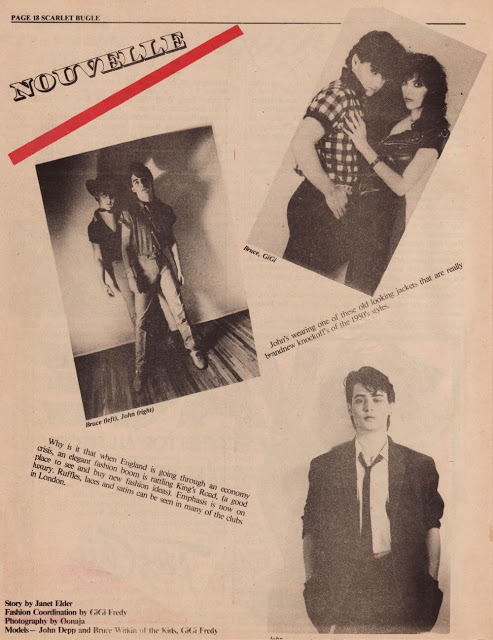 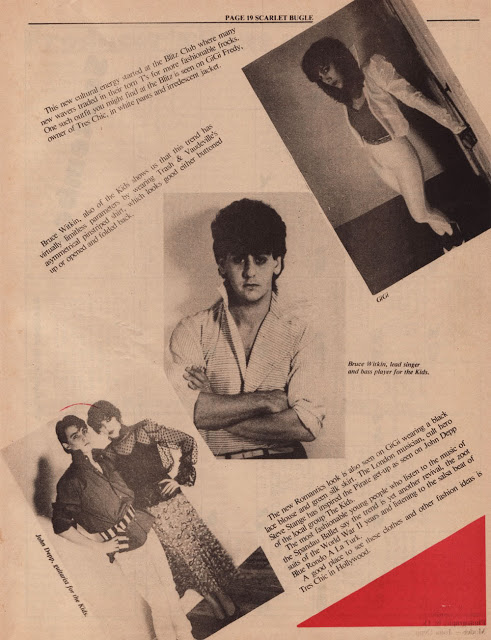