The Berlin Wall was built in 1961 to divide East and West Berlin. Constructed by the eastern, Soviet-ruled portion of the city, the wall was meant to keep Western “fascists” from invading the East — but it also served as a barricade to those Easterners attempting to migrate to the West, capitalist territory.

It was November 9, 1989, after months and months of big protests in the streets, when thousands of East Germans came to a border crossing and demanded to get to West Berlin.
These photographs show residents of communist East Germany pile into cars and move into West Berlin after the opening of the wall by the East German government. It was a peaceful revolution, not shot was fired, nobody died. 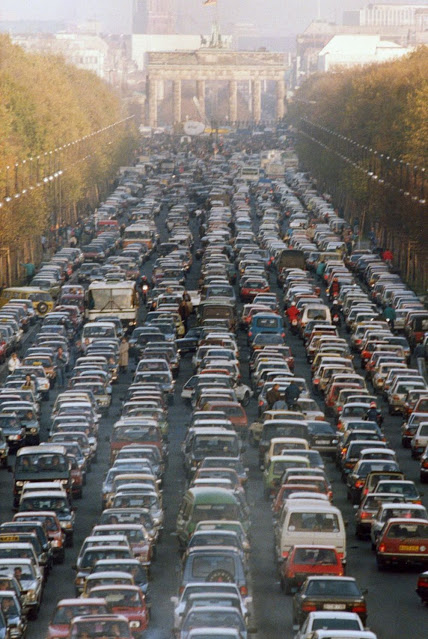 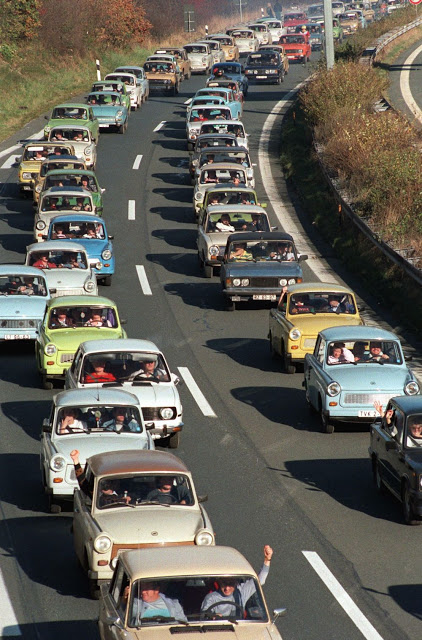 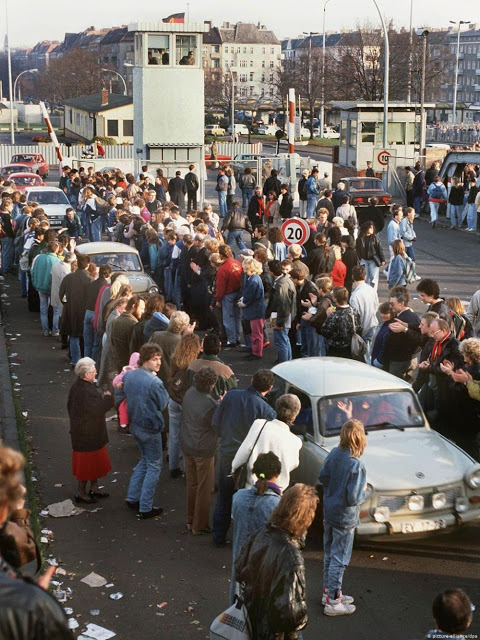 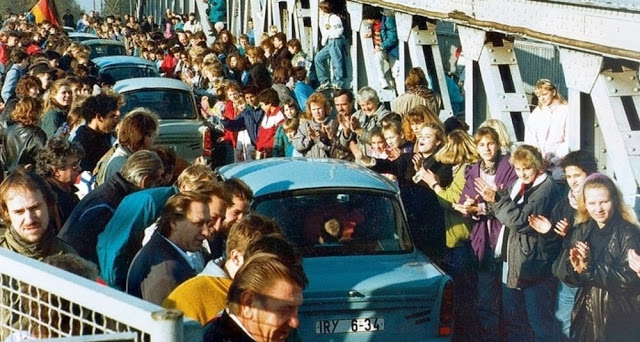 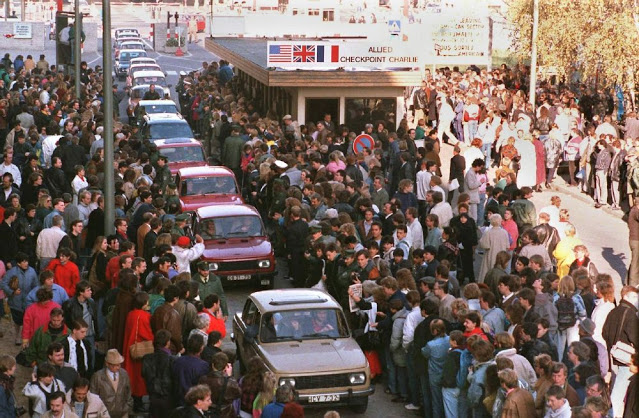