Cher is an American variety show that premiered on CBS in 1975, hosted by singer-actress Cher. The show had many famous musical guests. It followed a TV special featuring Elton John, Bette Midler, and Flip Wilson as guests.

Cher premiered on Sunday, February 16, 1975, and finished the season ranked 1st among variety shows and 22nd among all programs, with a 21.3 average household share.

Here below is a photo set that shows David Bowie performing with Cher on her variety show in November 1975, shortly after reaching number one in the US charts for the first time with “Fame.” 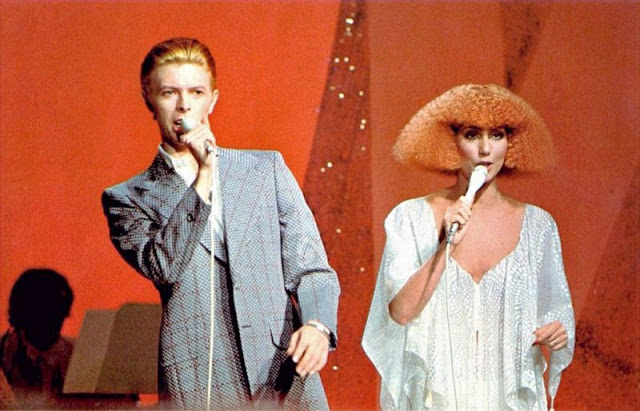 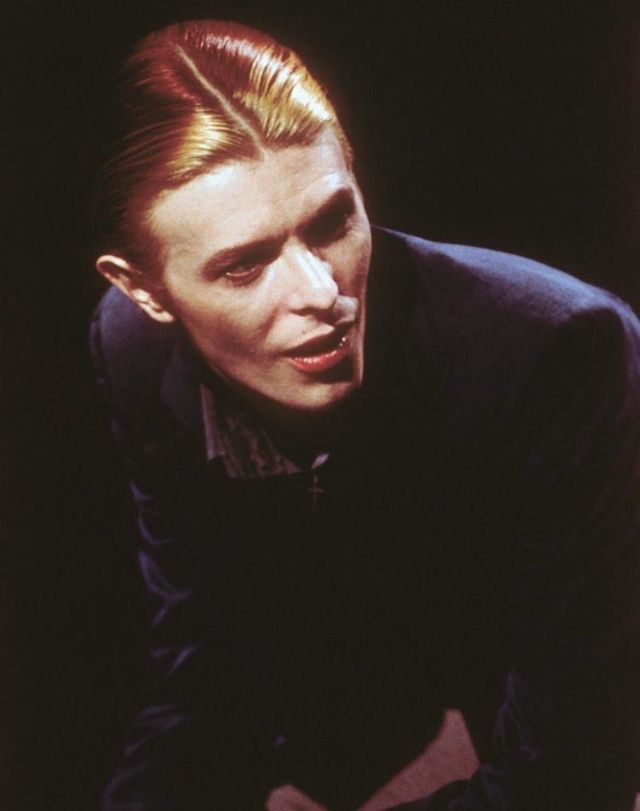 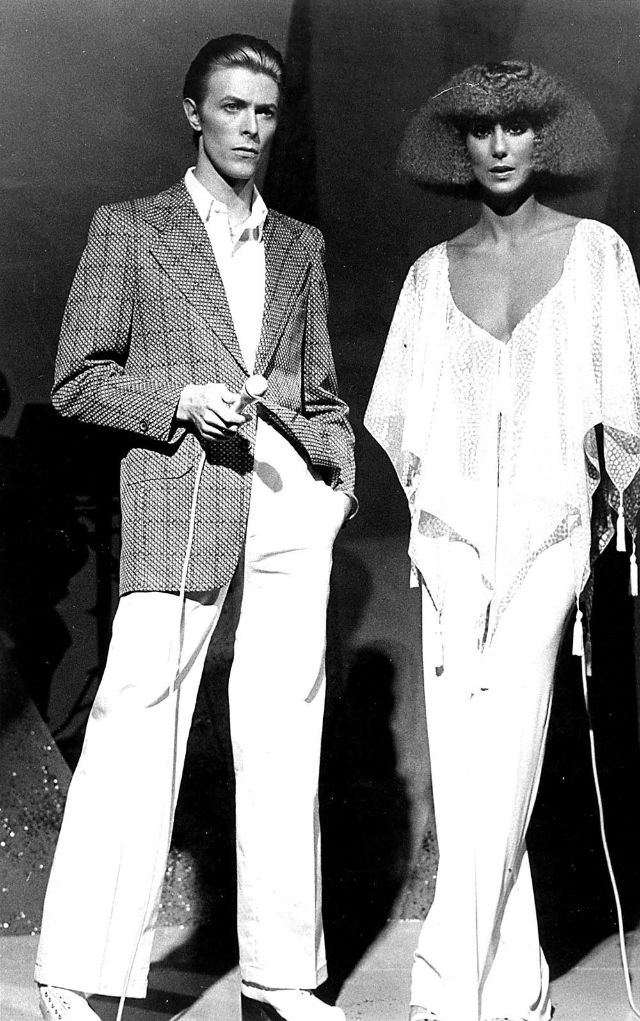 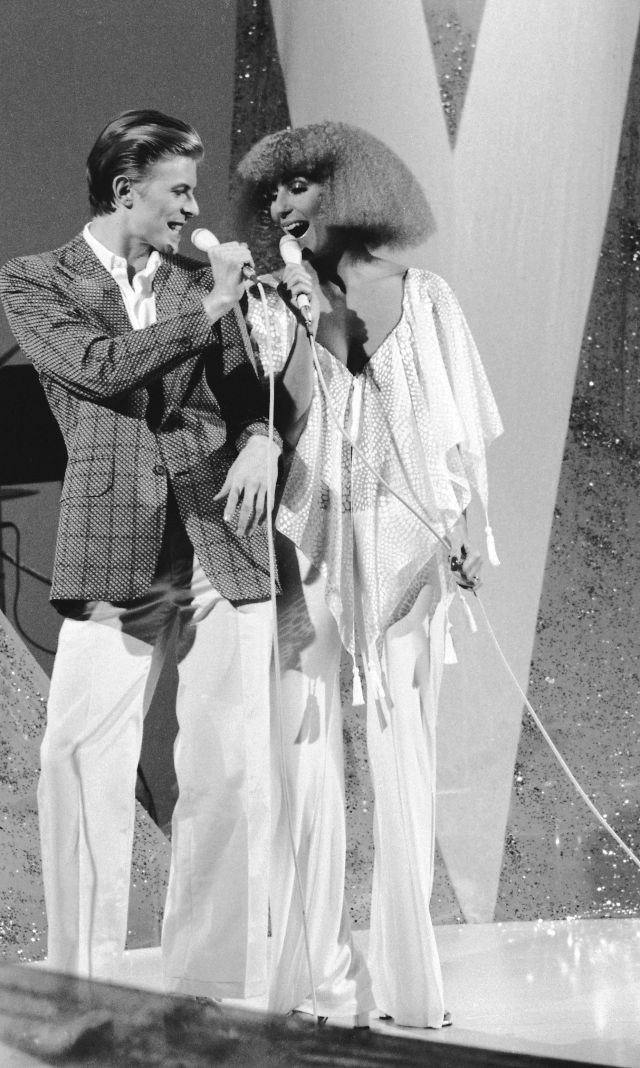 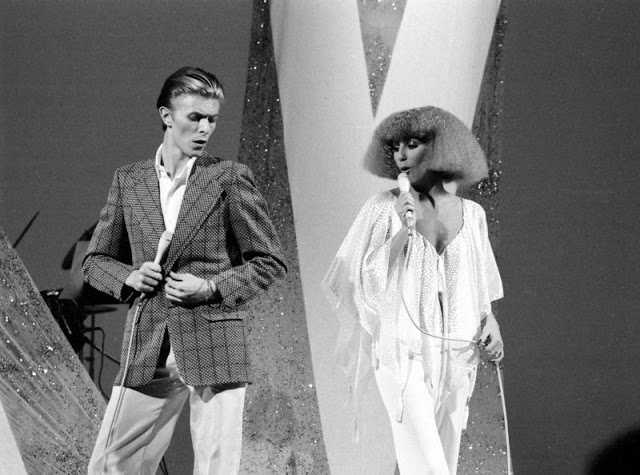