Welcome Back, Kotter is an American sitcom starring Gabe Kaplan as a high school teacher in charge of a racially and ethnically diverse remedial class called the “Sweathogs”. Recorded in front of a live studio audience, it originally aired on ABC from September 9, 1975, to May 17, 1979.

The show enjoyed ratings success during its first two seasons, spawning a host of merchandising tie-ins, including lunchboxes, dolls, trading cards, comic books, novels, and even a board game, advertised as “The ‘Up Your Nose With A Rubber Hose’ Game” in a commercial with a class full of Sweathog look-alikes featuring Steve Guttenberg as Barbarino and Thomas Carter as Boom Boom Washington.
In 2010, the cast, including Gabe Kaplan, Marcia Strassman, John Travolta, Robert Hegyes, Lawrence Hilton-Jacobs, and Ellen Travolta were honored at the TV Land Award ceremonies. Co-star Ron Palillo was not in attendance.
Here is a set of intimate photos that shows portraits of the cast of Welcome Back, Kotter. 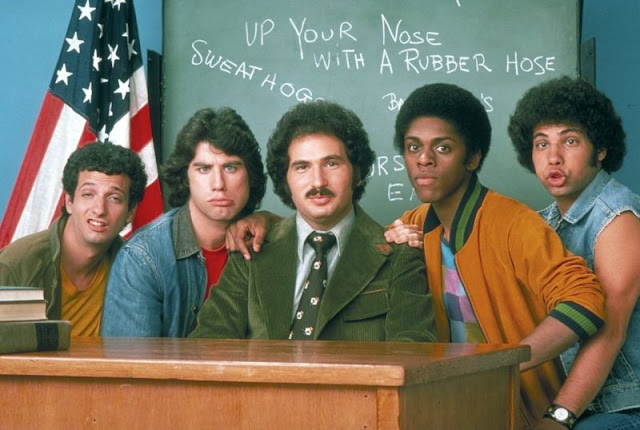 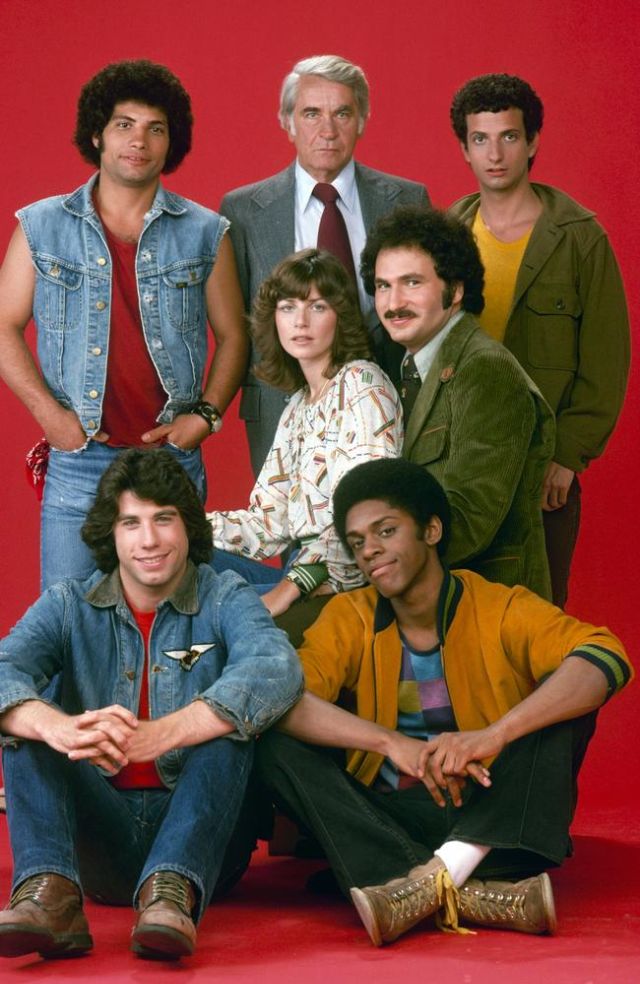 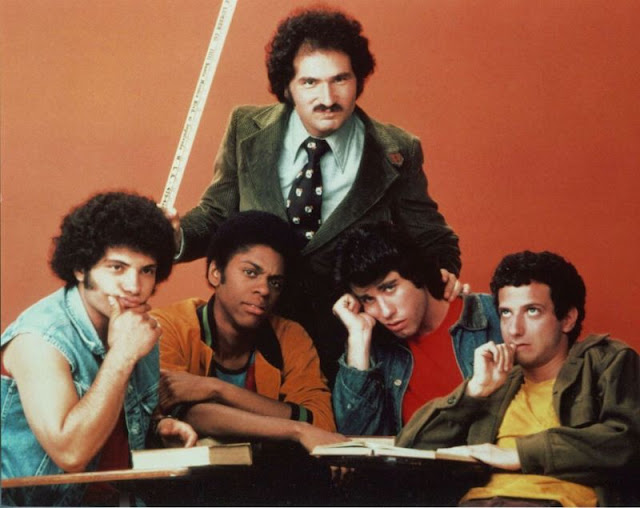 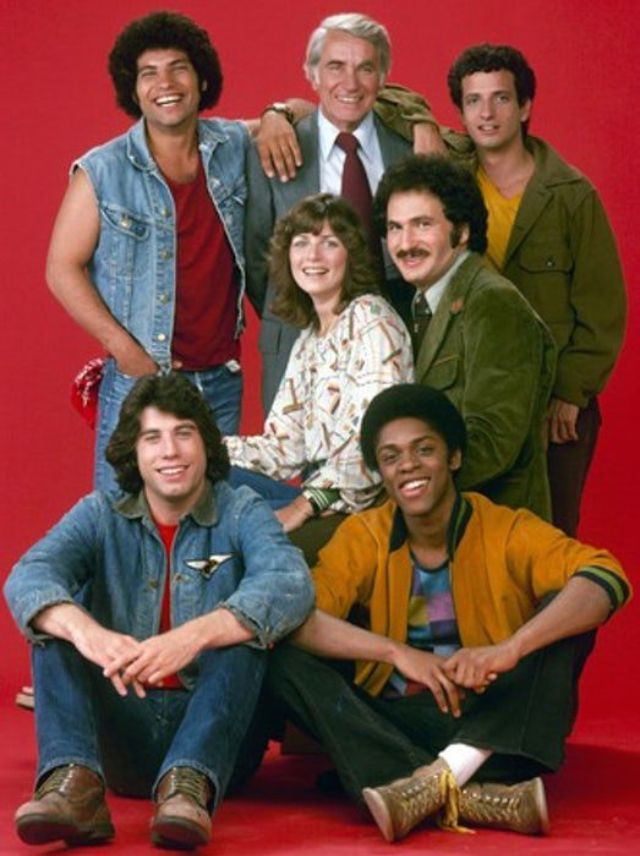