The Oasis frontman, dressed in a trademark bucket hat, is seen leaning into his southern rival with a stern look on his face. With his shaggy hair falling on his long sleeved shirt, the Wonderwall singer appears ready to go for Damon – either with a cutting remark or a rough challenge. But with an equally ludicrous hat on his head, Blur Damon stands up to Liam and refuses to back down. While it is a scene that could have come at any of the raucous awards shows the two warring bands, the image in fact was taken at a charity soccer match in 1996.
The two bands had been at each other’s throats for months as the feud played out in the press and then they came together on the soccer pitch at Mile End stadium in east London. And as it turns out, the two superstars had a surprise in stall for those watching from the stands as they came out hand in hand – before joker Liam pulled Damon’s shorts down.
Liam famously said “Being a lad is what I’m about. I can tell you who isn’t a lad: anyone from Blur.” He recently added that he listens to Blur and that “I don’t mind Damon. He’s alright. I think he’s very talented. I mean he’s a boring f**ker and that. But then I would be an’all, hanging around with Noel.” 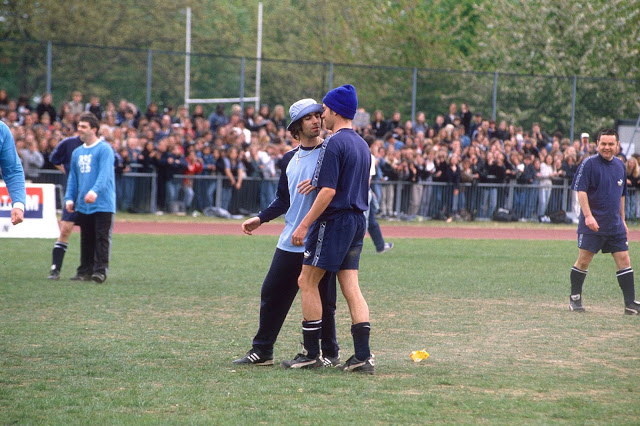 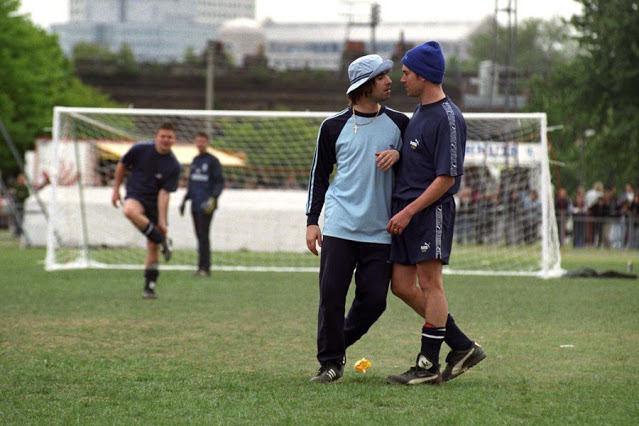 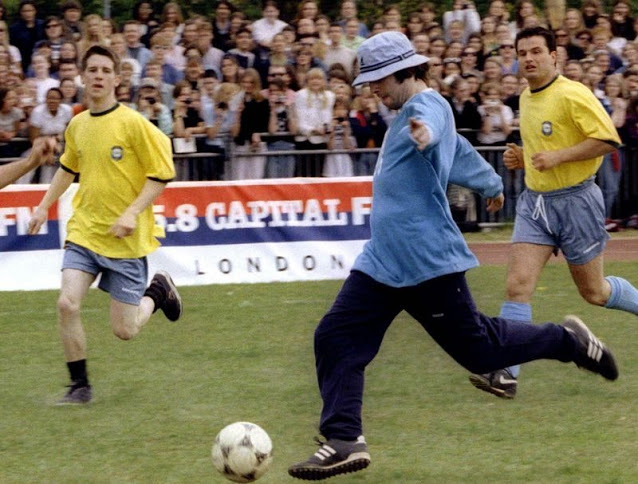 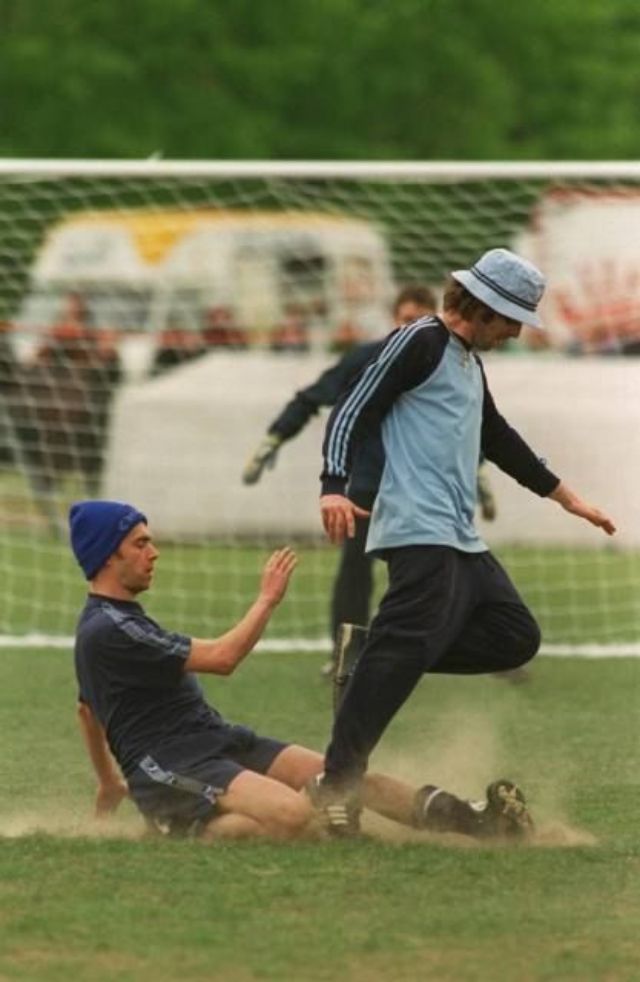 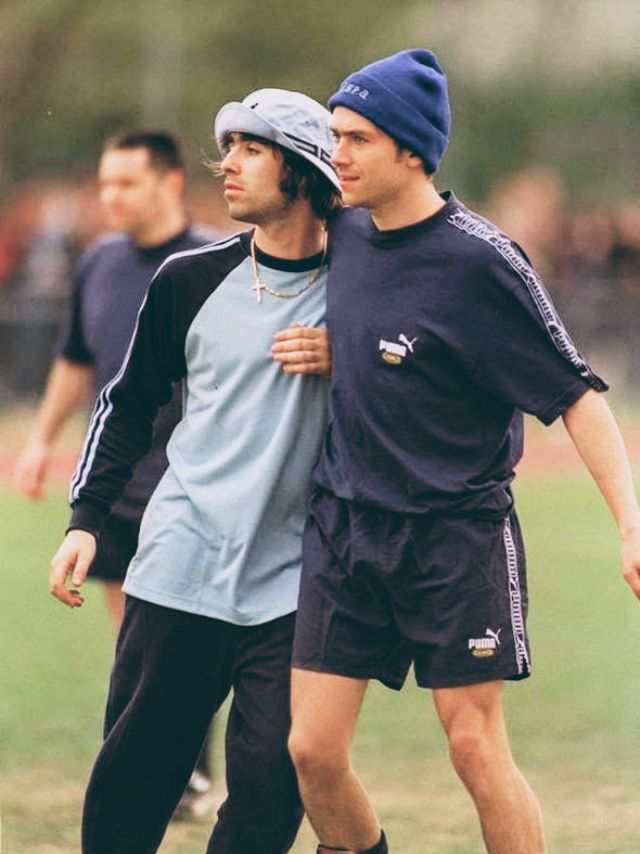