The Rolling Stones Rock and Roll Circus was a concert show organised by the Rolling Stones on 11 December 1968. The show was filmed on a makeshift circus stage with Jethro Tull, the Who, Taj Mahal, Marianne Faithfull, and the Rolling Stones. John Lennon and his fiancee Yoko Ono also performed as part of a one-shot supergroup called the Dirty Mac, featuring Eric Clapton, Mitch Mitchell, and Keith Richards. 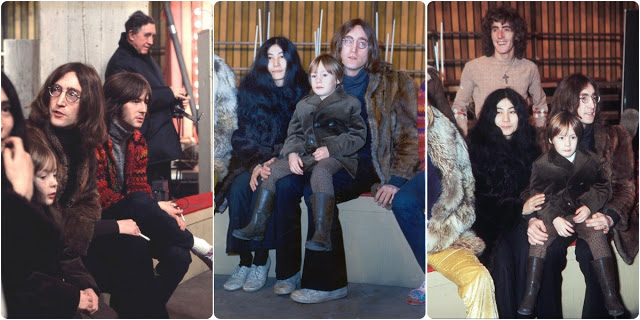 The original idea for the concert was going to include the Small Faces, the Rolling Stones, and the Who, and the concept of a circus was first thought up between Mick Jagger, Pete Townshend and Ronnie Lane. It was meant to be aired on the BBC, but instead the Rolling Stones withheld it. The Rolling Stones contended they did so because of their substandard performance, clearly exhausted after 15 hours (and some indulgence in drugs).

There is also the fact that this was Brian Jones’ last appearance with the Rolling Stones; he drowned some seven months later while the film was being edited. Some speculate that another reason for not releasing the film was that the Who, who were fresh off a concert tour, seemingly upstaged the Stones on their own production. Led Zeppelin was considered for inclusion but the idea was dropped.

The show was not released commercially until 1996.

These vintage photos captured moments of John Lennon with Yoko Ono and his son Julian Lennon during rehearsals for the Rolling Stones Rock and Roll Circus in London on December 10, 1968. 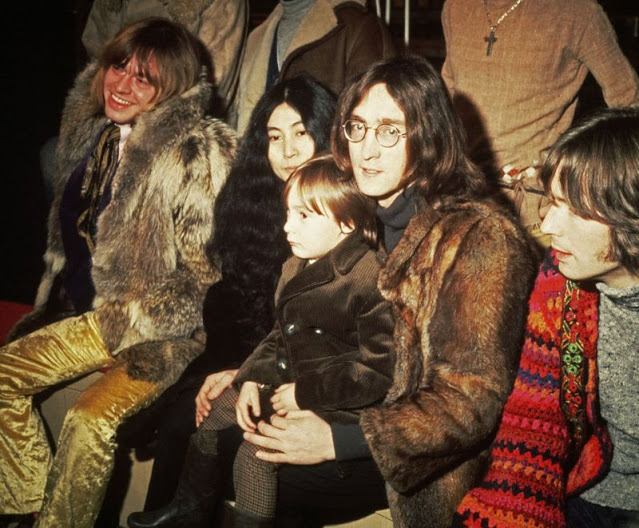 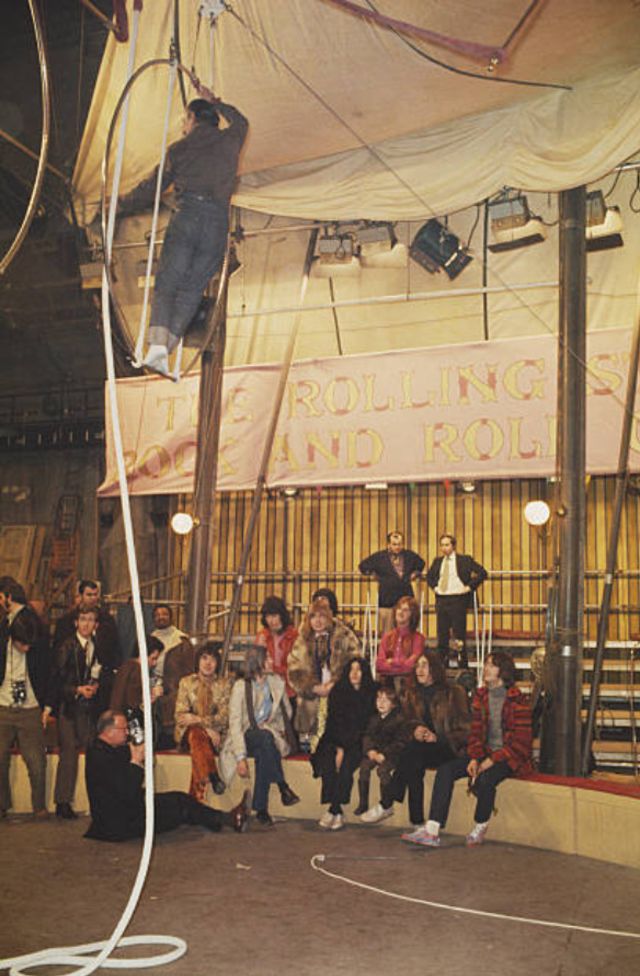 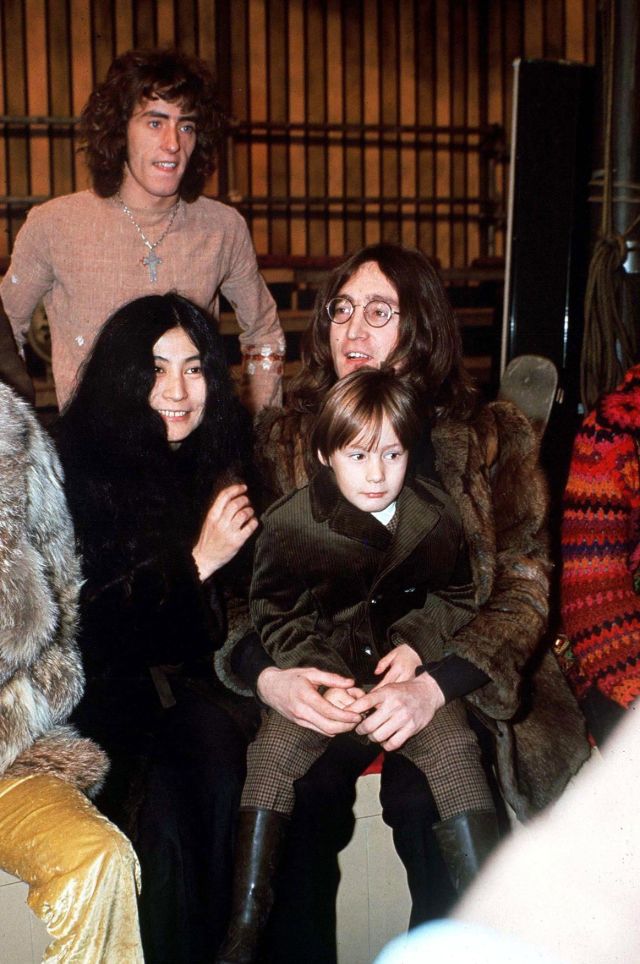 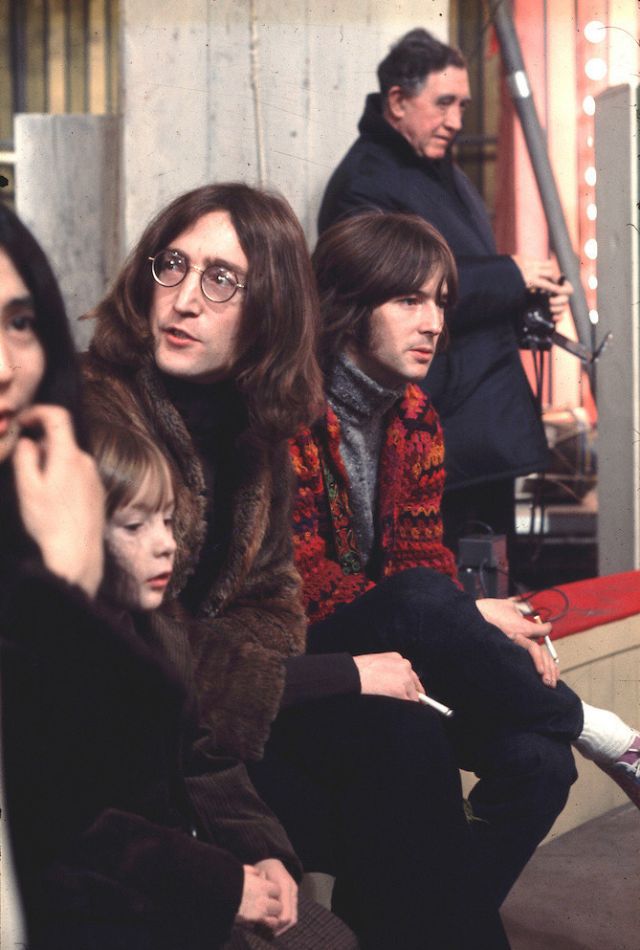 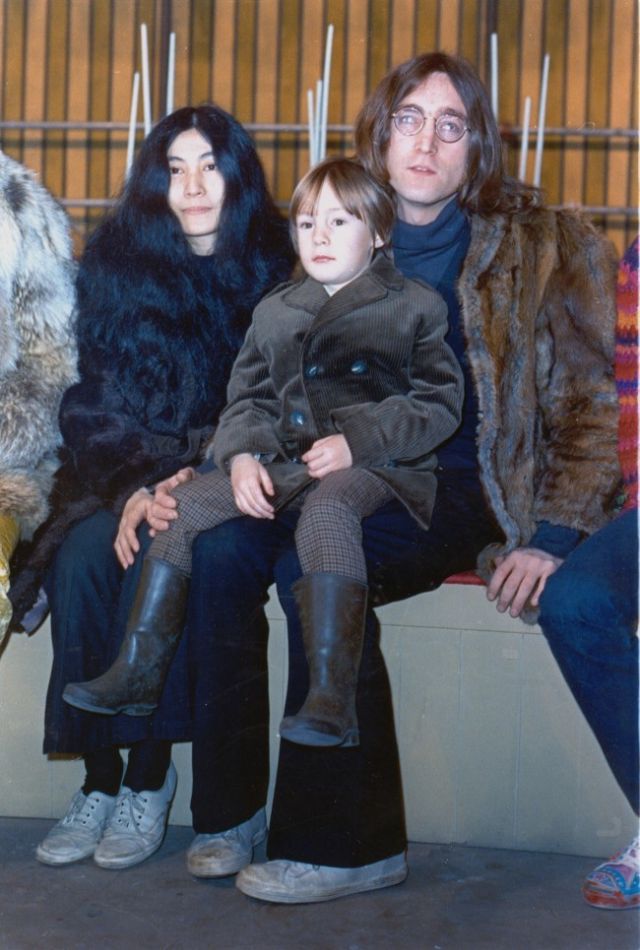