Most of these ads come from back issues of Black Belt magazine, a staunch supporter of the remarkable jeans between 1977 and March 1991 when the miracle product seems to fall off the face of the earth.

Then in 1980 Kickin’ Jeans got a huge proverbial kick in the ass by scoring a promotional deal with Bill “Superfoot” Wallace, a recognized athlete and kickboxing champ. Superfoot brought these wonder pants out of obscurity and into the lime light. Well, at least the lime light in the niche world of martial arts enthusiasts, which was a pretty burgeoning crowd in the late 1970s and early 1980s.

But it was in 1982 the pants really hit the fan when film legend Chuck Norris endorsed the slacks. Not only did he endorse them, but the company renamed them for the first time, this time to Karate Jeans…

This was a short-lived change though, as later in 1982 the jeans would go through their second and final branding change, this time to the less exciting, but much more hilarious Action Jeans! 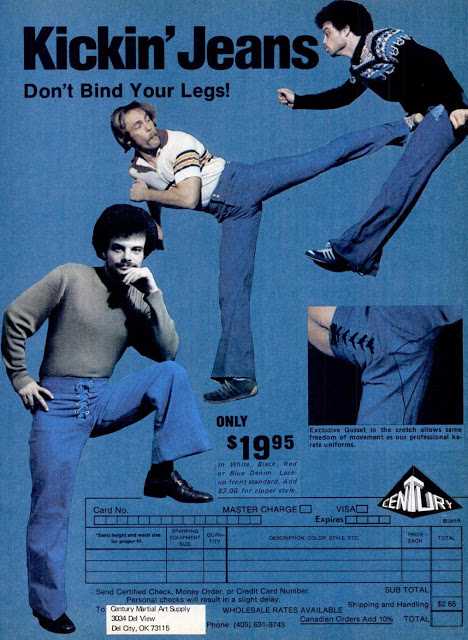 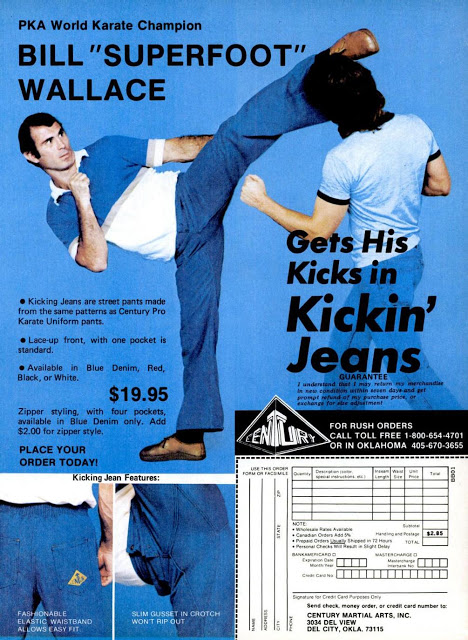 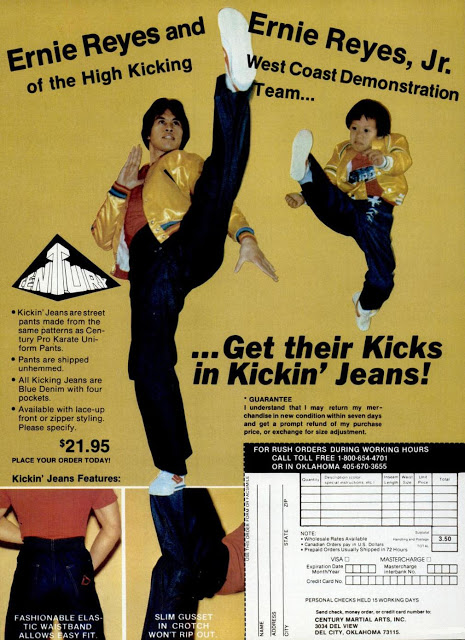 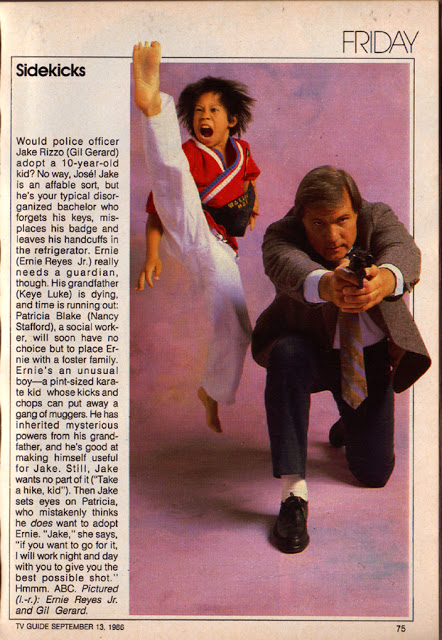 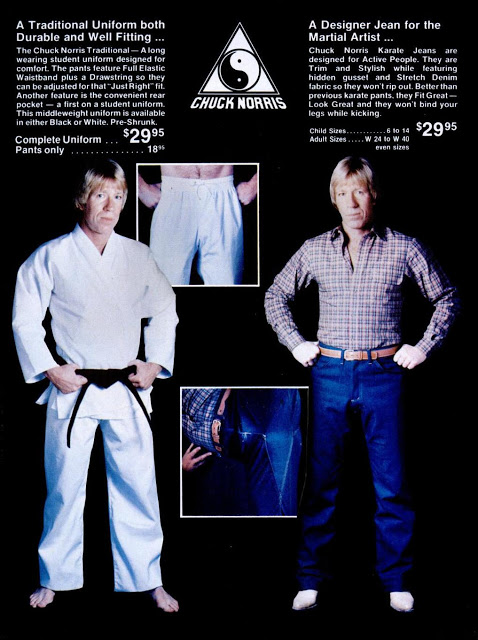