With A Star is Born on the way to the four-million-unit level, Barbra Streisand’s following has never been larger. A number one single, number one album, and one of the year’s biggest grossing films have combined to catapult Barbra beyond her already accepted superstar status. Now, with perfect timing, comes the new Barbra Streisand album, Streisand Superman. The album has already been set up with the still-climbing single, ‘My Heart Belongs To Me,’ and will be merchandised with the same super impact treatment accorded to A Star is Born. 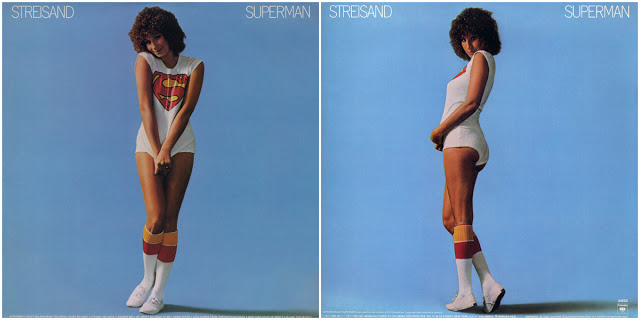 The album was lusciously packaged, with sexy photos of Barbra posing in a Superman T-shirt and short-shorts. The fans, apparently, really enjoyed a short scene in A Star is Born in which Streisand cavorted in Sonoita, Arizona wearing the outfit. And the photographs were taken by Steve Schapiro. 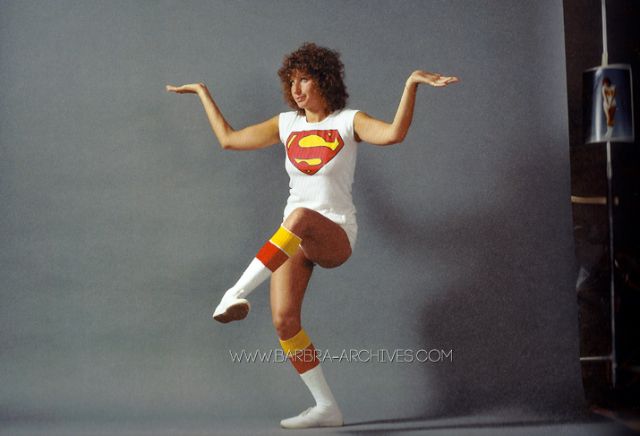 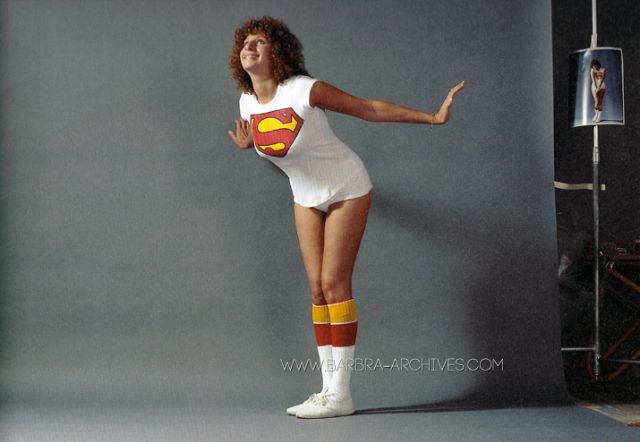 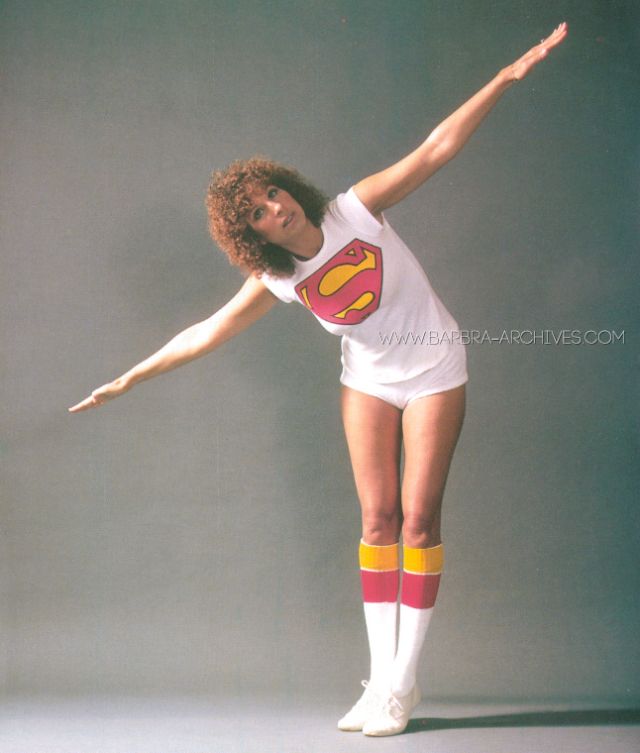 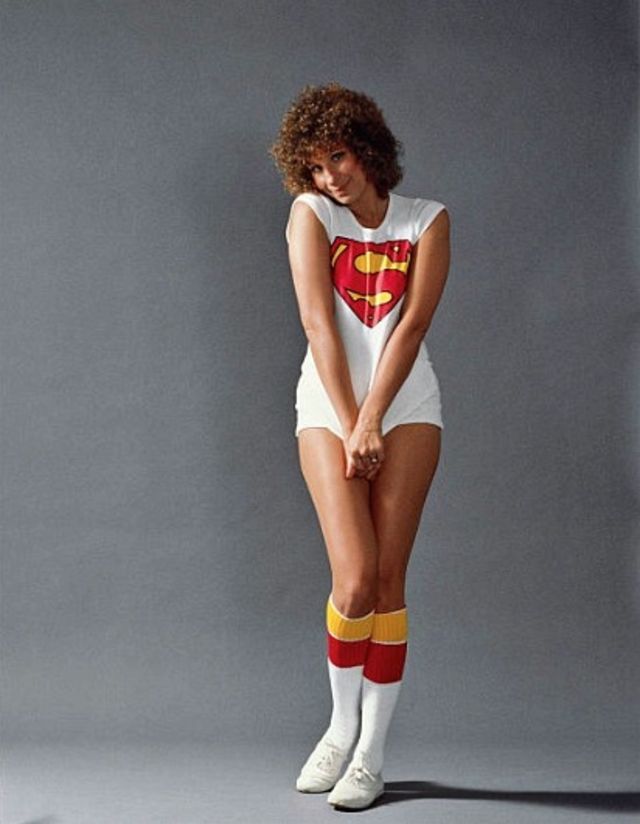 Below are some final shots which were scanned from the album by Kevin Schlenker. 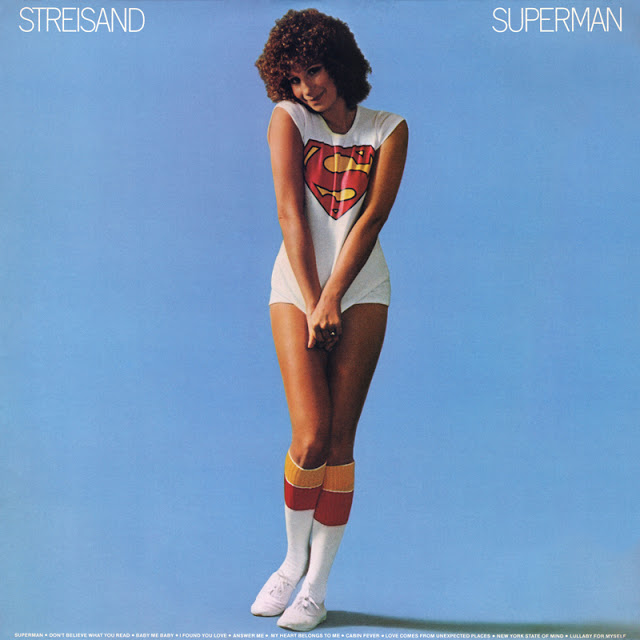 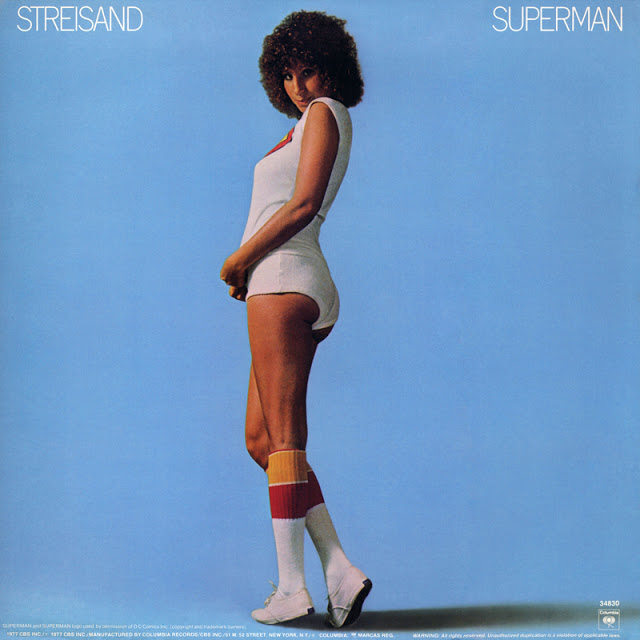