In 1904, immigrant baker Arvid Peterson gave a Swedish-styled cracker a modern American name and introduced the country to Ry-Krisp. For decades, Minneapolis was the one and only location where the product was made.

In its first years, the cracker required little advertising, because Scandinavian immigrants knew it as knäckebröd (“crisp bread”) from their home countries. In Sweden, such crackers were inexpensive and lasted well on the shelf. At the time, crackers were competitive with more conventional breads because baked loaves were inconsistently made. Ry-Krisp first came in large, flat, thin rounds with a hole in the center. This traditional shape was designed for storing the product on a pole or even a broomstick.

Peterson, his brother Erik, and their widowed mother arrived in America in 1893. They lived for several years in Boston. While there, Arvid learned baking skills, and then for two years he was a farmer in South Dakota. By 1904, the brothers had moved to Minneapolis. “Peterson Bros. Bakers” was at 2120-24 Lyndale Avenue South. Arvid and Erik lived just a few blocks away. It was common for bakers to live close to their shops.

The Ry-Krisp recipe and method changed little as production expanded. Rye kernels were milled into flakes and then combined with water and injections of air to create a crunchy texture. The baking period was short. Though new flavors were eventually introduced, including the unsuccessful pizza-flavored Ry-Krisp, the cracker’s core ingredients remained the same.

As a cereal grain, rye offers unique health benefits. When Peterson sold his company to local investors in 1913, vitamins and nutrition were newly appreciated in the United States. New marketing strategies for the product said “Physicians recommend it” and that this “health bread” was a “corrective” for constipation. One ad claimed that the product “exercises the teeth.”

In 1922, Ry-Krisp built a new plant at 824 6th Avenue S.E. There was a convenient rail siding for national distribution, but trucks shipped the crackers all over the country.

In 1926, the Ralston Purina Company of St. Louis bought Ry-Krisp but kept production in Minneapolis. Founded in 1902, Ralston Purina was the result of a successful merger of an animal-feed and health-foods firm (Purina) and a breakfast food company (Ralston).

After 1926, as one brand among many in a large company, Ry-Krisp benefited from broader advertising. Ralston also sold “Ralston 100% Whole Wheat Cereal”—a product whose celebrity spokesman was cowboy star Tom Mix. Ralston experimented with the shape of Ry-Krisp, eventually adopting the rectangular cracker it became known for.

Starting in the 1930s, Rye-Krisp heavily advertised their products as a “reducing” (aka weight loss) product in magazines that were marketed to women and young girls. The marketing geniuses at Ry-Krisp usually focused on timeless and effective themes like, “your husband is going to leave you for a skinny girl,” and “caddie bitches are going to laugh at your fat ass if you don’t buy our product.”

For years they even ran ads like, “Nobody loves a fat girl,” in Seventeen magazine. That must have done wonders for young girls’ self-esteem!

Below are some offensive, fat-shaming vintage magazine advertisements from the 1930s, 40s, and 50s for Ry-Krisp crackers. 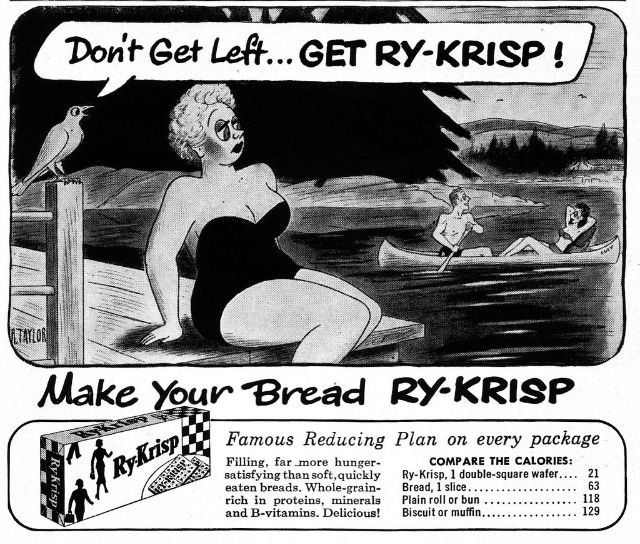 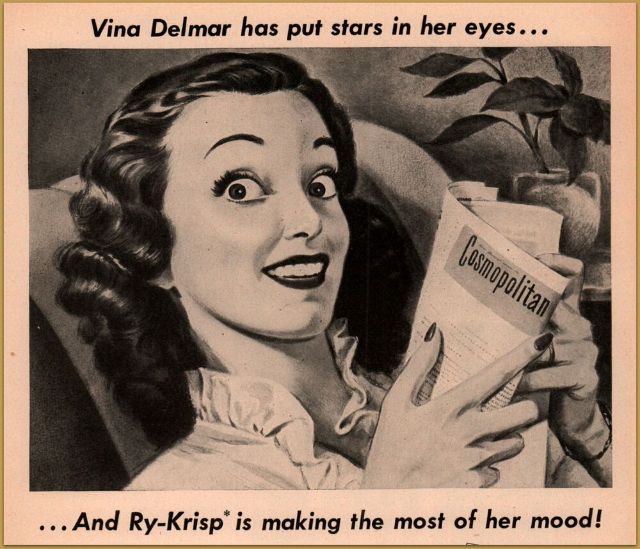 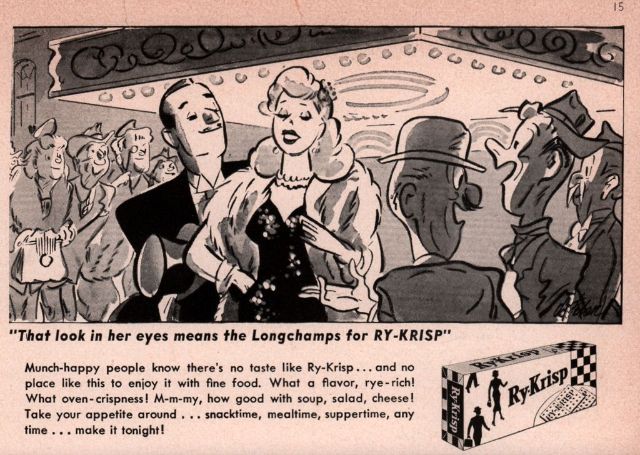 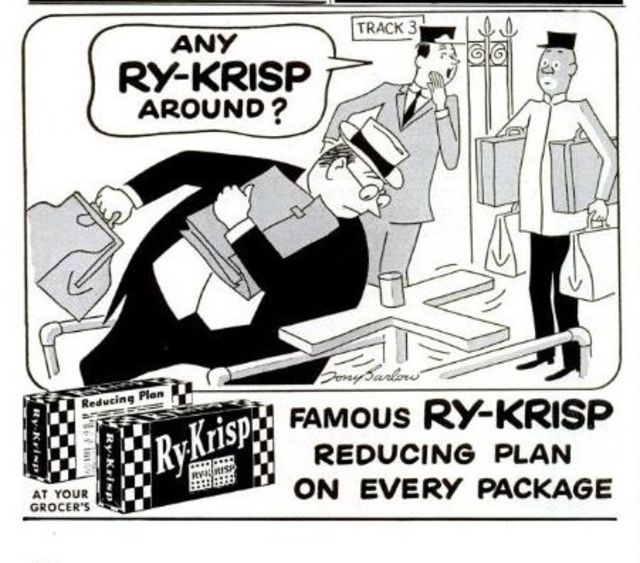 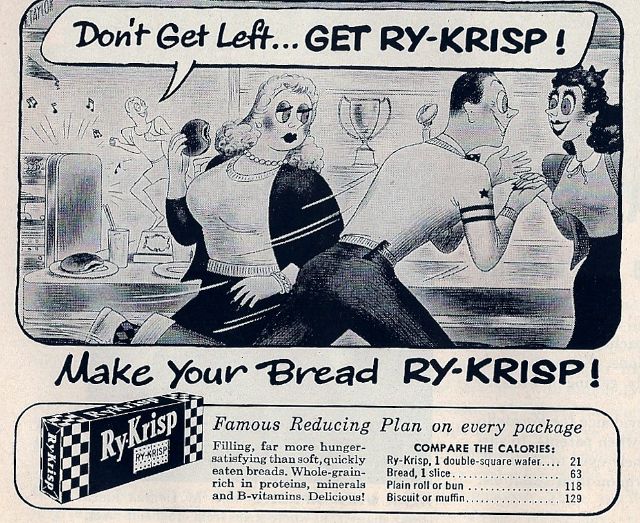