Eager for any advice on how to succeed in the classroom and the court at the college level, Kareem Abdul-Jabbar, then a UCLA freshman known as Lew Alcindor, had already established a bond with then-UCLA basketball coach John Wooden before the two visited a local restaurant for a dinner out. 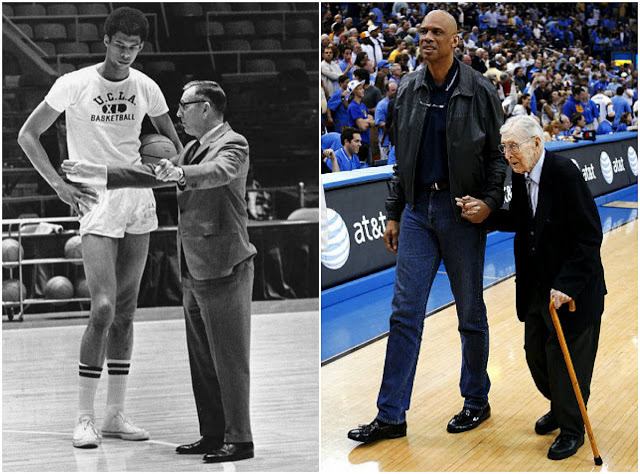 The accomplished teacher from Indiana planned to spend their time advising the lanky 7-foot-2 center from New York City on how best to handle the looming attention from physical opponents and inquisitive reporters. Instead, it was the then-middle-aged Wooden who learned something that evening when he was exposed to the racism his 18-year-old dinner guest often endured.

As they left the restaurant, an elderly white woman marveled at Abdul-Jabbar’s height before addressing him with a racial slur. Though Wooden’s face turned red, Abdul-Jabbar remembered Wooden “was too much the Midwestern gentleman to verbally attack an old woman.”

“It’s just like that for any white person in America. They don’t know what it’s like to be a black person being discriminated against,” Abdul-Jabbar said. “How are they going to find that out?”

Wooden soon did. He then apologized to Abdul-Jabbar and pleaded with him not to think all white people are racist.

“It really bothered him. It really affected his worldview,” Abdul-Jabbar said. “For someone like him that felt like he had the hands on the reins of everything, that must’ve been a humbling experience.”

It was one of many experiences Abdul-Jabbar shared in his book, Coach Wooden and Me: Our 50-year Friendship On and Off the Court. In the book, one of more than a dozen he’s written, the NBA’s all-time leading scorer reflects plenty on Wooden’s record 10 NCAA championships with UCLA, his famed Pyramid of Success and how he helped Abdul-Jabbar develop his skyhook. The former UCLA and Lakers center also details complicated events that tested and strengthened his relationship with Wooden.

“Coach didn’t get it all right,” said Abdul-Jabbar. “But I talked about that so people didn’t think he was some kind of perfect person. He made mistakes, but the way he dealt with them was first rate.”

Since Wooden’s passing in 2010, Abdul-Jabbar said he has developed a greater understanding of the strength of their bond. It centered on basketball but included passion for literature, history and music and a mutual respect of their different backgrounds. It took Abdul-Jabbar seven years to write that story. 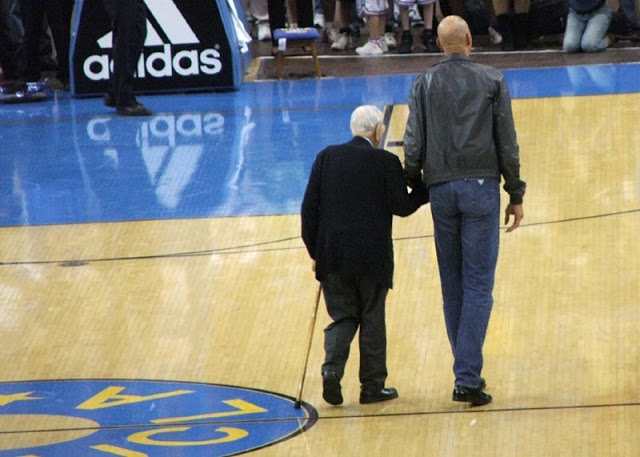