This post was originally published on this site
0
SHARES
ShareTweet
Drag racing was born in the dry lake beds in the California deserts. In the 1930s as engines got better and drivers got braver, speeds began topping 100mph. But it wasn’t until after World War II that a bunch of kids with cars, hanging out with nowhere in particular to go, turned into something more serious.
Popularity grew steadily but drag racing still remained largely an underground pastime. Races frequently took place on disused military runways with the first organized event dating back to 1949 at the Goleta Air Base in California.
Things were simple and low-tech in those days. Cars were driven to the track or towed in makeshift trailers. Drivers raced over a quarter of a mile, the length of a city block, but without the aid of safety barriers or regulated track conditions. The spectators in particular got a raw deal with no proper grandstands or seating.
As the decade turned drag racing began to get organized. The National Hot Rod Association (NHRA) was founded in 1951 by Wally Parks, and within the decade two classes of competition had developed ‘Unmodified Stock’ and ‘Top Eliminator’.
As the sport grew the first drag racing superstars emerged. The Albertson Olds and Dragmaster Dart were the cars to beat. The Dragmaster Dart was famously owned by Dode Martin and Jim Nelson, and was so successful they used it as a model on which to base cars built for other drivers. Here are some amazing color photographs of National Hot Rod Association’s drag racing meet held in Santa Ana, California in the 1950s: 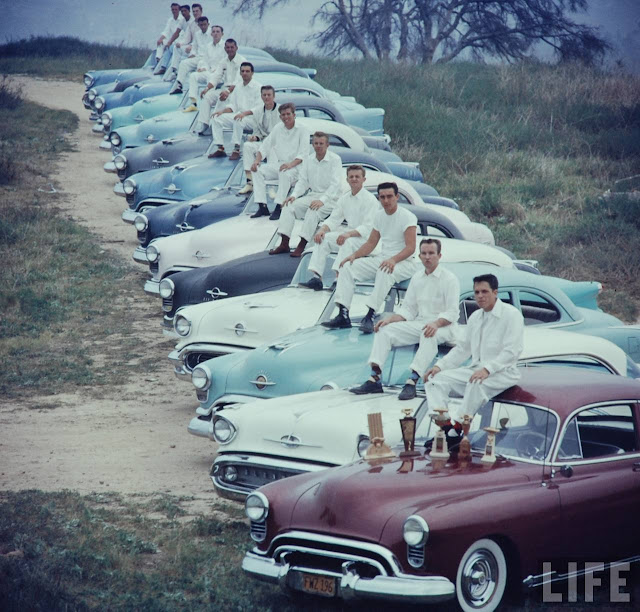 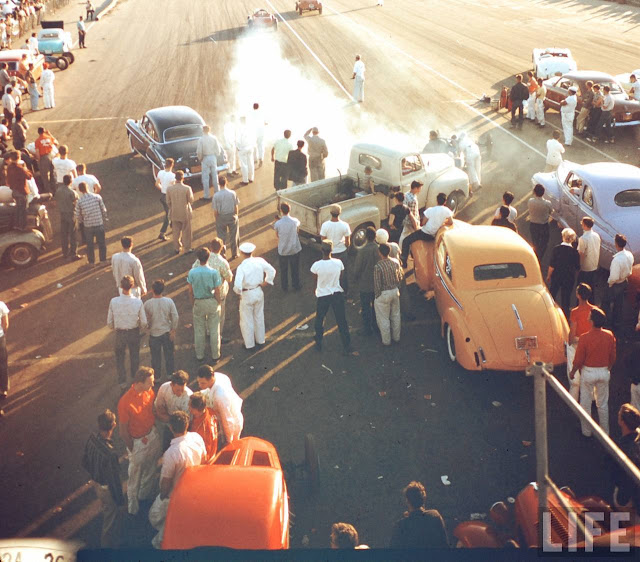 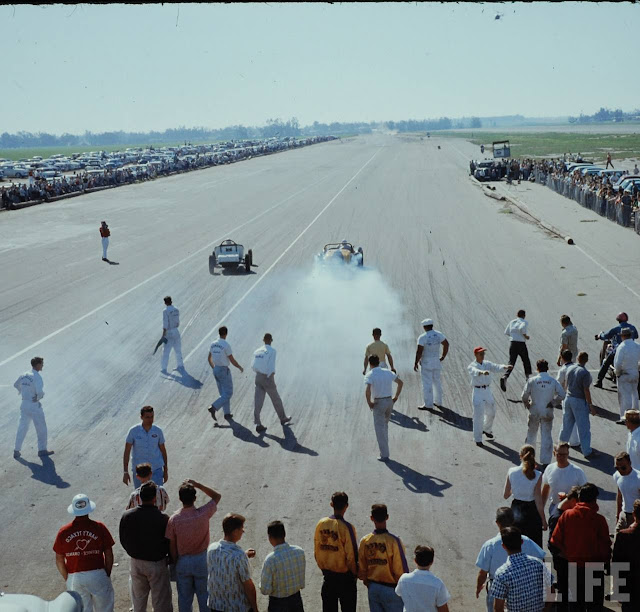 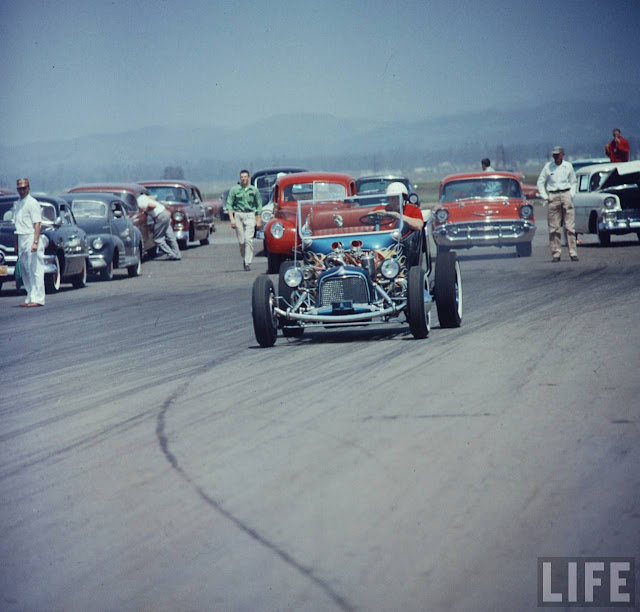 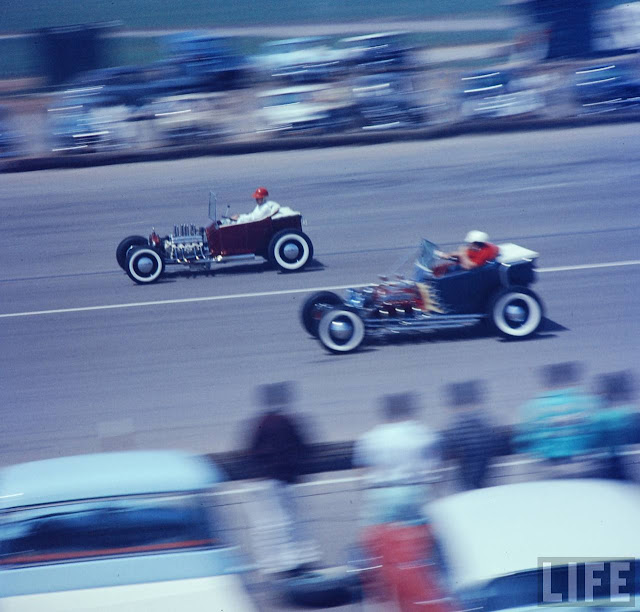