Theda Bara (1885-1955) was a popular actress in the silent film era and one of the early sex symbols of the silver screen. After her appearance as a vampire in A Fool There Was (1915), she quickly attracted attention from both male and female audiences. Between 1915 and 1919, Bara was Fox studio’s biggest star, playing a large number of femme fatale roles, which earned her the nickname “The Vamp” and helped popularize the “vamp” characters. At the peak of her fame, she earned $4,000 per week. 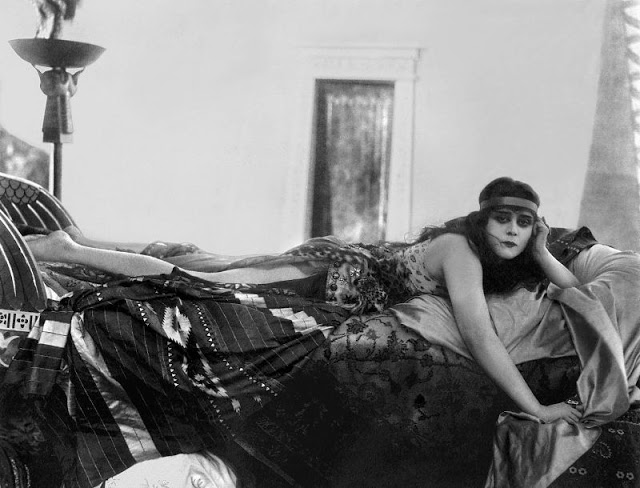 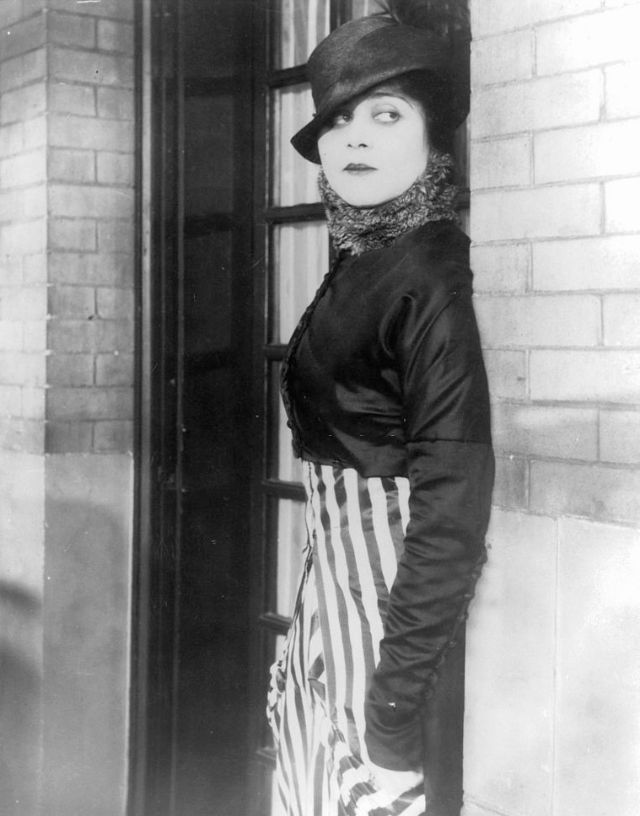 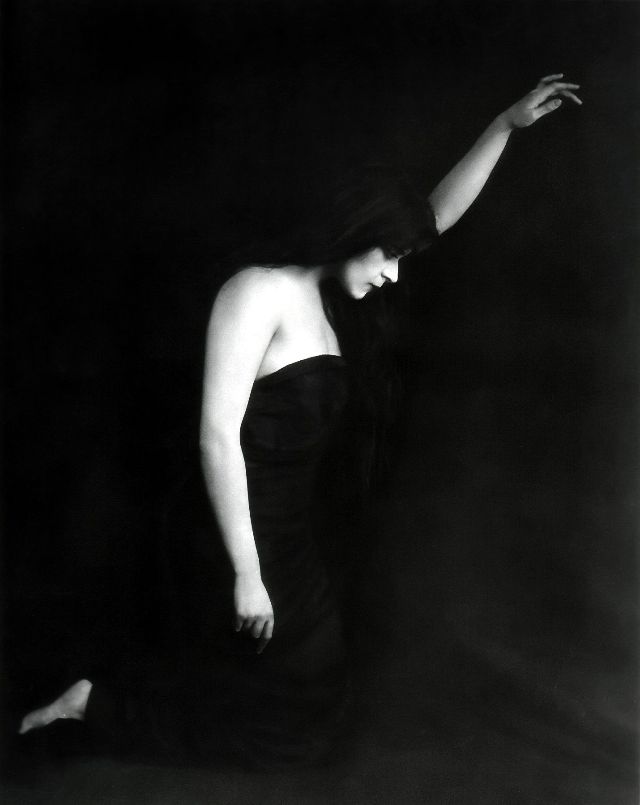 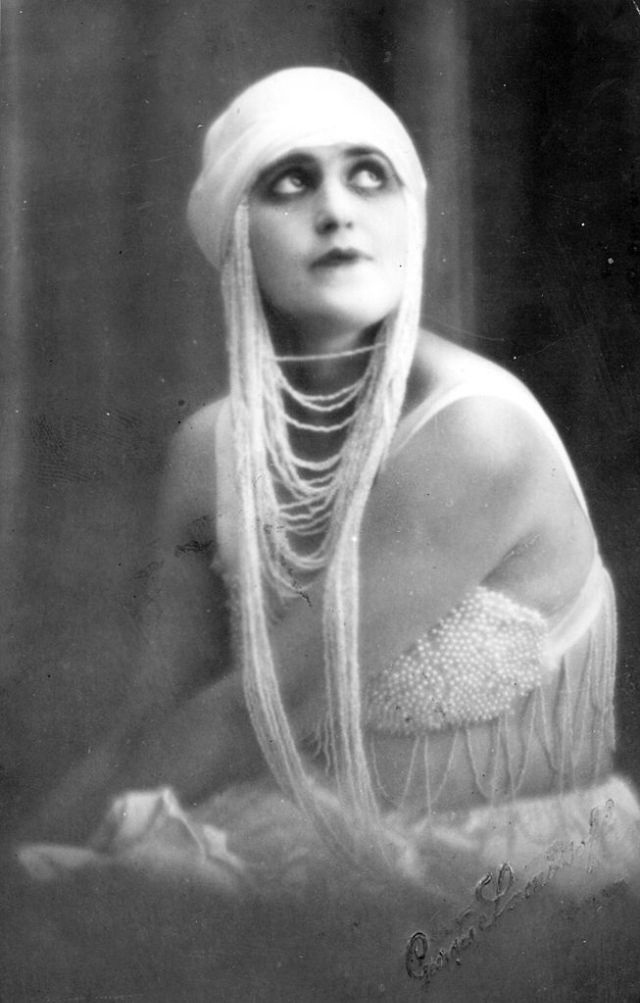