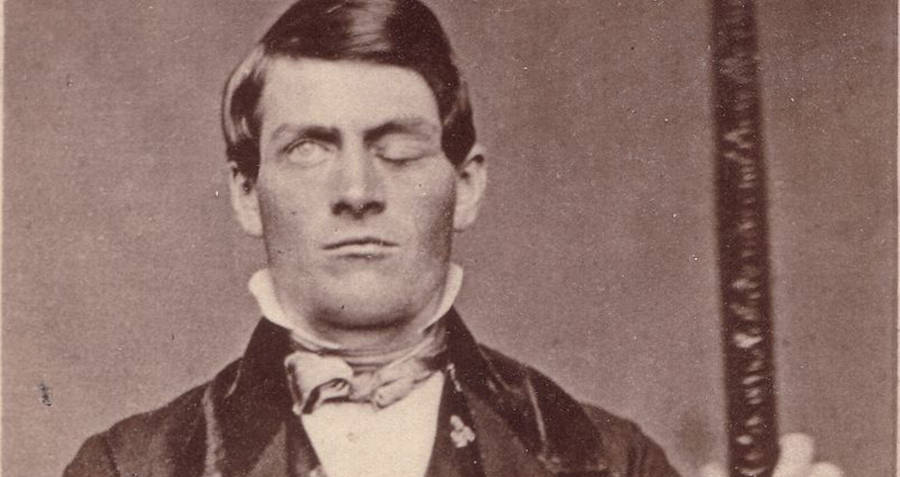 On Sept. 13, 1848, Phineas Gage was working on the side of a railroad, outside Cavendish, Vermont.

He was part of a crew blasting rock out of the way for new tracks to be laid down. His job, specifically, was to pack the rock full of blasting powder and then use a tamping iron, a three-foot-long, 1 1/4 inch wide iron bar, to tamp it down.

Around 4:30 p.m., Gage’s attention was momentarily pulled from his work by the men working behind him. As he leaned forward and looked over his left shoulder to speak to them, the tamping iron sparked against the rock, exploding the powder in the hole.

The tamping iron flew out of the hole, into Gage’s left cheek, through the roof of his mouth, into his brain, and out through the top of his head.

Gage was thrown to the ground, twitching.

After a few minutes though, miraculously, Gage started speaking. Then, he started walking and eventually was able to sit upright in his oxcart for the three-quarter mile journey back to his hotel.

The doctor who was called about 30 minutes after the accident, Edward H. Williams, was slow to believe the tale of Gage’s incredulous mishap.

However, when he found Gage sitting upright in a chair outside of his hotel, talking to those around him while his brain was visibly pulsing through the open wound in his head.

Upon being examined by Williams, Gage stood up too quickly and vomited. The effort pushed “half of a teacup” of brain matter out through the wound and onto the floor.

Williams found he no longer needed much convincing. 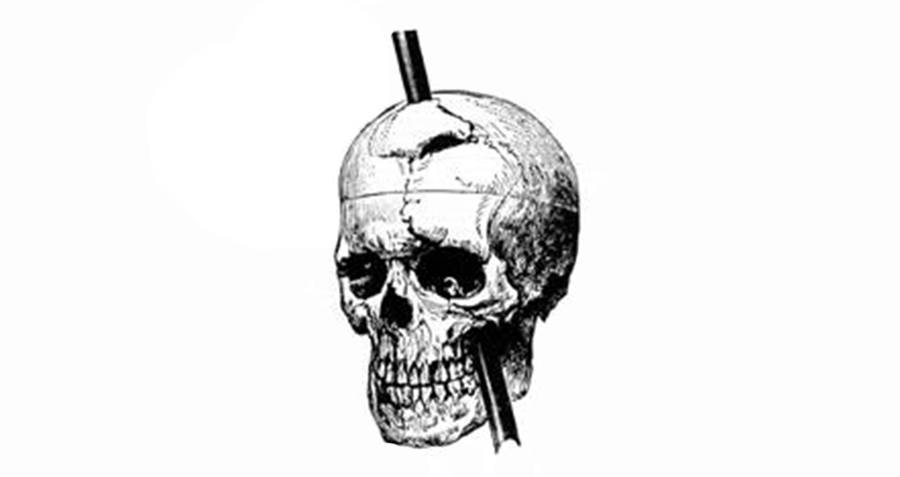 Wikimedia Commons Illustration showing how the tamping iron would have gone through Gage’s skull.

He and an assistant got right to work, removing bone fragments and cleaning the wound before binding it shut with adhesive straps. The entrance wound in Gage’s cheek was also closed, and his entire head was wrapped in bandages. By the end of the ordeal, Gage had lost almost six ounces of brain matter.

Phineas Gage was finally released from the doctor’s care after 10 weeks of recovery time, a moderately short one compared to other similar injuries.

During his recovery, he had lost his left eye due to swelling, had spent a few days in a comatose state, and had to have fungi removed that had started sprouting from the top of his open brain.

However, the doctors who worked on the Phineas Gage case were all continuously shocked by how well he was doing given what had happened to him.

After his release, Gage went to stay with his parents, traveling there alone. His parents reported hew as “improving both mentally and physically” and was even able to work outside in the barns with his parent’s horses and plow the field.

Hospital checkups revealed that he had no pain in his head, despite the fact that the pulsing movements of his brain were visible through the thin skin that covered the exit wound.

Though he was physically able to return to work on the railroad, Gage never did, as he had become somewhat of a marvel in the medical community. Doctors would bring him along to seminars and classes, showing him off to their colleagues and students as a miracle of modern medicine. He also spent a short period of time as a living experiment in P.T. Barnum’s American Museum in New York.

He worked as a traveling showman and as an occasional coach driver for the years after his accident. While in Chile in 1859, however, his health took a steep decline.

He began to have epileptic seizures, and his mother reported that he was acting strangely, and not like himself. After a short stay with his mother, Phineas Gage died at the age of 36, from epilepsy resulting from his injury.

Though his body was buried, his skull was sent to the Warren Anatomical Museum, where the tamping iron that had once been donated. 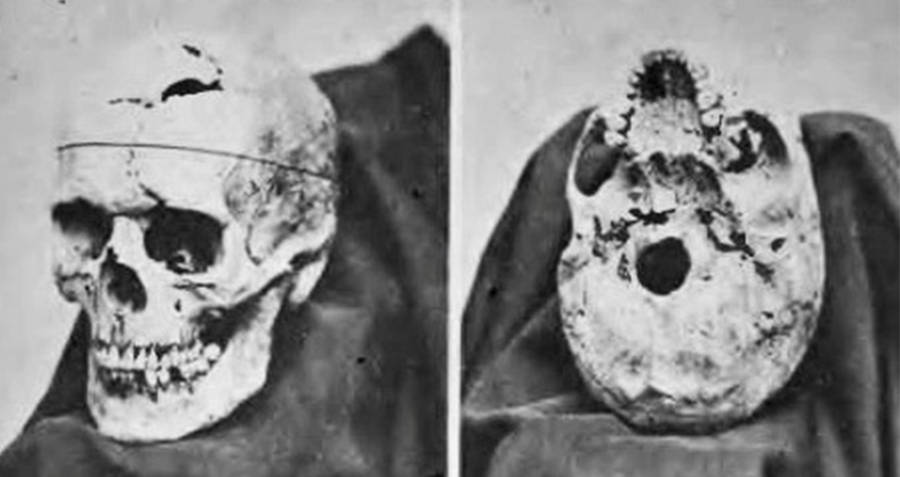 Wikimedia Commons Phineas Gage’s skull, on display after his death.

The doctors who studied Phineas Gage case also studied him in his death, concluding that the accident, though it did not cause as much physical harm as it could have, resulted in extensive mental trauma.

The team of doctors interviewed friends and family of Gage’s and realized that the only real change that had occurred had been in his personality. Before the accident, he had been reserved, hardworking and “well-balanced.” Afterwards, they noticed he had become fitful, profane, and somewhat of a loose cannon.

They also noticed that Gage’s memory and general intelligence were completely undisturbed, leading them to discover that different parts of the brain were responsible for different aspects of one’s life.

They realized that the left frontal lobe of Gage’s brain had been the only one affected by the trauma. Therefore, they realized, that must be the area responsible for personality and impulse control.

The discovery also led them to another one — that the brain could heal itself. Though the new personality traits had started strong, over time he started to turn back to his old self. Later scientists, however, partially attributed that to societal adaptation.

Over time, the Phineas Gage case has become the “index case” for personality changes due to frontal lobe damage. Psychiatrists, psychologists, and neuroscientists attribute much of what is known today about brain function to Gage’s injury and his doctor’s careful study of it.

Even today, the Phineas Gage case still plays a large part in the discussion of brain damage and functionality.

Enjoy this article about the Phineas Gage case? Next, read about other survivors, like Violet Jessop, who survived three separate shipwrecks, and Liang Sheng Yu, who survived 47 days in the Himalayas.