Watch footage of Mirin Dajo getting run through with swords and discover how he performed this act that baffled both doctors and audiences.

During the late 1940s, a performance group known as “Trinity” caused something of a local sensation in Switzerland. The trio consisted of hypnotist Hylke Otter, assistant Johann de Groot, and the main attraction: Mirin Dajo, “The Human Pincushion.”

During each performance, a spellbound audience would watch as de Groot slowly shoved a real sword straight through Dajo’s abdomen. This feat was accomplished without shedding a single drop of blood, despite the fact that the blade quite clearly had gone straight through him. Dajo would then stroll around the stage with the sword still stuck through him, apparently completely unaffected.

The same could not be said of Mirin Dajo’s audience, however: men and women alike passed out during the spectacle with one audience member even reportedly having a heart attack. After a minor mishap during one performance, there was such a ruckus that the Swiss officials finally intervened and revoked Trinity’s public performance license, effectively shutting down the show.

But as word of Mirin Dajo’s seeming invincibility spread, professionals began to take an interest. The trio was invited to several different Swiss medical facilities, where de Groot stabbed his partner with a 28-inch sword in front of a group of doctors and cameras. 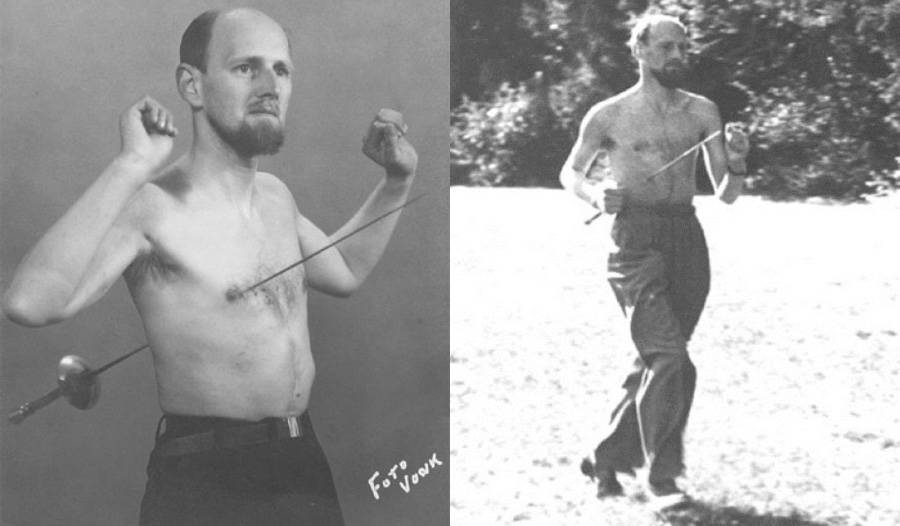 WikimediaMirin Dajo posing and jogging while run through with a sword.

The doctors were astounded and, as seen in the footage above, not immune to the discomfort experienced by Trinity’s former audiences. X-rays taken at the hospital did indeed confirm that the sword had pierced straight through Dajo’s body. The act was not simply a magician’s trick, although the doctors were baffled as to how this was possible.

So how was Mirin Dajo able to endure being run completely through with a sword without shedding a single drop of blood?

The “Eastern mysticism” referenced in the newsreel above may offer a partial explanation. Dervishes and other Muslim practitioners of Sufism (a form of Islamic mysticism) have long practiced piercing ceremonies similar to Dajo’s performances. These ceremonies involve the participants entering a trance-like state by chanting prayers and swaying in rhythm for hours before being pierced with blades. 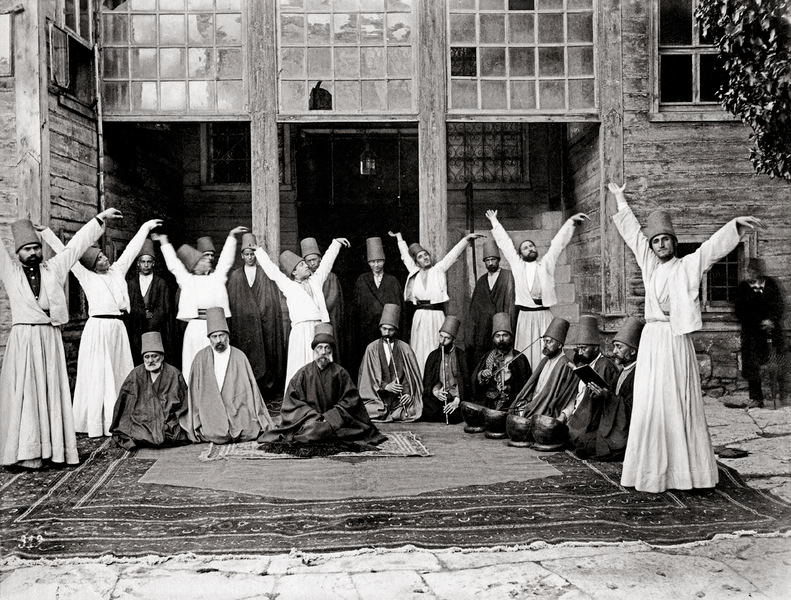 If Dajo had endured his first piercing in a state of hypnosis, he would have been left with a long line of scar tissue that could act as a path for the sabre to follow in the future. As long as the swords were carefully inserted along the insensitive tissue and his organs were only pierced with a clean, direct cut, the wounds would not be lethal. A careless cut could, in fact, be deadly, which is why the experienced de Groot always acted as Dajo’s assistant.

Risk of infection was also very low if the instrument piercing the body was made of clean metal. The X-rays also revealed that there was no internal bleeding after the sword was removed, despite the fact that it had pierced several internal organs.

Since Trinity’s act did include a hypnotist, this explanation seems more feasible than the idea that Dajo was immune from physical pain. He certainly wasn’t invincible in the end.

Though he was born Arnold Henskes in Rotterdam, Mirin Dajo chose his stage name because it meant “something miraculous” (in Esperanto). Unfortunately, however, “The Human Pincushion” did eventually push his boundaries too far.

In 1948, Dajo swallowed a 35cm metal splinter in what would be his final act. He believed that the metal would have somehow “dematerialized” inside of him by the time the surgeon he had enlisted went to remove it. This time, however, the splinter did cause severe internal bleeding and after swallowing it, Dajo went into a trance from which he would never return, although footage of his feats continues to astound audiences to this day.

After this look at Mirin Dajo, see videos of famous tightrope-walker Karl Wallenda fall to his death during a stunt and doomed inventor Franz Reichelt jump to his death from the Eiffel Tower while testing his homemade parachute.