In 1974, Englewood native, Mary Wallace, drove into history when she became the first woman to drive a Chicago Transit Authority (CTA) bus. Wallace was a popular driver who remained on the job for 33 years before retiring. 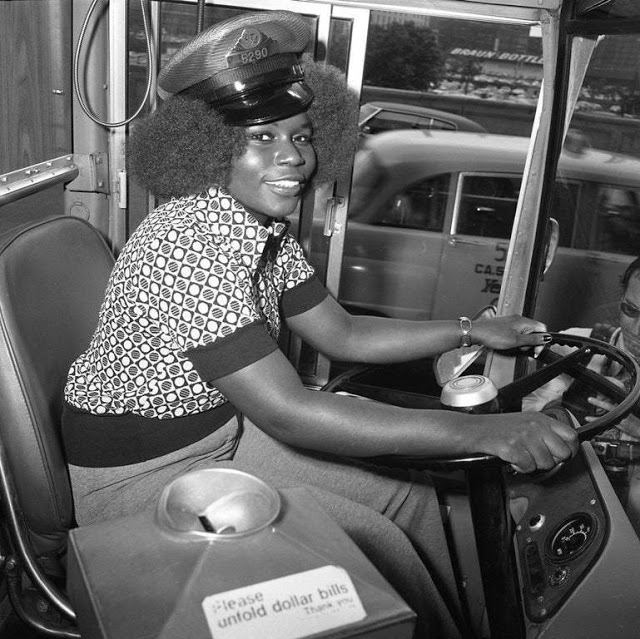 “I used to work for the Planning & Placement Center when I was going to college, and we had job orders for CTA bus drivers. So I decided I wanted to check this out for myself, and I did. I went for three years, and they kept saying no…”

People kept the wisecracks about female drivers to them-selves, but Mary Wallace remembers the mixed reactions she used to get from CTA riders on her bus routes when they noticed a woman behind the wheel.

“I would get cheers from the ladies and stares from the guys,” Wallace said in an interview with Chicago Sun-Times in 2007, recalling the start of her career with the CTA in 1974. 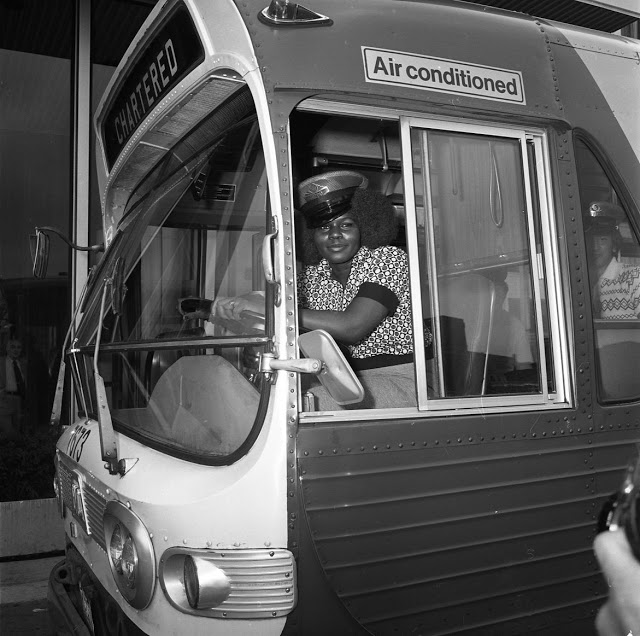 Wallace first applied to become a bus driver when she was 19 “because the CTA didn’t have any women and somebody needed to break that ice.” Plus, driving a bus seemed like a great may to meet new people, Wallace said. She had to badger the CTA for three years, though, before the agency hired her.

“They said, ‘We just can’t hire you as a bus operator because we don’t have the facilities. We could hire you as something else,’” Wallace said. “But I kept going down there and calling every week.”

Wallace started out driving the State Street bus in June 1974, the first of several routes she’d have during her 17 years as a bus operator. During that time, she was a fixture in the news under such colorful headlines as “CTA liberates its bus drivers” and “Fair sex first for the CTA will leave the driving to Ms. Wallace said the other drivers rarely gave her a hard time, but some guys were” jealous because I had my own private bathroom” in the bus garage. 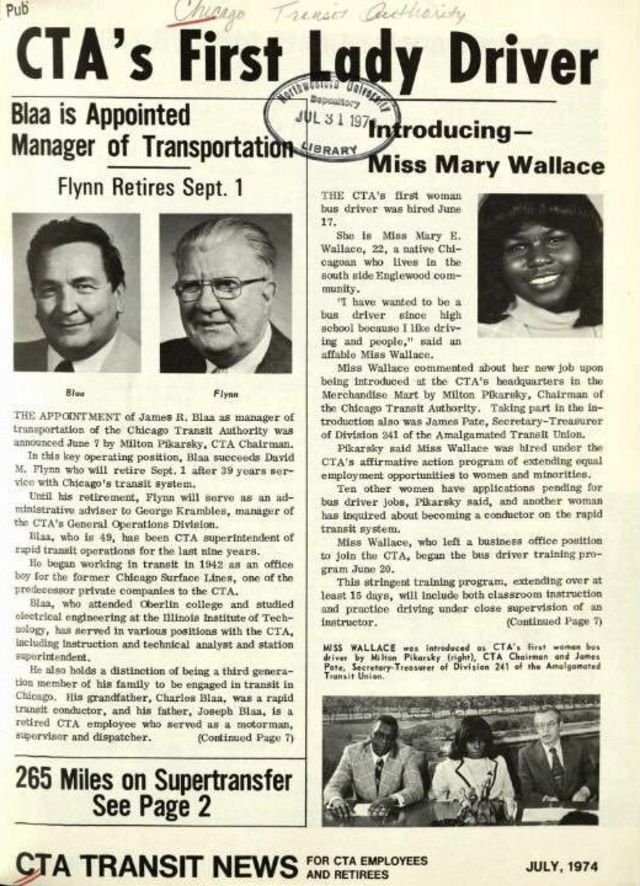 Handling a 40-foot bus was easy, thanks to power steering. But early on, Wallace thought about quitting several times be-cause of security concerns.

Like other bus drivers lacking seniority, Wallace worked nights, and more than once, she had to fend off passengers who tried to attack her. Even so, Wallace said she’s glad she stayed on the job to see how the CTA has changed over the years.

“When I opened this door, it opened up a whole lot of opportunities,” she said.