This post was originally published on this site
0
SHARES
ShareTweet
For American troops in World War II, Margie Stewart was the girl they’d left behind. For the Army, she was a wholesome pinup girl who had an important message for the boys.

Margie Stewart (December 14, 1919 – April 26, 2012) was the official United States Army poster girl during World War II. The Army made a dozen posters of her, and ultimately printed 94 million copies. Most pictured a handwritten letter at the poster’s forefront. “Please get there and back,” was the message on some posters. “Be careful what you say or write.”
Miss Stewart worked as a model for posters to boost the morale of men in the United States armed forces during that war. A 1943 news brief noted, “Though she quit as a poster model to become a movie starlet … Margie Stewart will … appear on two special posters to be circulated by the army among overseas troops – for morale effect.” In 1944, Stewart was described in a photo caption as “credited with being the favorite poster girl of men in the U.S. Army.” She also posed for posters on the home front, promoting everything from war bonds to security.
Stewart had attempted a career in acting – and did land some small parts in a few movies – but she never hit stardom in Hollywood. She went on to entertain US troops in France, England, Germany and Belgium. In 1945, during a visit to London, crowds of people tried getting a peek of the poster girl, reportedly causing a major traffic jam. The Daily Telegraph had dubbed her “Uncle Sam’s Poster Girl.” 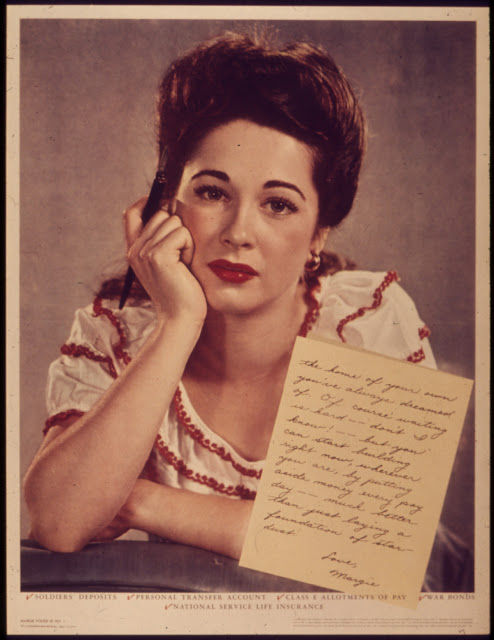 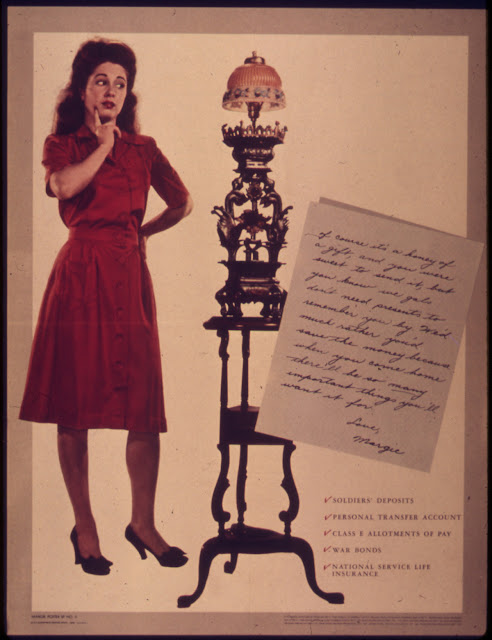 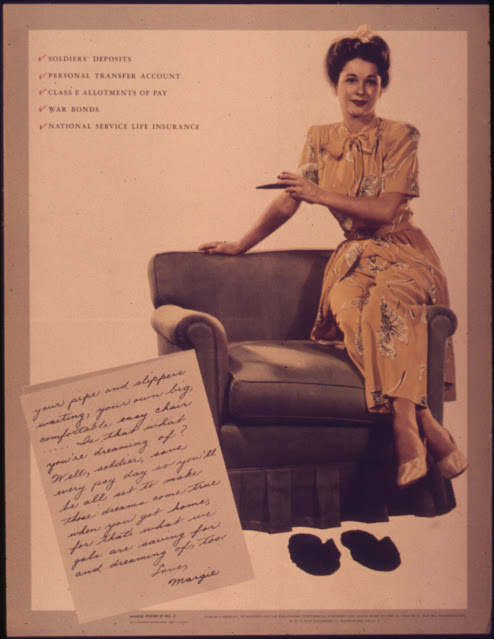 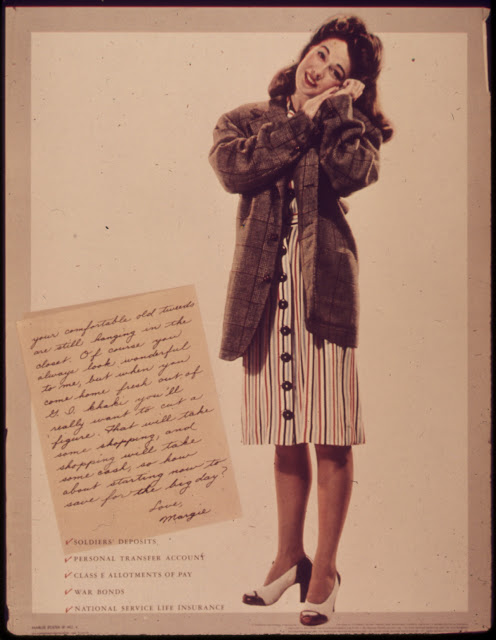 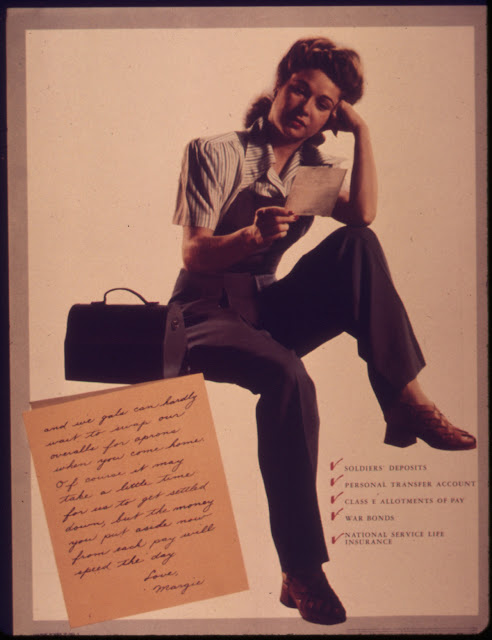