It’s January 1978, and Kate Bush has escaped the rain and wind of the British winter to go on a photo shoot in the Italian sun. And while the stunning singer may be the focus of the shoot, the yellow 308 GTS behind her is stealing the spotlight. 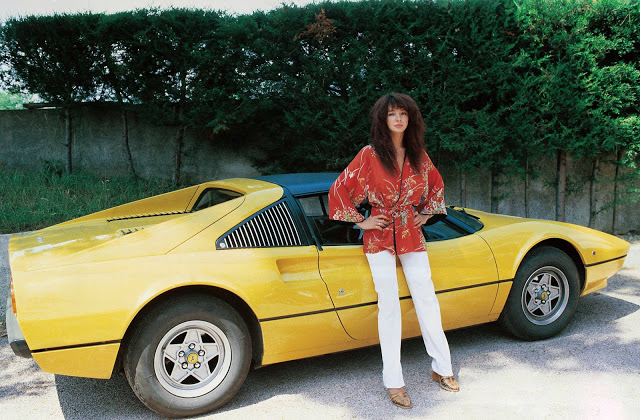 Even though her debut song, “Wuthering Heights,” was launched mere days ago, 19-year-old Kate Bush already has the confidence and determination of a seasoned veteran as she strikes a power pose in front of the Prancing Horse behind her, which made its own debut just a few months prior. This no-holds-barred attitude will serve beneficial for Kate, as she will go on to have a successful music career, becoming the first woman to reach number one in the UK charts with a self-penned song (“Wuthering Heights”) and five top 10 hits, including “Running Up That Hill”, “Don’t Give Up”, and “King of the Mountain”. While her yellow counterpart will see equal success within the car scene, being produced for three years, with 3,219 made — a 50% increase over its 308 GTB counterpart — and finding a special place in the hearts of many tifosi.