The grisly story of Jack the Stripper reveals that his murders may have been more gruesome than even those of the infamous killer who inspired his name. 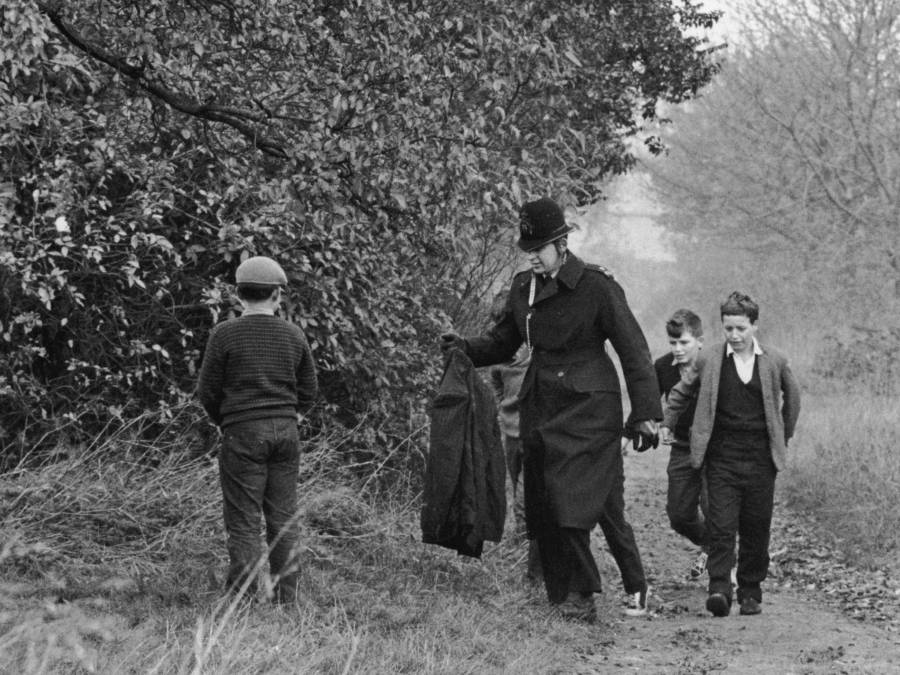 Evening Standard/Hulton Archive/Getty ImagesA policeman walks among children near the site of one of the “Jack the Stripper” killings.

In the early hours of June 17, 1959, two police officers walking their beat in the suburbs of London made a gruesome discovery. There in a park lay the body of a young woman, tucked inside a patch of tall grass. The woman had been strangled and her clothes had been ripped open, exposing her breasts, and her underwear and shoes were missing.

The police immediately began asking the public if they knew anything about the young victim, soon identified as Elizabeth Figg, who had been working in the area as a prostitute. The owner of a nearby pub told police that he had seen a pair of headlights early in the morning, and heard a woman scream just after the lights cut off. But otherwise, the police had no leads.

The investigation quickly went cold, and eventually, police gave up hope of solving the mystery of Figg’s murder. They dismissed the case as that of another unlucky prostitute who fell prey to a violent John. But while the community settled back into its normal routine, the killer remained free. And he would strike again.

In late 1963, police discovered the body of Gwynneth Rees in a dump less than a mile from the park where Figg’s body had been found. Like Figg, Rees was stripped of her clothes, except for a single stocking. Unlike Figg, Rees had been decapitated with a shovel. The similar location and the state of the body was the first signal to police that the two murders might be connected.

The next murder came in early 1964 when the body of Hannah Tailford turned up along the banks of the Thames. She had been strangled to death, and several of her teeth had been knocked out. Once again, the body was stripped. Tailford’s underwear had been forced down her throat.

In April, the body of a pregnant woman named Irene Lockwood was found near the site of Tailford’s murder. By now, the police realized they were chasing a serial killer. This meant that the clock was ticking to find the killer before he struck again.

But as in all the other murders, there were no witnesses to the killing. And other than the way they died, the fact that they were all probably working as prostitutes, and the fact that some of their bodies seemed to have been stored in warm places, the victims had no connection to each other.

The police were making little progress and by the end of the month, the killer had claimed a new victim, Helen Barthelemy. Like the other victims, she had been stripped. Once again, there were no witnesses, but the police did find flecks of automotive paint on the victim’s body. Assuming that the paint had come from the killer’s place of work, the police began canvassing automotive shops in the area for suspects.

In the meantime, the press caught wind of the story. Based on the fact that all the bodies were discovered nude, the papers began referring to the killer as “Jack the Stripper,” obviously a play on the “Jack the Ripper” killer that had terrified London almost a century before. Like Jack the Ripper, Jack the Stripper preyed on young prostitutes. And just as in the Ripper murders, the police were having no luck finding the culprit.

Soon, three more Jack the Stripper victims were discovered. Police were able to find the same automotive paint on two of the bodies. And in one case, a prostitute who worked with the victim was able to provide the police with a description of a man who had picked the victim up in his car the night before the murder. Eventually, police were able to track these leads down to a workshop near the location of the final victim.

The paint used in the shop was a match for the paint on the bodies. And the heat in the shop might have explained why some of the bodies seemed to have been stored in a warm place. The police concluded that Jack the Stripper was storing the bodies of the victims in the shop before dumping them. But after interviewing the people with access to the shop, they decided there wasn’t enough evidence to make any arrests.

However, the police did begin following one of the people who worked as a security guard in the area, a Scottish man named Mungo Ireland. But less than a month after the final murder, Ireland committed suicide by car exhaust. He left a note for his wife saying, “To save you and the police looking for me, I’ll be in the garage.” After Ireland’s death, the murders stopped.

But while that makes Ireland look like the most likely suspect, there are a few reasons to think he might not have been Jack the Stripper. Recent research into the case seems to suggest that Ireland was out of the country at the time that Barthelemy was killed. And there are a few other possible suspects in the killings.

Another man who lived in the area, Kenneth Archibald, actually confessed to one of the slayings. But he soon retracted his confession. And because there was no other evidence, he was acquitted. Others have suggested that famous boxer and actor Freddie Mills was behind the killings. He does bear a slight resemblance to the police sketch and committed suicide shortly after the murders stopped.

Finally, there was a convicted murderer named Harold Jones in the area at the time of the Jack the Stripper killings. Jones’ earlier crimes are very similar to the Stripper murders. But while several researchers have said Jones was probably the killer, most of the evidence against him is circumstantial. And to this day, the case remains officially unsolved. Ultimately, we’ll probably never know the true identity of Jack the Stripper.