Frida Kahlo was born in Coyoacan, Mexico on July 6, 1907. She had both German from her father and Mexican culture from her mother. At the age of six, she contracted polio, which was the cause of getting constantly bullied at school because one foot was shorter than the other. Over time she wore long dresses to cover her condition.

Years later at age eighteen in 1925, Frida Kahlo suffered a bus accident which killed many people and left others injured and especially her. Her spinal cord into three places, she had a triple fracture in the pelvis from the steel hand rail which had enter her hip and came out through her vagina. As a result of this injures she was left infertile. In spite of the tragedy this accident was a life changing event, because here is where she began painting. Frida had never thought of painting as a career she instead wanted to become a medical doctor; however, to escape her pain and boredom of her condition she started painting. Then later when she got better she showed three of her paintings to Diego Rivera to know if she had talent. Diego Rivera then told her to paint another painting and bring it to him, so she did, and said that she had great talent. This was how Frida Kahlo began her carrier and no long she started a relationship with Diego Rivera.

In 1929 Frida Kahlo and Diego Rivera got married, in spite of Frida’s mother disagreement of Diego. Frida Kahlo continued painting and became better at it too; she became known for her self-portraits. She also became a feminist icon and developed political awareness. She then joined the communist party which Diego was also involved in. Frida Kahlo portrayed life events, political events, surgeries she had, and he love intense love for Diego into her paintings. It was not long before she realized that her husband Diego wasn’t nobodies husband and even though they loved each other they both agreed that each of them were going to have affairs, but only love each other. Their relationship became more complex in 1934 because of Diego’s affair with Frida’s sister Christina, Frida was deeply hurt. She stopped wearing her traditional Mexican clothing and chopped off her hair, which Diego loved. During this time Frida described to feel as if she was murdered by life. She also said to only have had two accidents in her life, one the bus accident, and the second Diego Rivera. In 1939 Frida and Diego divorced, however, in 1940 they got remarried and returned to Mexico.

In mid 1940 Frida Kahlo’s health worsen the pain in her foot and spine increased and she had to wear a steel corset to support her back. In 19446 Frida Kahlo got a spinal fussing and wore a steel corset for eight months.

In early 1950 Frida became more sick and she was hospitalized for about three years or less. At times when she felt better she painted. She was eager to get out the hospital because she wanted to paint more. In spite of her getting a total of six operations done while she was in the hospital she said that she never lost her spirit. When Frida’s friends visited her in the hospital she asked them to sign her plastic corset, which she had also decorated with photos, a mirror, a red star, and paint.

In 1953 Frida Kahlo became aware by doctors that her leg was going to be amputated because of gangrene. Her anguish was showed with drawings on her writing. In her diary she quoted “Feet what do I want them for, if I have wings to fly.” She became very depressed for her leg amputation that in her diary she revealed her desire to commit suicide, but Diego always stopped her from doing so. She also said to have never suffered like she was, she knew that she was dying. Her last quote was ” I hope the exit is joyful, and I hope never to return.” Frida Kahlo died in July 13 1954 from pulmonary embolism. 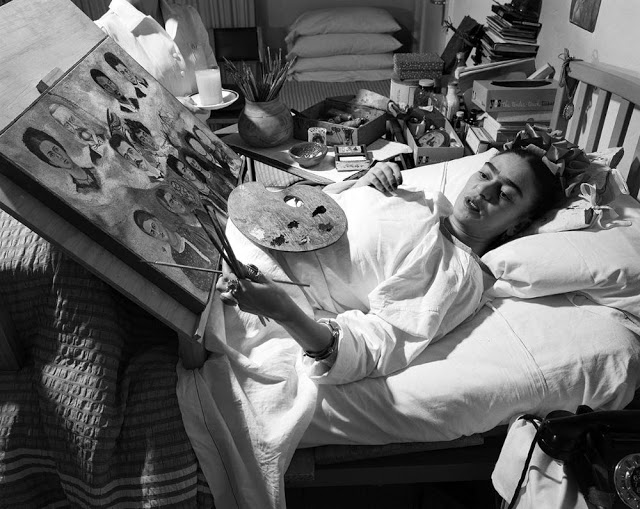 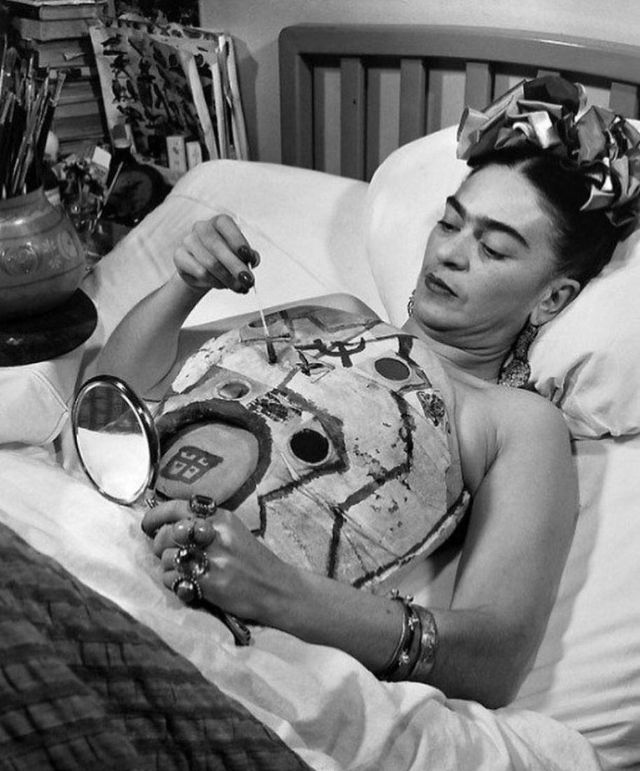 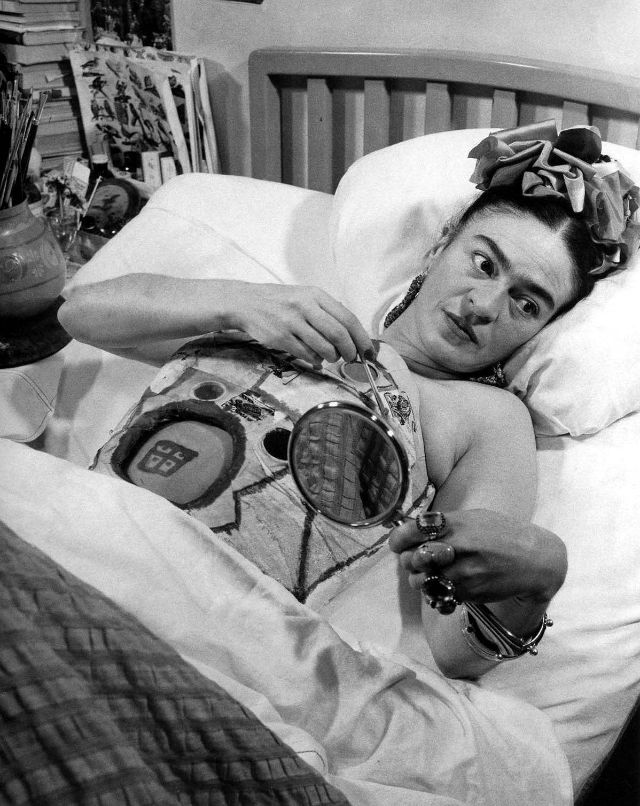 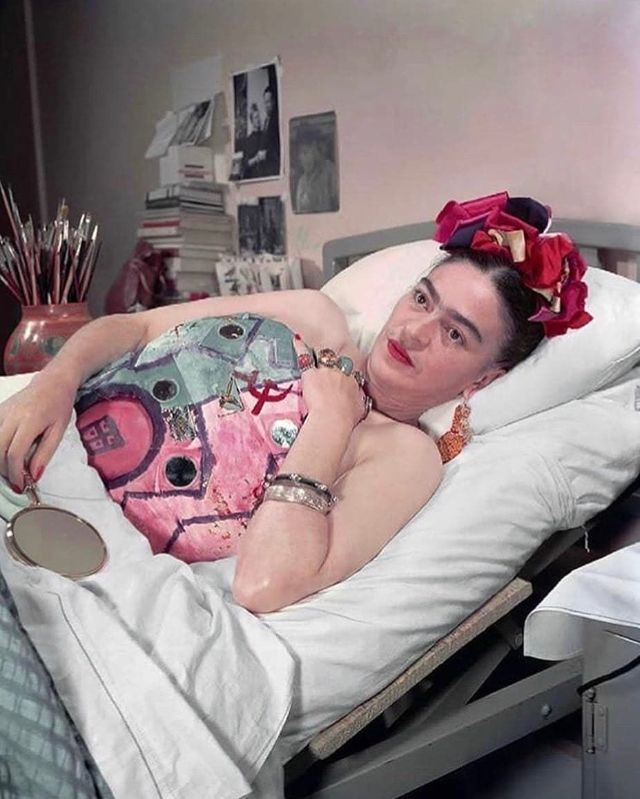 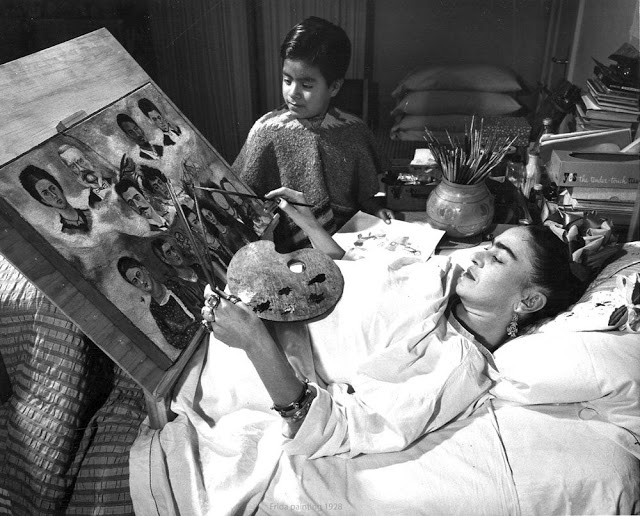