In 1963, a man in the Nevşehir Province of Turkey knocked down a wall of his home. Behind it, he discovered a mysterious room. The man continued digging and soon discovered an intricate tunnel system with additional cave-like rooms. What he had discovered was the ancient Derinkuyu underground city, part of the Cappadocia region in central Anatolia, Turkey. 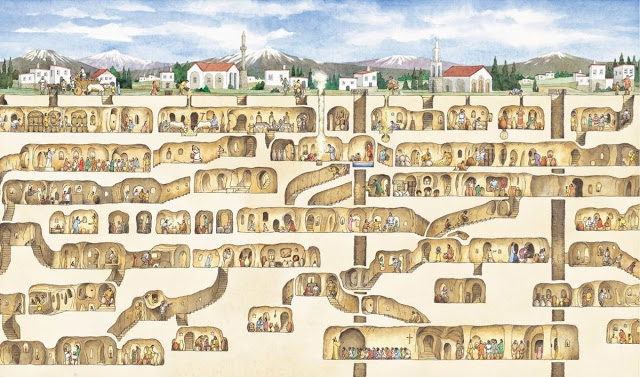 The elaborate subterranean network included discrete entrances, ventilation shafts, wells, and connecting passageways. It was one of dozens of underground cities carved from the rock in Cappadocia thousands of years ago. Hidden for centuries, Derinkuyu’s underground city is the deepest.

The Derinkuyu underground city has 11 levels, extending to a depth of approximately 60 meters (200 ft), it is large enough to have sheltered as many as 20,000. It has wine cellars, stables for livestock, and even what appear to be chapels. The openings to each level are guarded by a huge circular rock door that can be shut by a single person from the inside to keep people out. The opening in the center acts as a peep hole. It also has an air ventilation and pluming system. The largest vent also acts as a well. 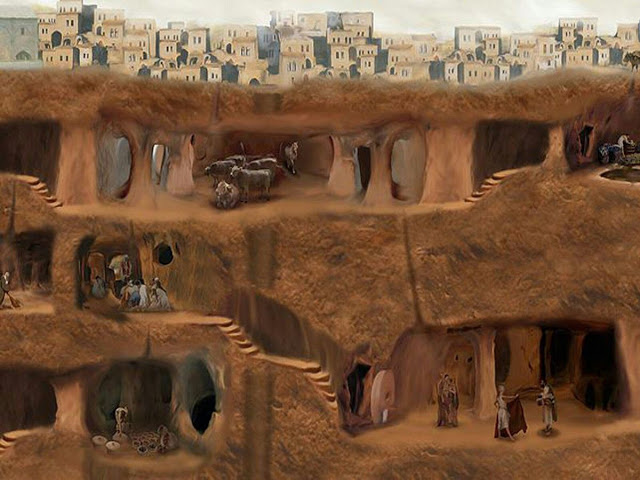 It was opened to visitors in 1969 and to date, about half of the underground city is accessible to tourists.

While there is no consensus for who is responsible for building Derinkuyu, many groups have occupied the underground city over the centuries. It is believed Derinkuyu was later expanded during the Byzantine era (330-1461 CE).

During this time the underground city was known as Malakopea (Greek: Μαλακοπέα). Early Christians used the tunnels to escape persecution during raids from the Muslim Umayyad and Abbasid dynasties.

Over time the need for underground shelter in Cappadocia ebbed and flowed with different ruling empires. In peacetime tunneling efforts were reduced as resources were diverted back toward the surface. During these times the subterranean city served as cold storage facilities and underground barns.

During the Roman persecutions of the 2nd and 3rd centuries (and the Arab raids between the 8th and 10th centuries) CE, use of the underground cities increased and tunnels were expanded. 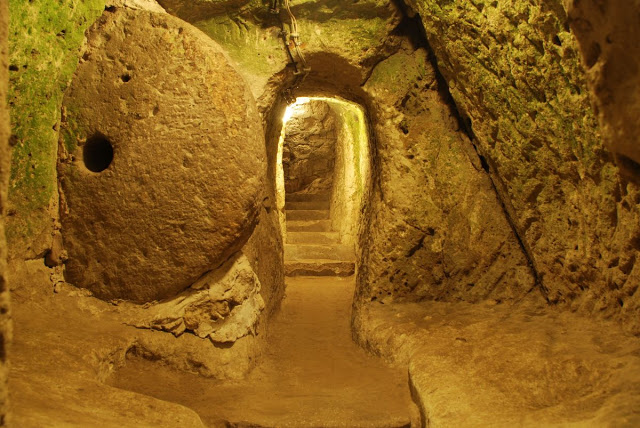 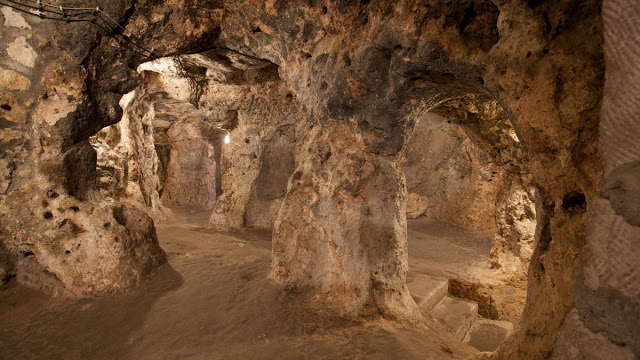 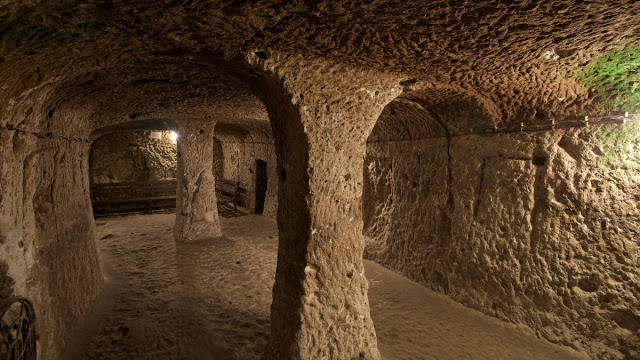 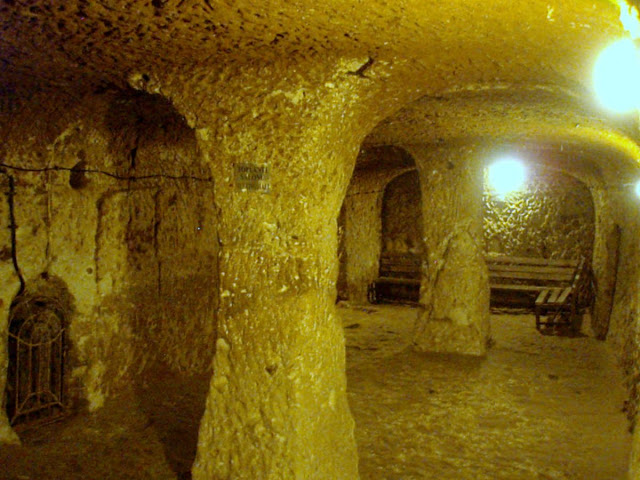 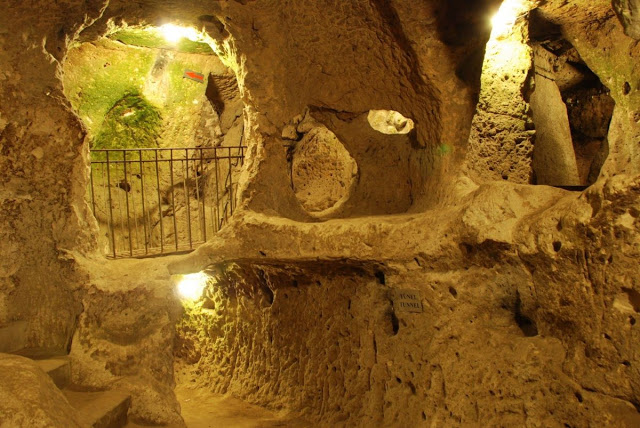