The data that Elisha Kane recorded in his journal proved to be an invaluable resource for understanding the Arctic conditions. 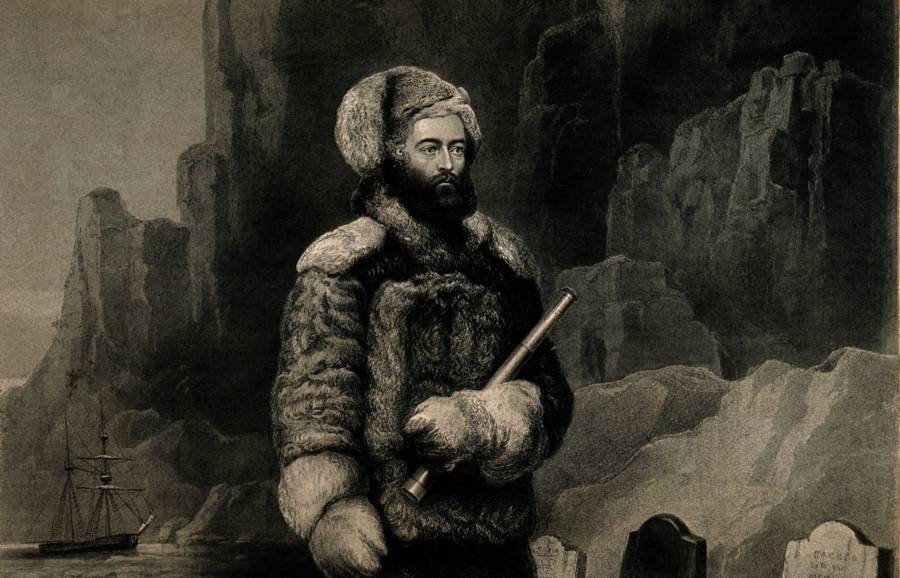 For centuries, Europeans dreamed of a way to cut short the route to Asia by sailing through the Arctic. They called this theoretical path the “Northwest Passage.” In 1845, the British dispatched famed navy commander and explorer John Franklin to finally find it. But after three years went by with no word from Franklin, the British decided to send a rescue party after him.

This first expedition to find Franklin failed as did many others over the next few years, all with significant loss of life as the rescue ships met disaster in the frozen Arctic. Finally, in 1853, the Americans offered to lend a hand and dispatched a rescue party of their own. The leader of this expedition was a man named Dr. Elisha Kane.

Kane was a naval surgeon with a long and distinguished career. After being given command of the U.S. Navy Ship the Advance, Kane swore to find Franklin no matter the cost.

The Advance sailed from New York to the Northwestern coast of Greenland – the last place Franklin was thought to have been seen. As Kane entered the Arctic waters, he began to realize why Franklin’s ship might have been doomed.

The ocean around the Arctic Circle is filled with icebergs, most easily capable of ripping a hole through the hull of a ship. Kane spent the next few weeks carefully steering his ship around these obstacles as he searched for the missing party. As they traveled along the coast, they buried lifeboats with supplies on the rocky shores in case some of the missing men from Franklin’s expedition were still wandering across the ice.

As winter set in, the ice collected in sheets on the surface of the water, making any progress by sea impossible. At this point, Kane decided to anchor his ship and set up a camp near an Inuit community to wait out the weather.

He had expected that this might happen and had already made preparations for a search by land. Kane brought a team of dogs with him on the expedition and began working with the Inuits to train the canines to pull a sled across the ice. 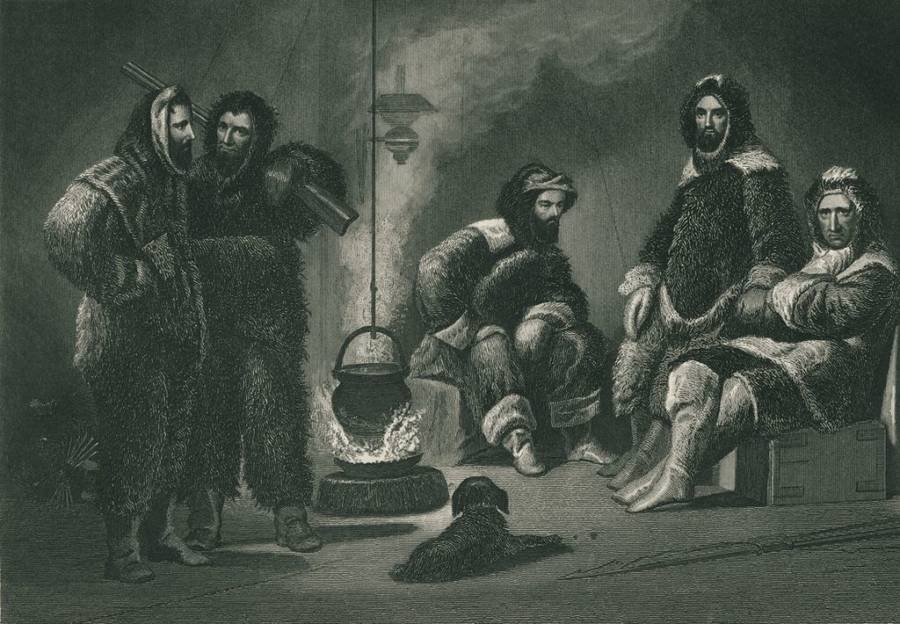 As the year went on, the Arctic entered the endless night of winter. At that latitude, the sun never fully rises above the horizon for a full 11 weeks, meaning that Kane and his crew would have to endure months of darkness and temperatures below -50 degrees Fahrenheit. To make matters worse, their food supplies were beginning to run low. By the end of the year, the entire crew was suffering from the effects of scurvy.

As Kane searched the ice flows for any sign of the Franklin expedition, the effects of the cold began to take their toll on the party. Men collapsed into the snow, exhausted. Frostbite destroyed their limbs, forcing Kane to amputate them. If that wasn’t enough to break their spirits, the party’s supply of whiskey froze solid.

Meanwhile, after the men failed to free the vessel, the advancing ice overtook their ship. Kane’s rescue expedition was now in desperate danger of starving to death themselves. With no other option, Kane decided they would have to make it back to civilization overland.

Kane ordered the lifeboats lashed to the dog sleds and the crew prepared for the march across the ice to open water. It would be 83 days through blisteringly-cold temperatures and across the barren ice. As the party set out, men began to succumb to the effects of hunger and the cold.

The progress was slow and the only food to eat was birds and a few seals that the party managed to catch. But thanks to Kane’s leadership and the help of the Inuit, only one member of the party failed to make the crossing.

On the 84th day, Kane’s expedition reached the settlement of Upernarvik in Greenland a full two years after they left the United States. There; they received word that the remains of Franklin’s expedition had been found.

They had become locked in ice like Kane. But while Kane’s party survived, the Franklin expedition had succumbed to starvation. The bones of the dead showed signs of cannibalism. 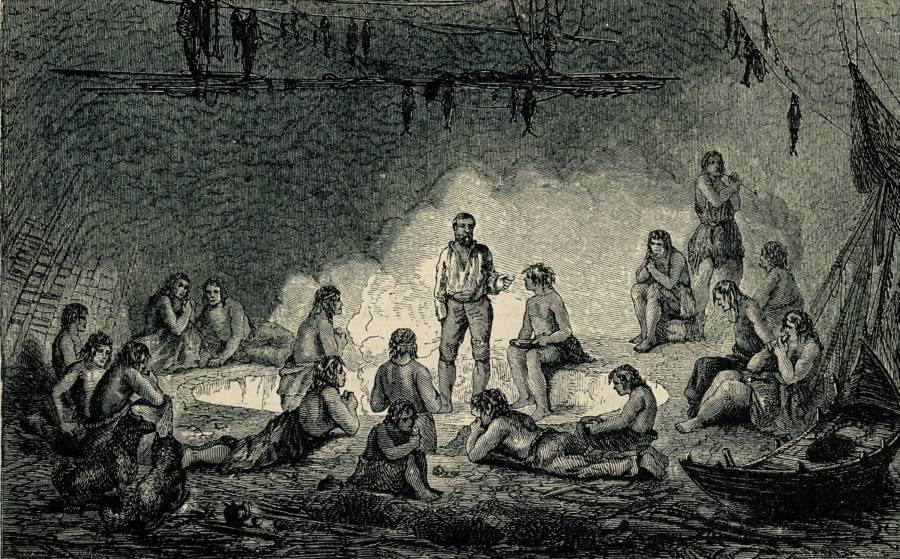 Though they didn’t find what they were looking for, Kane actually made it 1,000 miles farther north than even Franklin had. The data that Kane recorded in his journal proved to be an invaluable resource for understanding the Arctic conditions. His use of sled dogs and Inuit survival techniques, which many European explorers refused to consider, revolutionized the field of Arctic exploration.

Enjoy this article on Elisha Kane? Next, learn about another badass artic explorer in Peter Freuchen. The check out these photos of Inuit people before and after Canada ravaged their way of life.