While he’s known for his menacing look and ship, Blackbeard actually came from a very surprising and enriched background. 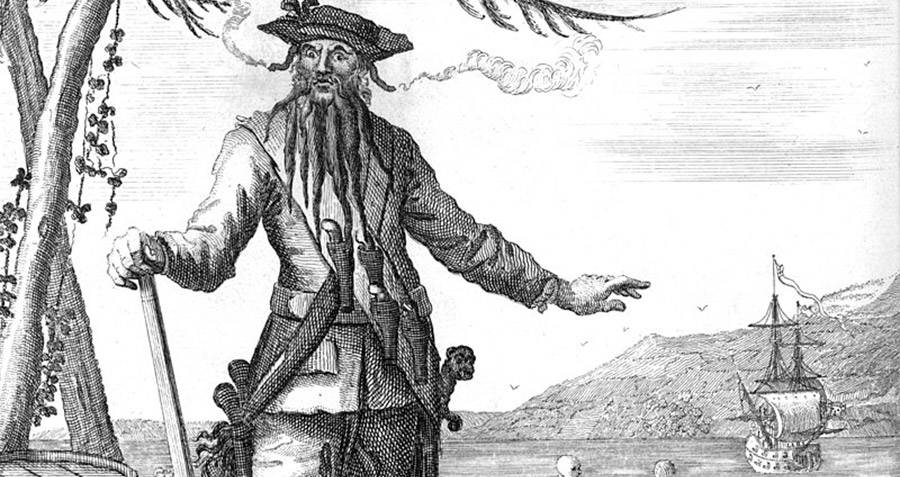 Captain William Wyer and his crew were loading up their cargo during a routine trade voyage in the Bay of Honduras when they beheld a terrifying site. Bearing down on them from the waters was “a ship …with black flags and deaths heads in them.” The infamous skull insignia could mean only one thing: pirates.

Wyer’s first mate went to investigate further and reported back that the ship was enormous, carrying forty guns and 300 men. This was what the Captain and every sailor on either side of the Atlantic dreaded hearing. The massive vessel could be none other than the Queen Anne’s Revenge, captained by the most feared pirate on the seas: Blackbeard.

Dressed all in black with six pistols strapped to his chest, the famed swashbuckler would tie slow-burning fuses in his long black hair and beard, giving the impression he was more demon than man as he boarded the ships of his prey. These theatrics also served a useful purpose as some crews were so terrified by his appearance and reputation they would surrender their cargo without a fight, which is exactly what Captain Wyer and his men did. 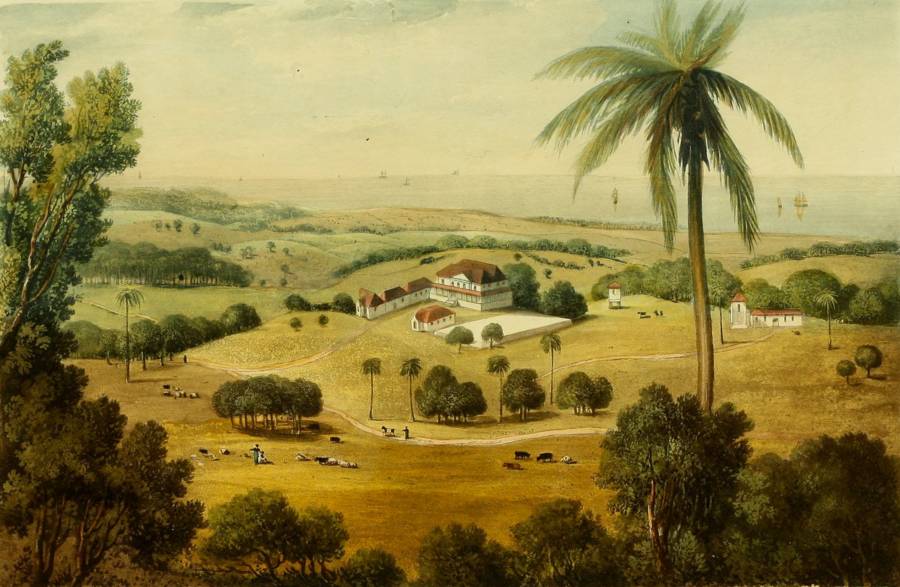 Wikimedia CommonsBlackbeard may have come from a wealthy family of plantation owners on Jamaica.

Although Blackbeard had already become a legend in his own time, very little is known about him before he became the world’s most famous pirate.  It is generally accepted that his real name was Edward Teach (alternatively spelled, Thatch, Thach Tack and Theach), but even this seemingly simple fact is up for debate. He was in his late thirties or early forties at the time of his death, which would put his date of birth around 1680.

There are indications that Blackbeard was born into a well-off and “respectable” family since he could read and write. There is evidence he corresponded with everyone from merchants to the Chief Justice of South Carolina. His ease in interacting with colonial governors as well as fellow pirates also suggested that he was “accustomed to moving in high circles.”

Government documents recently unearthed in Jamaica may offer some new evidence to support this theory. Although the “Thache” family mentioned in the records may have originally been from elsewhere, young Edward’s father owned a plantation on the island, which would have indeed placed him in high social circles. 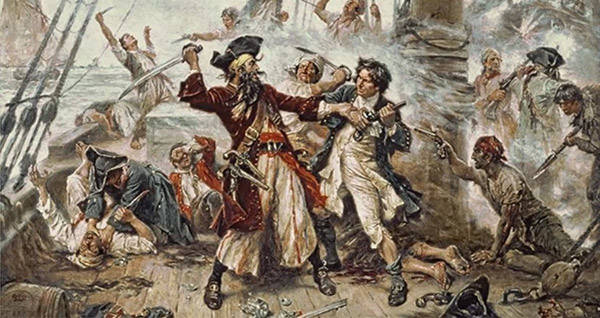 The first record of Blackbeard’s pirating activities comes from the 1716 account of Henry Timberlake, whose ship was looted by Benjamin Hornhold with an assist from “Edward Thach, Comander of another sloop.” It is impossible to tell how long Blackbeard had been a pirate by then, or what he had gotten up to before.

Edward Teach has been lost to history, partly because the nickname “Blackbeard” in itself became so legendary. The first written reference to what would become the world’s most famous pirate nickname is a 1717 letter describing pirates who had been terrorizing ships off Philadelphia, led by  “One Cap[tain] Tatch All[ia]s Bla[ck]beard.” 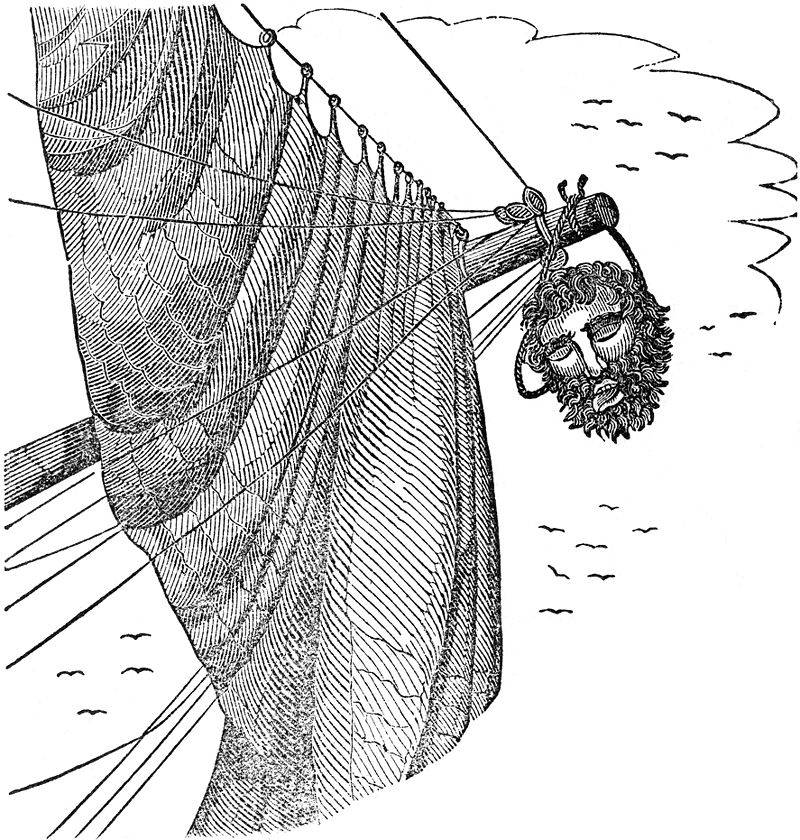 Wikimedia CommonsWhen Blackbeard finally met his end, his vanquishers tied his severed head to their bow.

The letter suggests the name was already in use, although there are no sources explaining how it originated. In 1717, Henry Bocstock surrendered his ship to Teach, whom he described as “a tall Spare Man with a very black beard which he wore very long.” Facial hair was extremely unfashionable in the 18th century, and no well-respected gentleman would dream of having a full beard. Teach might have grown out his beard in a kind of rebellious fashion statement, or simply to enhance his fearsome appearance.

Edward Teach did an excellent job of establishing his terrifying reputation, which would live on long after his death. When the gentleman pirate met his end at the hands of the British Royal Navy and lieutenant Robert Maynard, it was rumored his decapitated corpse swam a few laps around his ship before finally disappearing below the water.

Next, read about how Anne Bonny and Mary Read changed the face of female piracy. Then Meet Bartholomew Roberts, the most successful pirate of all time.