Burt Munro was almost 70 years old, but that didn’t stop him from setting several world records. 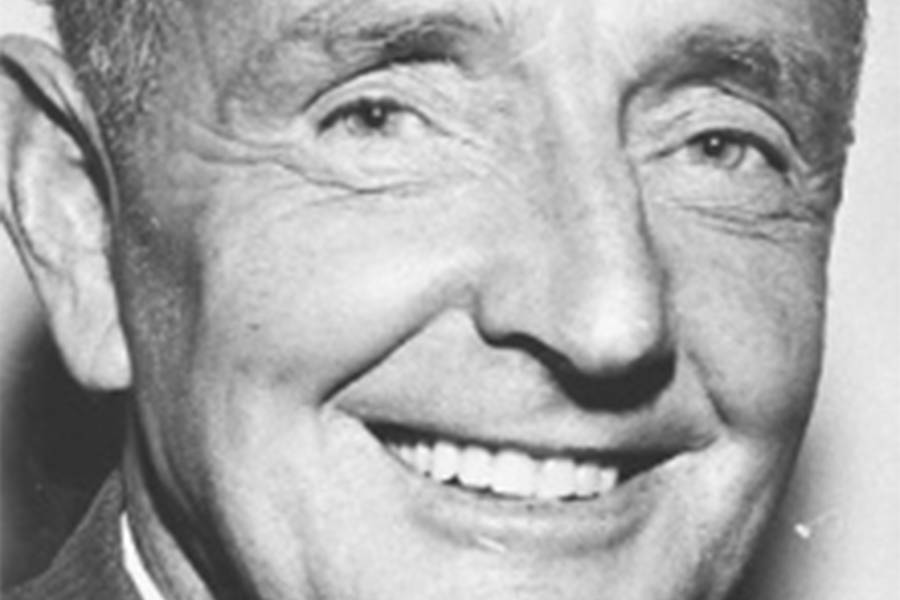 Have something interesting to say about Burt Munro? Tell us below!

In 1967, New Zealander Burt Munro mounted his motorcycle and readied himself to break a record.

As he took off, he pushed his Indian to its limits, hoping that the last 20 years he’d spent customizing it for this specific purpose would be worth it. He’d poured his life, and his life’s savings into this ride, and should it fail, he’d likely go under.

Within a few moments, his fears were forgotten, as the streamlined Indian reached 184 miles an hour, practically flying over the shiny surface of Utah’s Bonneville Salt Flats. As he returned back to the starting line, he got the news – he’d broken the world record, and gone faster than anyone had before him on a motorcycle.

He was made a legend, and his bike became the world’s fastest Indian.

Perhaps the most shocking part of Burt Munro’s story is Burt Munro himself. At the time that he broke the record, Munro was 68 years old, a few months shy of his 69th birthday. His record-breaking bike, a modified, customized Indian Scout, was 47 years old. With a combined age of over 100, Munro and his Indian were an unlikely duo.

Even despite his age, Burt Munro’s early life made him an unlikely candidate for a motorcycle racing world record holder.

He’d been born into a middle-class farming family in Edendale, New Zealand in 1899. He’d worked as a farm hand, and had developed an interest in racing horses when he saw them galloping across the farm, though he never pursued it. His family discouraged his interest in anything besides farming, and he soon fantasized about joining the Army, just for a chance to get out of Edendale.

He never got the chance to go to war, despite being in the midst of World War I, and he remained on the farm through the early 1930s. When the Great Depression hit, he found work as a motorcycle mechanic, and his interest in racing motorcycles began to pique.

Before long, he was fixing up motorcycles, and racing them in different clubs around New Zealand. He soon became one of the top motorcycle racers in New Zealand, and later in Australia. 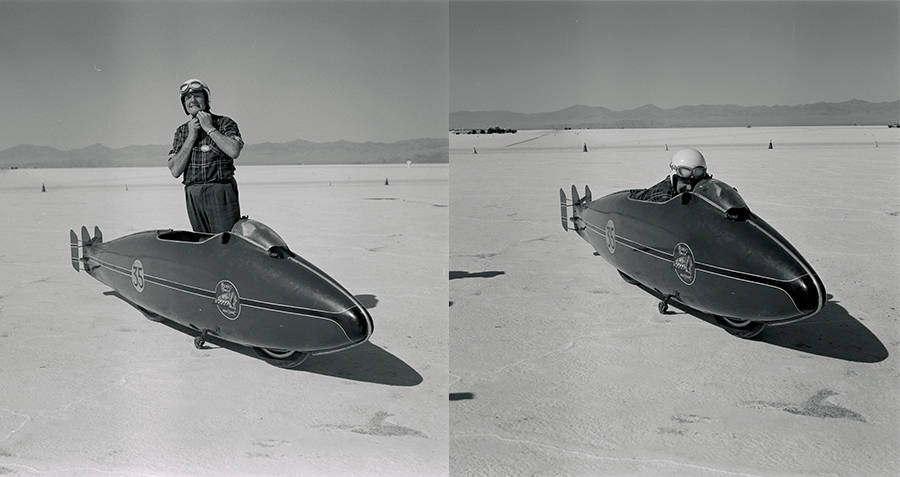 Burt Munro soon became driven to break the world record for racing and realized that in order to do that, he was going to need a better bike.

Munro’s Indian Scout was one of the earliest models that Indian put out, and was an extremely basic motorcycle. When he bought it, the bike’s top speed was 55 mph, hardly worth even attempting to race. Over the next 20 years, Munro would devote his life to making the Scout worthy of a record-holding title.

Despite having almost no extra time and cash, as his job as a salesman was full time and paid very poorly, Munro eventually found a way to modify his bike.

Working overnight, sometimes not sleeping for days at a time, Munro would use the tools he had access to in the bike mechanics shop. To save money, he would cast his own parts from old tins and repurpose scrap metal from the motorcycles he fixed during the day. As he worked on his bike, he researched the best places around the world to race and eventually found the perfect site – the Bonneville Salt Flats in Utah, USA.

Between 1962 and 1967, Burt Munro visited the Bonneville Salt Flats ten times, setting several records, and then breaking each of them himself. Then, finally, in 1967, he set his final one. His official record-breaking speed was 183 mph, though he made an unofficial run of 190 mph later.

Though he passed away just 10 years later, of natural causes, he continued breaking records after his death. In 2014, 36 years after he died, his son noticed a calculation error in his records. After contacting the American Motorcycle Association, he had his father’s records changed to reflect that he had actually gone 184 miles per hour, rather than 183.

Indian also released a special edition of their Indian Scout, called the Munro Special in honor of Munro and his dutiful bike.