One of the strangest phenomenons of the twentieth century began as skyscrapers first began to tower over cityscapes across the country. During that era between 1905 to 1929, the first daring adventurers known as human flies began to pop up around the country to scale building with their bare hands (usually to promote various businesses). A few wore special suction gloves to help with their ascent, but many of the better known building climbers used only strong fingers, and their feet to hold grips on the building.

Fame of course was always a strong lure for the human flies. It could also be somewhat lucrative, as business would pay to see their wares advertised to the sometimes large audiences below. The climbers would advertise banks, movies, and life insurance companies (always a favorite).
Far and away the best known human fly was Harry Gardiner. Gardiner climbed his first building in 1905, and ended up having topped over 700 by the time he ended his unusual career. By midway through the second decade of the twentieth century, he was famous, and even ascended buildings during the height of his fame to sell war bonds.
Gardiner would often draw thousands to observe his ascents. In December of 1916, over 30,000 people gathered to watch him climb the Omaha World Herald building, 30,000 more came to thrill over his climb in Terre Haute Indiana, and 22,000 watched him climb to the top of a building in Denver. However, the highlight of his career was in Detroit in September of 1916 when Gardiner drew over 150,000 citizens to watch his successful ascent of the 14 story Majestic Building.
Gardiner was still performing as a steeplejack as late as 1926, whereupon he suddenly disappeared. It is said that a man matching his description was found beaten and deceased in Paris France at the foot of the Eiffel Tower in 1933. But it’s unknown whether it was actually Gardiner, or just an unlucky tourist. 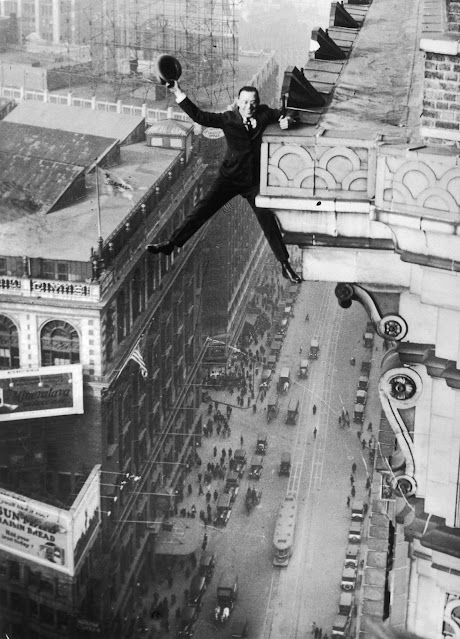