Born in 1881 in the Spanish port of Malaga, Picasso was immersed in a Mediterranean culture that both venerated and fought and killed the bull. The corrida was an integral part of his life and it had a lasting effect on him.

Matadors, picadors, horses and bulls are recurring subjects in his work but there is more to it than that, for Picasso identified with the Minotaur. As he said: “If all the ways I have been along were marked on a map and joined up with a line, it might represent a Minotaur.”

Like the mythical bull-man, he was a big beast who could not be tamed and whose animal magnetism attracted women in droves. He carried them back into his labyrinth where he enjoyed them — but could he ever find his way out again?

“The Minotaur keeps his women lavishly but he reigns by terror and they’re glad to see him killed,” said Picasso (quoted in Life with Picasso, 1964, by Francoise Gilot and Carlton Lake).

In 1949, photographer Gjon Mili first visited Picasso at Vallauris, in the South of France and took a series of portraits of the artist in minotaur mask on the beach. According to LIFE, Picasso made paper cut-outs, then had the patterns transferred to sheet metal which he folded into animals with lively personalities, turning his paper-thin material into surprisingly substantial works of art.

Mili would revisit Picasso again through the years, each time encountering yet another side of the man while also documenting the artwork that seemed to pour forth in an unending torrent from Picasso’s tireless imagination. 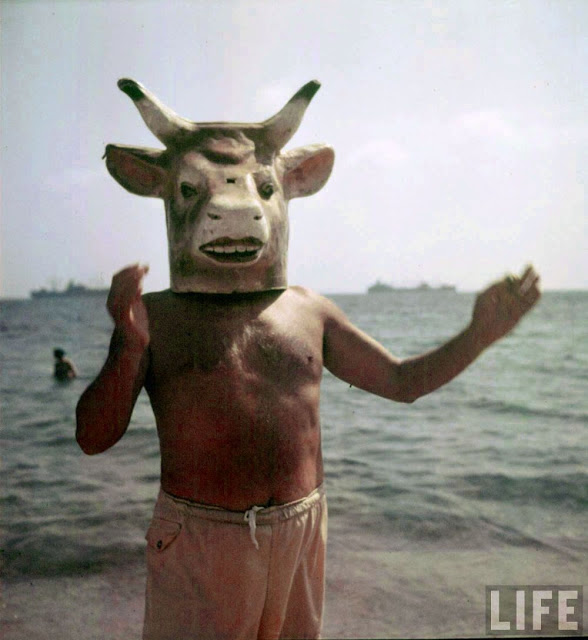 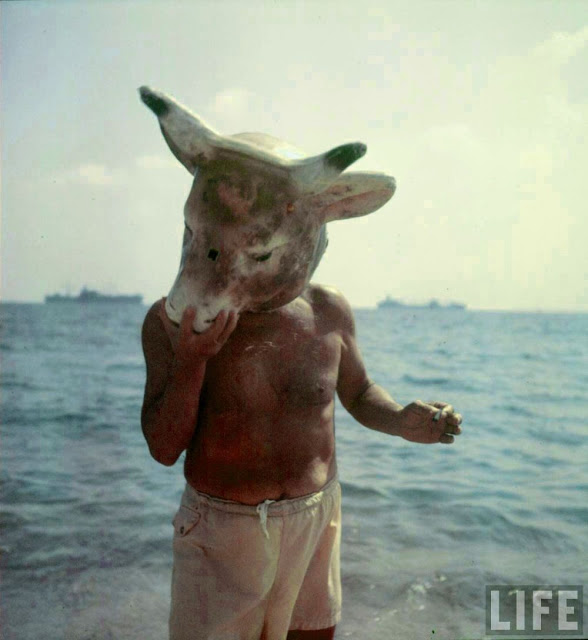 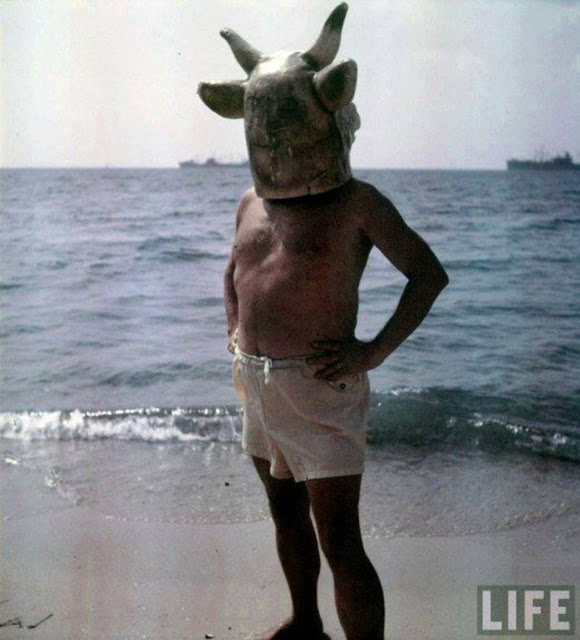