Born 1917 in Brooklyn, New York, American actress Adele Jergens rose to prominence in the late 1930s when she was named “Miss World’s Fairest” at the 1939 New York World’s Fair. In the early 1940s, she briefly worked as a Rockette and was named the number-one showgirl in New York City. 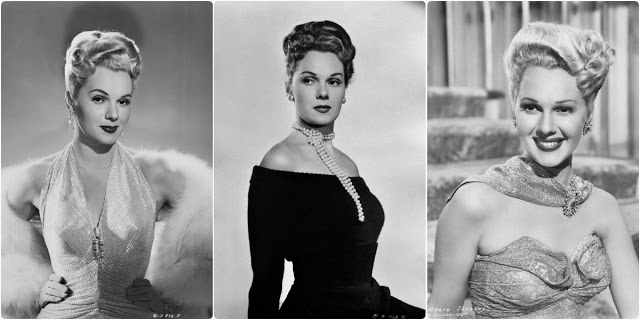 After a few years of working as a model and chorus girl, Jergens landed a movie contract with Columbia Pictures in 1944, with brunette Jergens becoming a blonde.

At the beginning of her career, Jergens had roles in movies in which she was usually cast as a blonde floozy or burlesque dancer, as in Down to Earth starring Rita Hayworth (1947) and The Dark Past starring William Holden (1948). She played Marilyn Monroe’s mother in Ladies of the Chorus (1948) despite being only nine years older than Monroe, played an exotic dancer in Armored Car Robbery, and a criminal’s girl in Try and Get Me (both 1950) and appeared in the movie Abbott and Costello Meet the Invisible Man (1951).

Jergens worked in the 1950s radio show Stand By for Crime as Glamourpuss Carol Curtis with her real-life husband Glenn Langan as Chuck Morgan. She retired from the screen in 1956, and died in 2002, from pneumonia in her Camarillo, California, home. Her death came just four days before her 85th birthday.

Take a look at these glamorous photos to see the beauty of Adele Jergens during her career. 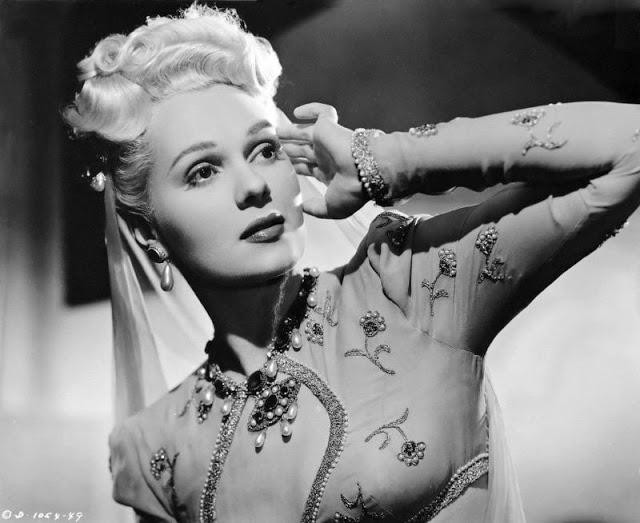 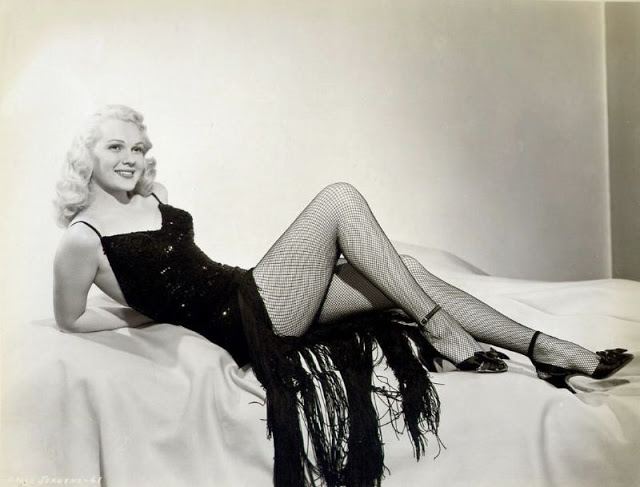 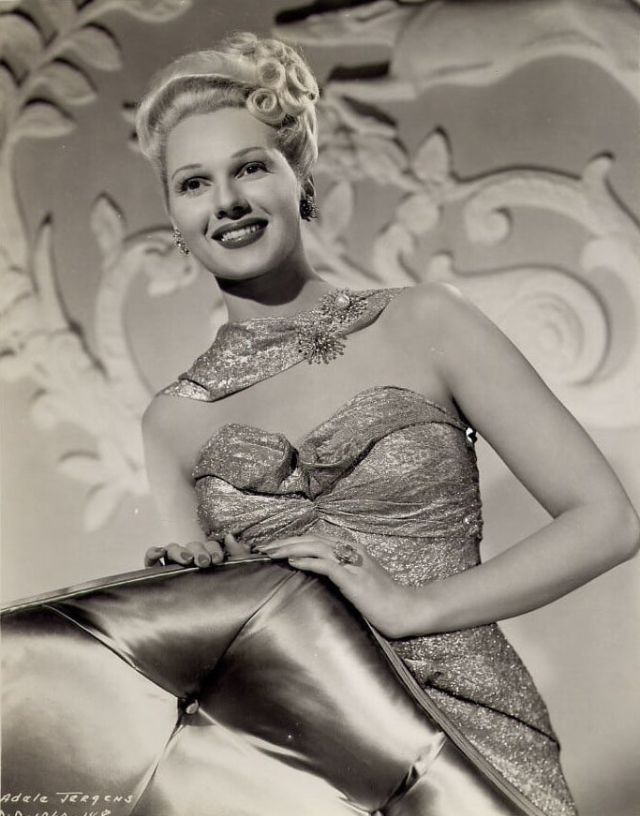 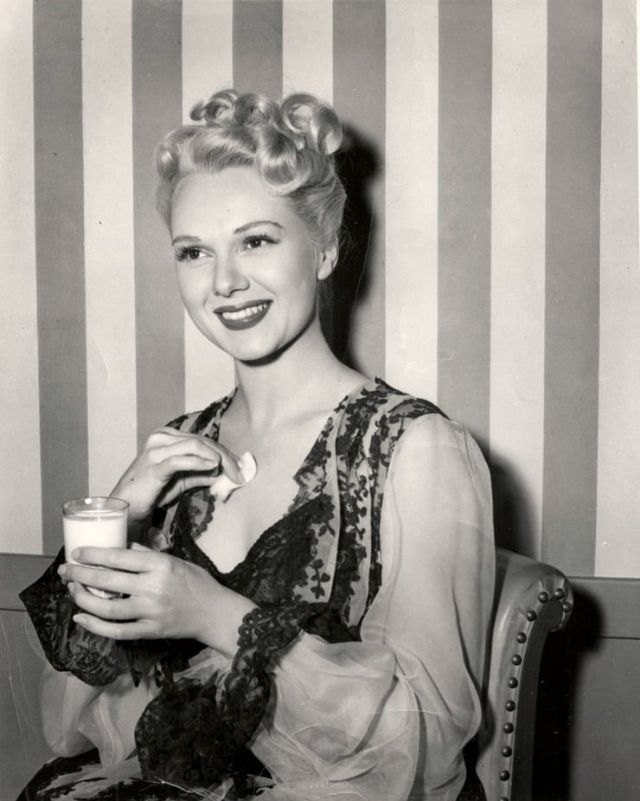