The bikini was officially invented in 1946 and named after the Bikini Atoll in the south Pacific, where the U.S. performed nuclear tests. This suit was tiny, revealing the belly button and buttocks. 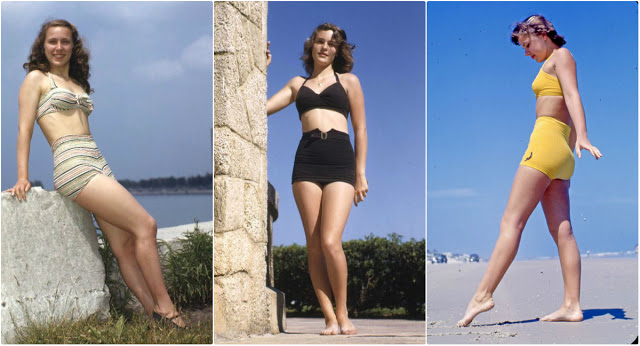 Most public beaches banned the use of this new tiny swimsuit till the ’50s.  However, this wasn’t the style of two-piece that was usually worn in the ’40s – it was a little bit too revealing.

Before the bikini, women started wearing two-piece swimsuits that looked just like one-piece bathing suits cut in half. The top was a full-coverage bra top, either with two thin straps or a halter top. The bottom looked like a tight mini-skirt, starting from the waistline and covering the entire backside. Another popular style of skirt for the two-piece was a flared skirt bottom of the same length. A top that started to gain in popularity was even more revealing – a bandeau top with strings attached to the center front that tied at the neck.

By the late 1940s, one and two-piece swimsuits were losing even more modesty. The strapless two piece was especially popular to those brave enough to wear them.

Here below is a cool set of found photos that shows amateur models of Chicago in two-piece swimsuits around 1949. 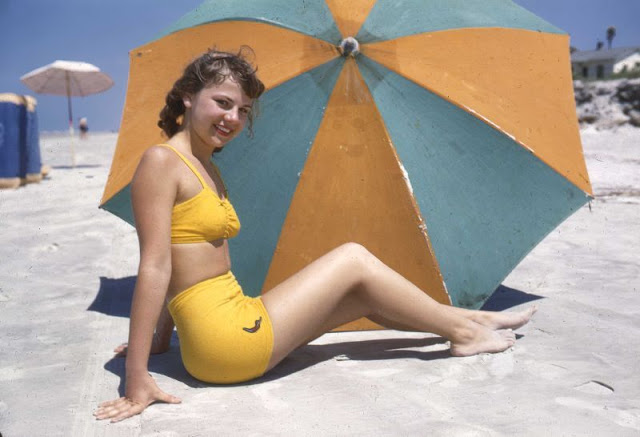 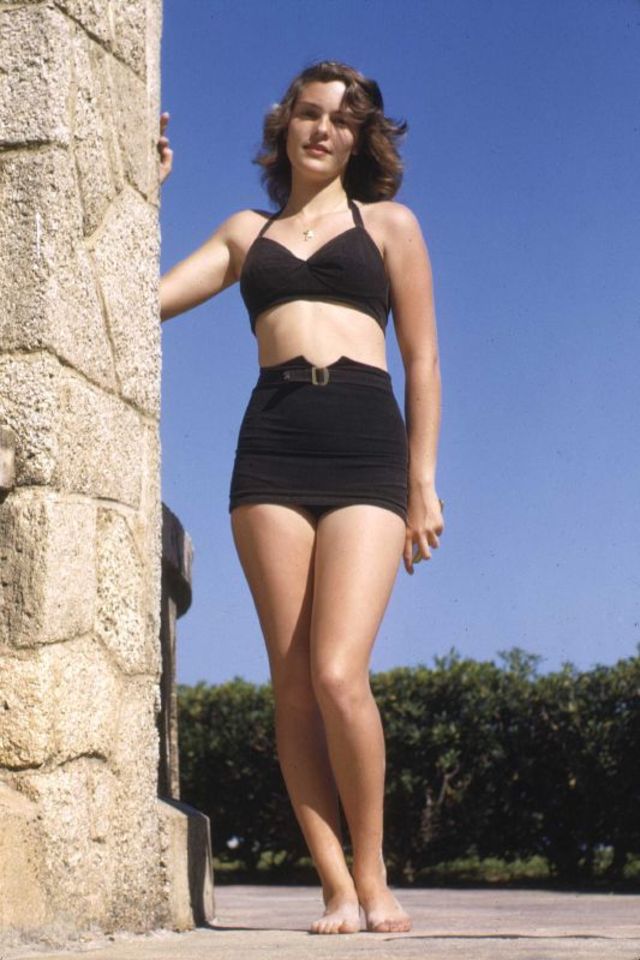 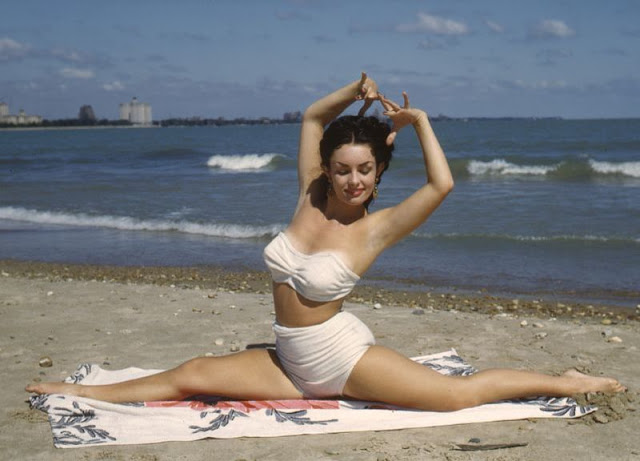 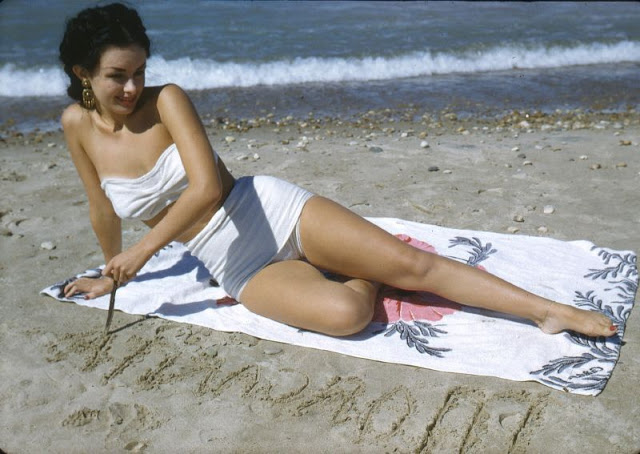 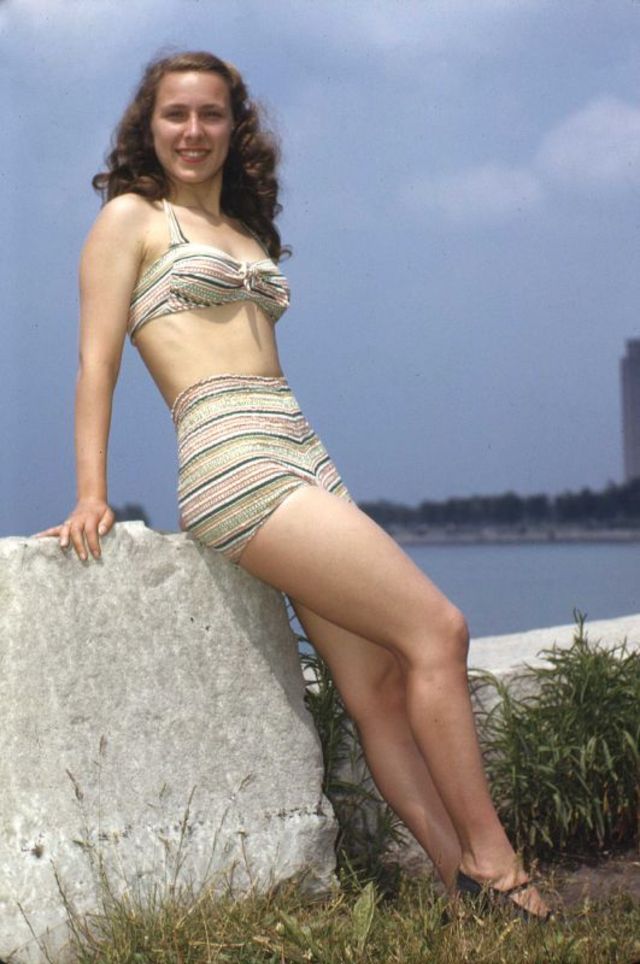